St. John’s commit Brandon Gardner ready for culture shock of move to New York, will recruit others to Red Storm 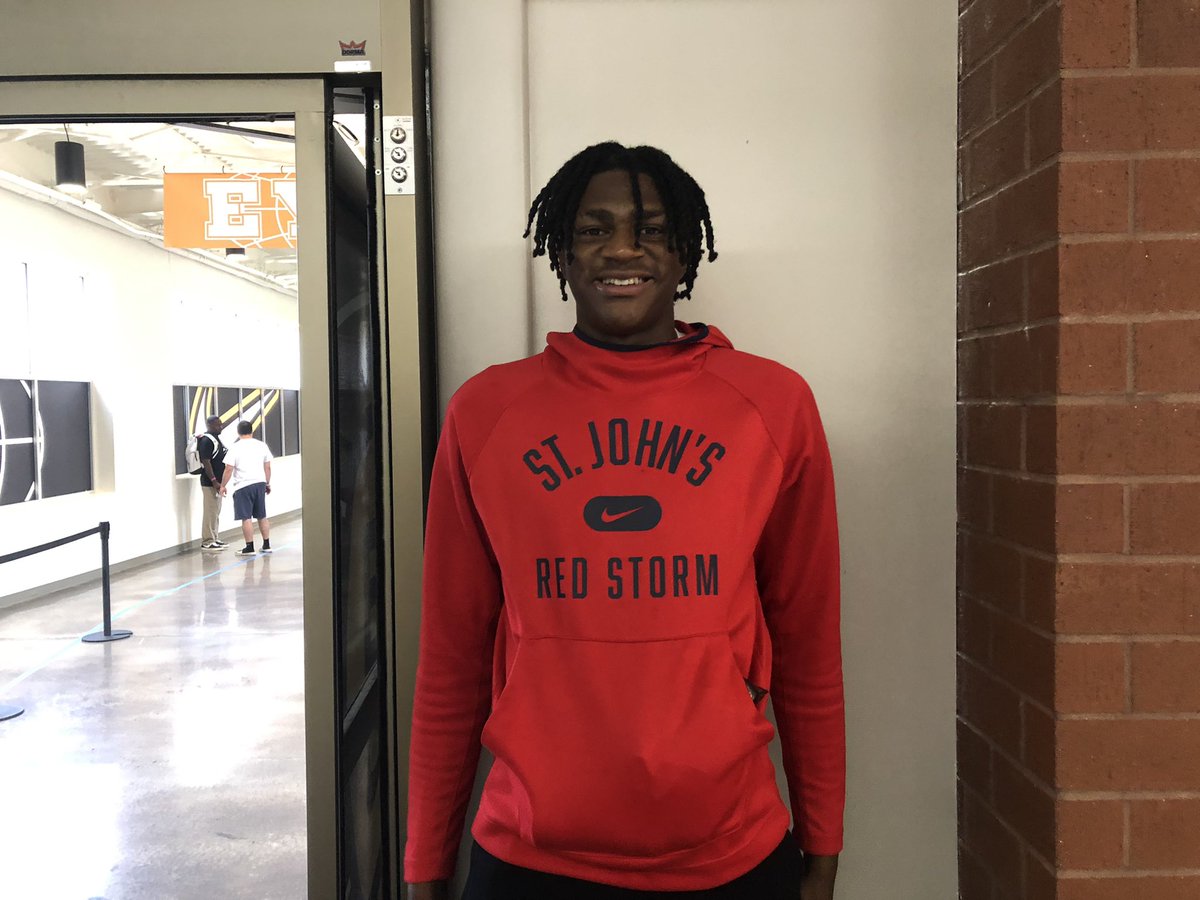 By ADAM ZAGORIA NORTH AUGUSTA, S.C. — Brandon Gardner only owns one winter coat but is getting set to move to New York City for the upcoming school year. “I honestly only have one jacket,” the 6-foot-7, 208-pound power forward who committed to St. John’s last month said at Peach Jam. He’ll need another one, and he’ll also have to get used to snow come winter time because there’s not much in his home state of Georgia. “No sir, ain’t no snow in Georgia,” he said. “Last time I saw snow in Georgia, it was 2014.” In preparation for joining the Red Storm in the 2023-24 season, Gardner is transferring to Queens powerhouse Christ the King from Raleigh Word of God (N.C.). He said his mother has already made the move to Queens to live with him. “It’s definitely a culture shock because in Georgia it’s hot every day,” he said. “It’s hot tomorrow, the next day after that and yesterday it was hot and New York, you never know what you’re gonna get.” Gardner is making the move, he said, so he can prepare for life in New York City ahead of his the start of his college career in the Big East Conference. “Christ the King, I gotta get my feet wet in New York,” he said. “I gotta get used to New York, the weather, the way people act, the way people are, I just gotta get used to New York.”

Told that there was good pizza in New York, Gardner was pleased. “Oh yeah, that’s all I eat is pizza,” he said. “I eat pizza every day.” At Peach Jam, Gardner played with a Boo Williams team that finished 3-3. He was assertive in the paint, throwing down a variety of dunks and occasionally hitting the deep ball. “I can shoot, I’ll dunk on you and I’ll block your shots,” he said of his game.

should have windmilled this 😭 pic.twitter.com/jdETguGg0C

Still, he has high standards and wasn’t thrilled with his own level of play. “I feel like I could do a lot better but I feel like I did OK,” he said. “I got my feet a little wet, you know? Because in the Big East that ain’t going to work so I need to get stronger, I need to shoot better, I need to rebound more, I just need to play harder. I’m not playing hard enough. “If I want what I want, I gotta for for it.” St. John’s coach Mike Anderson and assistant Van Macon were at all of his games showing support. “It’s a blessing because a lot of people don’t have stuff like that because Coach Anderson, that’s my guy,” he said. “Coach Macon, that’s my guy.” With his AAU career done, Gardner is now looking forward to playing for coach Joe Arbitello at Christ the King in the New York Catholic league next season. “We just gonna work, honestly,” he said. “The whole year.” Gardner will play next season with Brandon Williams, the 6-7 Class of 2023 Christ the King forward who was at Peach Jam with the PSA Cardinals. Williams is major St. John’s target and recently visited campus. He will visit UCLA and UConn in August.

Gardner plans to be in his ear next season about potentially teaming up at St. John’s. He also plans to recruit Class of 2023 guard Carl Cherenfant of Calvary Christian Academy (FL) who visited St. John’s earlier this summer. Cherenfant has taken official visits to St. John’s, Memphis and Kansas State. He is currently in the process of setting up other dates with schools, specifically LSU, Virginia Tech and Texas. “I’m definitely recruiting guys to come here,” Gardner said. “My guy Brandon Williams, my boy Carl.” Follow Adam Zagoria on Twitter Follow ZAGSBLOGHoops on Instagram And Like ZAGS on Facebook