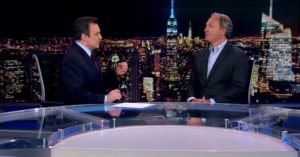 Adam Zagoria is a Basketball Insider who covers basketball at all levels.

He is an award-winning journalist whose articles have appeared in The New York Times, The Star-Ledger, Forbes.com, SLAM, Basketball Times and newspapers nationwide. A documentary filmmaker, Adam also owns an Emmy award.

Adam is the author of two books, including She’s Got Handle, called “The Hoop Dreams of the 21st Century” by The New York Times.

His second book, ULTIMATE – The First Four Decades, documents the colorful history of Ultimate Frisbee and was featured on ESPN’s Cold Pizza.

He has attended more Neil Young, Bruce Springsteen, Rolling Stones and Allman Brothers Band shows, and competed in more Ultimate tournaments, than he cares to remember.

Adam lives in Manhattan with his wife and two children.