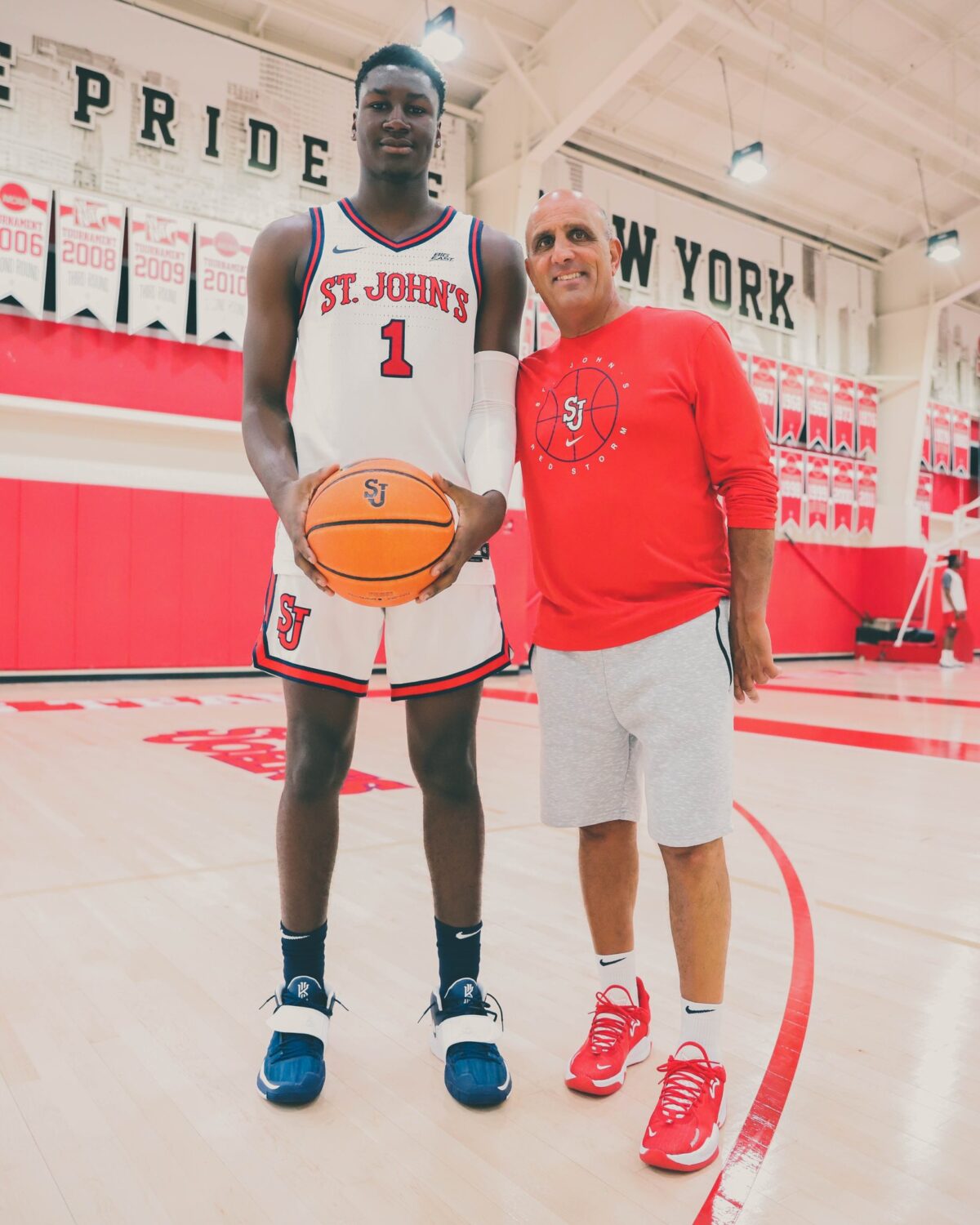 By ADAM ZAGORIA Carl Cherenfant, the 6-foot-5, 193-pound shooting guard from Fort Lauderdale (FL) Calvary Christian, took an official visit to St. John’s this week. Ranked the No. 13 shooting guard in the 247Sports.com Composite, he is being recruited by St. John’s assistant Greg “Shoes” Vetrone. “The visit went really well,” he said. “I loved the environment, who they are as a program and what they are building. “They were strong about their message. They think my offensive and defensive play could fit right in what they love to do, which is play fast and defend hard, come in an impact winning.” He added: “I could see myself definitely playing there, like I could a lot of places because of my ability to do everything on the floor at a high level and continuing to get better.” Cherenfant also plans to visit LSU, Texas, Virginia Tech and UCF but has no visits planned. He hopes to narrow down his list of schools after July. St. John’s this month also hosted Class of 2023 guards Silas Demary Jr. and Elijah Gertrude. “Elijah has as much upside as any guard in the 2023 class,” said City Rocks coach Jimmy Hart of the Hudson Catholic (NJ) guard. “For starters he was 16 years old the first two sessions of EYBL just turning 17 in late April. He’s incredibly grounded and humble and has a motor on both ends of the floor. “He may be the best on ball defender in the class,” Hart added. “In Session 2 he held leading scorer DJ Wagner to 7 points, 5-star PG Layden Blocker to 6, MoKan point guard Trey Green to 8 and 6-7 5-star wing Justin Edwards to 6-of-19 shooting. “Elijah has explosive athleticism that translates in games, catching lobs, put backs, chase down blocks, rebounds above the rim and the ability to blow by the quickest defenders. Anyone that’s doubted his ability to shoot the ball from 3 has paid dearly as he is shooting over 40% from deep. “He’s a high-major guard whose best days are ahead. I’ve been around a long time and I have zero doubt that he is Top 50 in the Class of 2023.” Rutgers, Seton Hall, Iona and Pittsburgh are among the other schools involved. “I’ve watched St. John’s play a little bit and I like their playing style,” he told 247Sports before his visit. “They play how I play. They get up and down the floor and they play aggressive defense, so I like that. They are in transition in offense and like I said that aggressive defense, so I really like the way that they play.” Follow Adam Zagoria on Twitter Follow ZAGSBLOGHoops on Instagram And Like ZAGS on Facebook

Head coach Mike Anderson says no better place for Jones and Curbelo to ‘restart’ than with St. John's