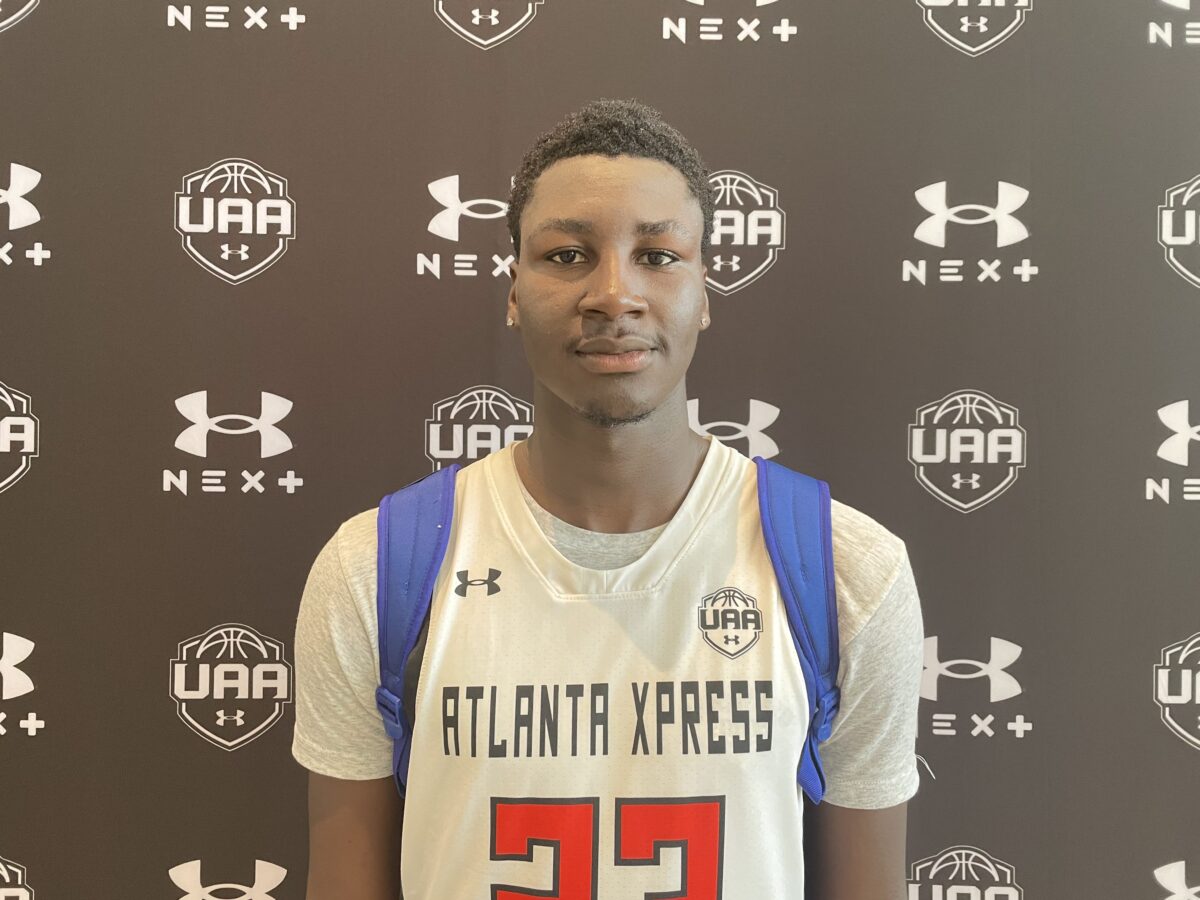 By SAM LANCE CHICAGO — Class of 2023 four-star shooting guard Carl Cherenfant has six schools recruiting him the hardest, he tells ZAGSBLOG.com.  The 6-foot-4, 175-pound guard from Calvary Christian Academy (FL) and the Atlanta Xpress AAU program said LSU, Mississippi State, St. John’s, Memphis, Virginia Tech and Illinois are recruiting him hardest. He gave a quick break down of each school:  LSU: “They’ve been recruiting me hard since the new coaching staff got there with Matt McMahon and Cody Toppert. They are a great program. Obviously, coach Matt coached JA Morant at Murray State. He talks to me about how he lets his guards play freely. Cody, too, talks about my versatility offensively.” Mississippi State: “They love my game offensively, what I can bring. They have a lot of older guys who are leaving next year, so they are looking for some young guys that can play right away, and they think I fit that mold over there.” St. John’s: “They’ve been on me probably the hardest. They love my game. Defensively, what they do over there, they think my game translates to their system in the Big East — pressing, playing fast and defending.” Memphis: “I have a great relationship with coach Penny Hardaway, the coaching staff over there. They just recently got some new guys, but they are on me hard. They think I fit their system as a versatile player that can do everything on the floor and contribute to winning.” Virginia Tech: “They want me to come in and be an explosive guard, which they think they don’t have that caliber type of player there right now to put pressure on the rim, defend multiple positions. It’s more spot up guys who can shoot, not so much guys like me who can put pressure on the rim.” Illinois: “They love my game, especially Chester Frazier. He thinks I’m a mini Ayo Dosunmu actually. They love me and they talk to me all the time.” Cherenfant said he’s also being recruited by several other schools, and he hopes to narrow down his options when he returns from a tournament in Las Vegas next week. He’d like to name a list of six or seven options. When evaluating his recruitment, Cherenfant said fit will be important.  “How can I come into a system and contribute right away?” Cherenfant said. “How much do they value me as a player and as a person? Obviously, basketball wise is the biggest thing. How can I come in, and they get me to the next level?” Cherenfant has taken official visits to St. John’s, Memphis and Kansas State. He is currently in the process of setting up other dates with schools, specifically LSU, Virginia Tech and Texas.  Since Cherenfant is from south Florida, he’s a fan of the Miami Heat and grew up watching the duo of LeBron James and Dwayne Wade. He said he takes bits and pieces from them, among other NBA players to improve his game. Cherenfant is ranked the No. 13 shooting guard and No. 92 player nationally, per 247Sports. He describes himself as a do-it-all guard. “I put pressure on the rim, make shots, create for others,” Cherenfant said. “On the defensive end I can guard multiple positions, rebound the basketball. I’m versatile.” Follow Sam Lance on Twitter Follow Adam Zagoria on Twitter Follow ZAGSBLOGHoops on Instagram And Like ZAGS on Facebook