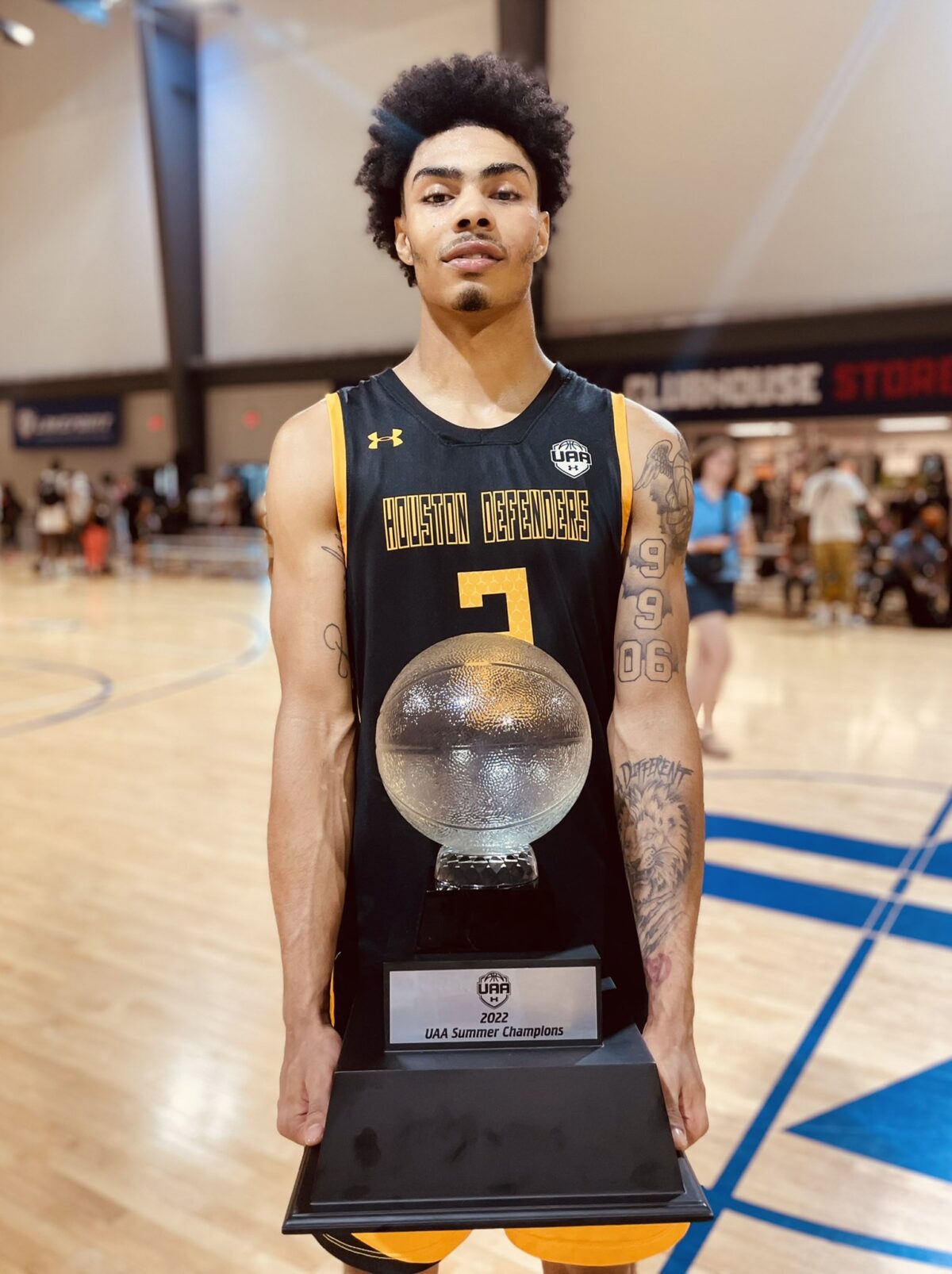 By SAM LANCE CHICAGO — Class of 2023 four-star combo guard Chris Johnson will be dropping a top seven schools list next week, he tells ZAGSBLOG.com.  The 6-foot-5, 180-pound guard from Montverde Academy (FL) and the Houston Defenders AAU program, holds offers from the likes of 18 schools. He said, though, that seven schools are currently recruiting him the hardest. Those schools include Kansas, Kentucky, Arkansas, Alabama, Auburn, UCLA, Memphis.  Johnson broke down each one of those options: Kansas: “I really like their program. I talked to coach [Bill] Self and coach [Jeremy] Case a lot. I’m actually going up there on a visit on the 25th of this month. So just going up there and seeing what it all is.” Kentucky: “I mean, it’s Kentucky. You know their background. I’ve just been talking to their assistant coaches and stuff like that. I think coach [John] Calipari is going to try and make a game this weekend, but I don’t know. We’ll see where that goes.”  Arkansas: “Coach [Eric] Musselman talks to me probably every day, or every other day. And just building a bond with their whole coaching staff. Their whole coaching staff texts me everyday.” Alabama: “Same thing. Their whole coaching staff texts me everyday, from the head coach to the assistant coaches. I just really like their program and how they do their offense.” Auburn: “Coach [Bruce] Pearl, he lets you let that thing fly. I really like their offense and coach [Wes] Flanigan. I just like their program and we’re all still talking.” UCLA: “Coach [Mick] Cronin and coach [Rod] Palmer, they really talk to me all the time and make me feel like UCLA would be a home. They say I have to go up there and take a visit.”  Memphis: “Memphis has been talking to me after — actually they offered me last year — but they’ve been talking to me a lot after that last session we had, session three for UAA. Penny [Hardaway] really likes how I’ve been. We’ve just been talking.” Johnson has taken official visits to Texas A&M and LSU, and he will visit Kansas on July 25 to round out his junior year visits. Johnson said he’ll do the rest of his visits after narrowing down his list in the fall. The guard doesn’t have any sort of ideal commitment timetable.  Johnson is ranked the No. 9 combo guard and No. 35 player nationally by 247Sports. He describes himself as a “killer” on the basketball court and feels he has a competitive nature that not too many people have. He’s also a huge fan of JA Morant, even though he doesn’t model his game after any particular NBA player.  “I just watch a lot of basketball,” Johnson said. “I don’t try to model my game after anybody, I just take little things from people’s game and try and steal it and take it into mine, so I could be a Chris Johnson and they can model their game after me.” Follow Sam Lance on Twitter Follow Adam Zagoria on Twitter Follow ZAGSBLOGHoops on Instagram And Like ZAGS on Facebook