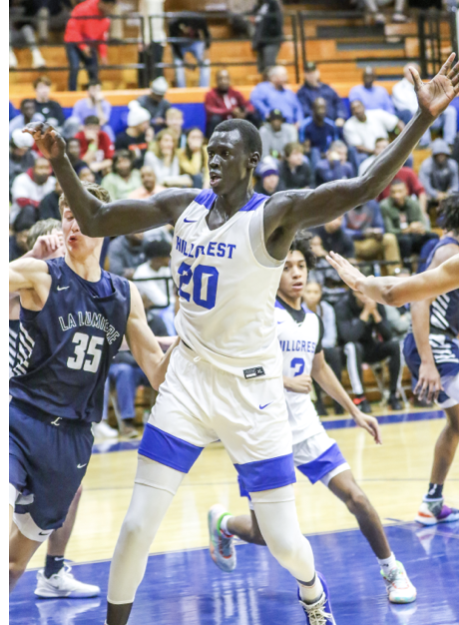 By ADAM ZAGORIA Makur Maker, the 6-foot-11 center from Howard University and the cousin of Cleveland Cavaliers forward Thon Maker, will test the NBA Draft waters but won’t sign with an agent, his mentor Ed Smith told ZAGSBLOG. ESPN reported the news this week via sources. “Makur has entered the NBA Draft,” Smith said via text message. “After training these past 3 months with 10-year NBA veteran point guard Darren Collison of ProsVision and the strength and conditioning team at Sanford Power, he is highly confident [that] if there are NBA team workouts, that his versatility, IQ, athleticism, and overall talent will land him with the best NBA team for his future. “As Darren Collison and other scouts have alluded, if Howard University’s season was not cut short due to Covid, Makur would be a lottery pick. Makur Maker is a lottery talent. “That being said and given how unexpected this Covid climate can be plus the exact format of the NBA Draft process being unknown, Makur is not hiring an agent yet.” Maker chose Howard in July 2020 over Kentucky, Memphis, and UCLA. He was ranked the No. 4 center in the Class of 2020, per 247Sports.com. He averaged 11.5 points and 6.0 rebounds in two games before being shut down indefinitely with a groin injury. Howard then canceled the remainder of its season in February due to the pandemic. Follow Adam Zagoria on Twitter And like ZAGS on Facebook