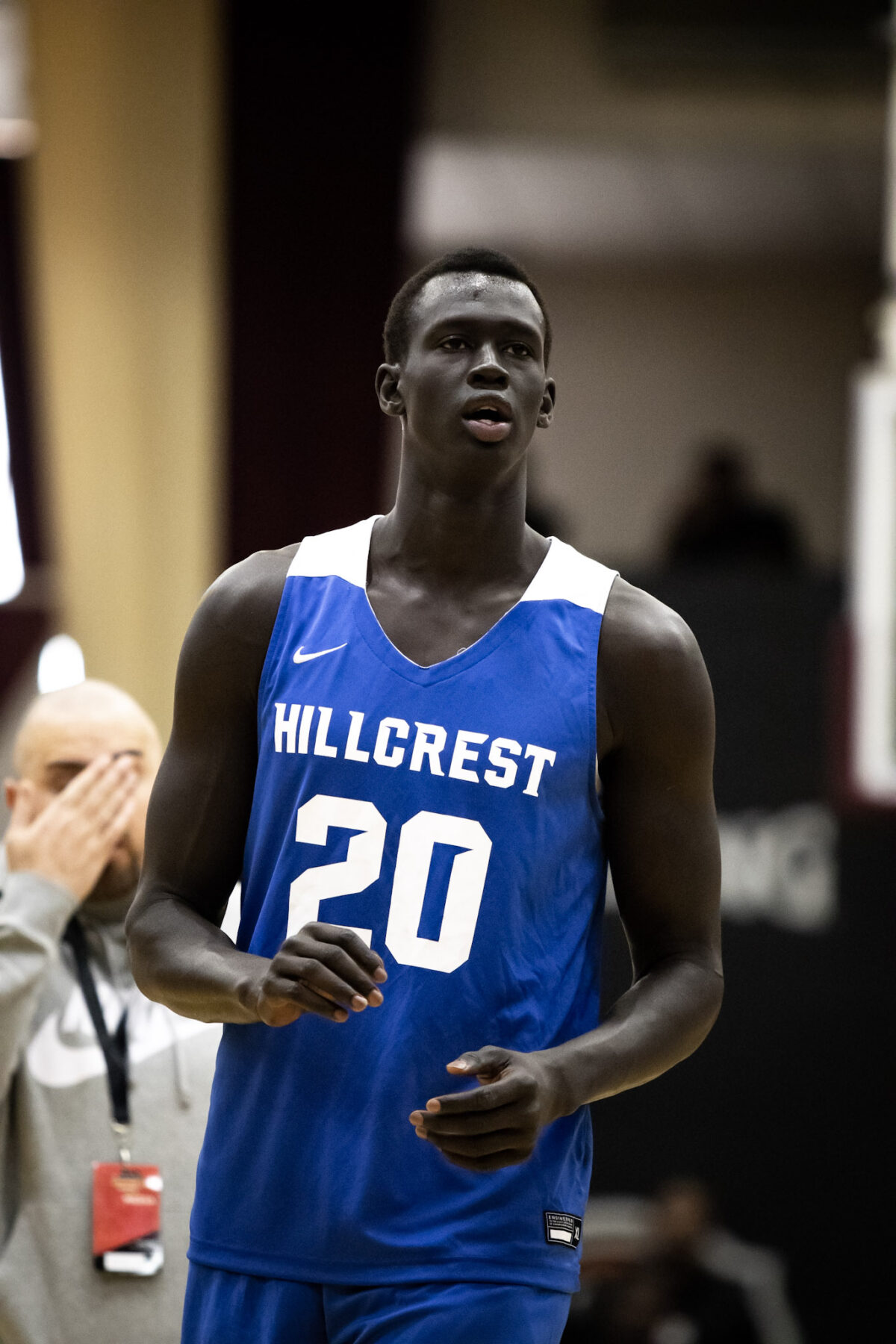 By RYAN McMULLEN & ADAM ZAGORIA Makur Maker, the 6-foot-11 center from Hillcrest Prep (AZ) and Pacific Academy, announced his commitment to Howard University early Friday morning. The 6-foot-11 Maker chose Howard over Kentucky, Memphis, and UCLA. He is ranked the No. 4 center in the Class of 2020, per 247Sports.com. Maker initially Tweeted on Thursday that he would announce his decision next week but announced hours later. Maker visited Howard last October — before the current wave of the “Black Lives Matter” movement was spurred by the murder of George Floyd in Minneapolis on May 25. “I like the approach of [Howard] coach [Kenny] Blakeney, who’s like, ‘Look at Howard. It’s groundbreaking,” Ed Smith, Maker’s guardian, said in October. “It’s something where you can come in like a Ja Morant did for Murray State and you could carve your own space. And we’ll play a tough schedule, we’ll build it around you.’ “If you’re going to go the mid-major route, then why not Howard? At the end of the day, I’m from the area. You’re in the nation’s capital, beautiful city. I’m comfortable with that area knowing the people that will be around him.” In April, Maker announced he was declaring for the NBA Draft. He would have been eligible because he turned 19 in November and was a year removed from his draft class. But he later changed his mind in the wake of the COVID-19 pandemic. Maker is not currently projected in the latest ESPN.com NBA mock draft. Now, he is looking to set the trend of high-major prospects choosing an HBCU. Freshman phenom Mikey Williams reacted to Maker’s commitment via Twitter. Photo: Daniel Fritz Follow Ryan on Twitter Follow Adam Zagoria on Twitter And like ZAGS on Facebook