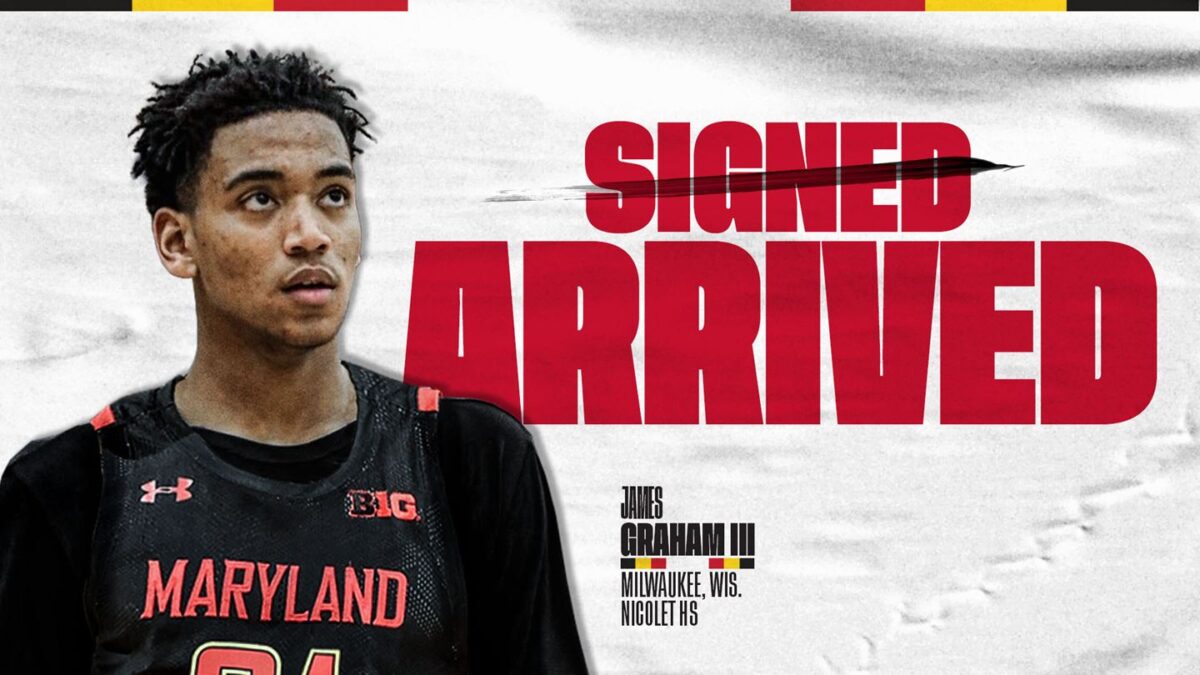 Graham officially signed with the Terps earlier this month on National Signing Day after committing in August. He will be on scholarship and will be available to play once he passes all university health protocols.

“I can’t wait to get to College Park and experience a new team, new coaches and new challenges,” Graham said. “I wanted to start early so I could maximize my abilities and get into the Maryland system. It’s all about competition for me.”

“We’re looking forward to James joining our program early and getting a headstart acclimating within our system and the weight room,” Terps coach Mark Turgeon said. “James is fully committed to finishing his high school education this semester and will join us at a later date to be announced. We can’t wait to have him in College Park.”

Graham is a consensus four-star recruit via all major recruiting publications, having skyrocketed up the boards in the last year. As a junior at Nicolet HS last year, he averaged 20.3 points and 6.6 rebounds while leading the team to a 22-2 record before the season was cut short. Follow Adam Zagoria on Twitter Follow ZAGSBLOGHoops on Instagram And Like ZAGS on Facebook