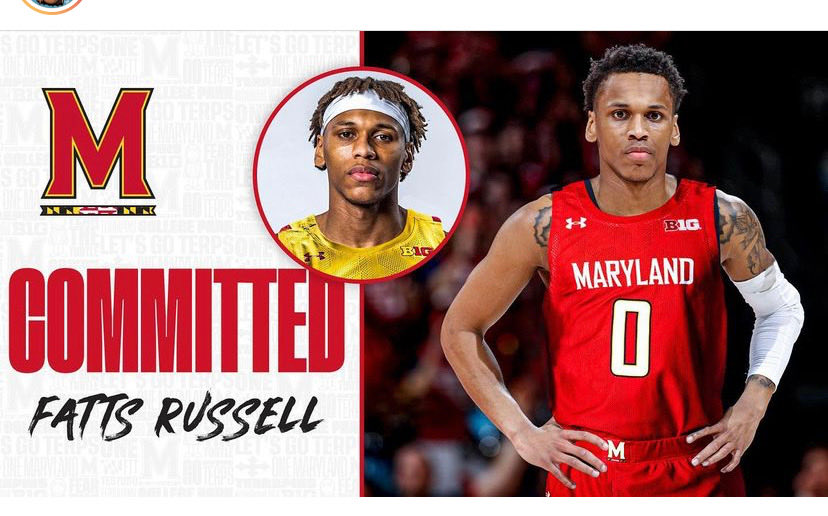 By ADAM ZAGORIA Maryland has officially signed former Georgetown sophomore big man Qudus Wahab and former Rhode Island senior guard Fatts Russell after both committed April 3. The 6-foot-11 Wahab averaged 12.7 points, 8.2 rebounds and 1.6 blocks for a Hoyas team that won the Big East Tournament title. He also considered Miami, West Virginia, Tennessee, VCU and N.C. State, and has three years of eligibility remaining. “Qudus is exactly what we were looking for in a veteran and skilled post player,” Maryland coach Mark Turgeon said in a release. “He’s a guy that has proven to be a proficient scorer, rebounder and shot blocker at this level, who will fit in with our style of play. We’ve had great success with some of our past big men and we feel Qudus has a chance to thrive in our system. He’s a great individual who really wanted to be a Terp and we are excited to have him.” The 5-foot-10 Russell, a Philadelphia native, averaged 14.7 points, 4.5 rebounds and 4.5 assists while shooting 34 percent from the field and 24 percent from deep. He has one year of eligibility remaining. “It was a tough process but I chose Maryland because I trust the coaches and I know some of the players,” he said. “It’s close to home and we are going to win.” A year ago, former Maryland big men Makhi and Makhel Mitchell transferred to Rhode Island from Maryland, so now Russell is flipping the switch and heading to the Big Ten school from the A-10 outfit. “Fatts reminds me of a lot of our recent point guards with his ability to make plays for others, score the ball and defend at a high level,” Turgeon said. “He is the perfect guard to come in and play with the guys we have coming back to help us be an elite team. With so many facets to his game, he is as well-rounded at his position as any player out there. He’ll bring veteran leadership and already has familiarity with Donta Scott, who he was teammates with in high school. We look forward to having Fatts on campus and in our program.” The Terps also bring in small forward Ike Cornish and power forward Julian Reese in their 2021 recruiting class. Follow Adam Zagoria on Twitter Follow ZAGSBLOGHoops on Instagram And Like ZAGS on Facebook