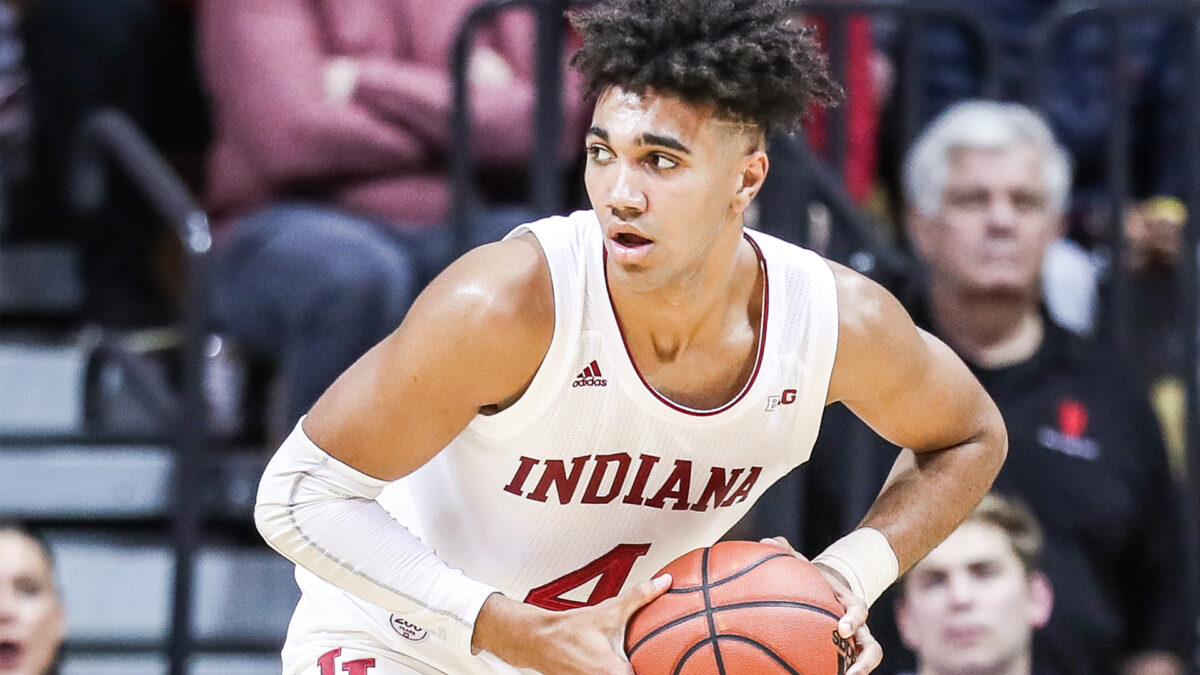 By JACOB POLACHECK Indiana sophomore forward Trayce Jackson-Davis will be returning for his junior season to play under new head coach Mike Woodson, he announced Friday. “Indiana basketball is something that I have been blessed to be a part of,” Jackson-Davis said in a statement Friday. “I believe that it is in my best interest to come back for my junior year.” Jackson-Davis, the 6-foot-9, 245-pound power forward out of Greenwood, IN, led the Hoosiers with 19.1 points, 9.0 rebounds and 1.4 blocks per game during the 2020-21 season. He started in all 27 games for Indiana, averaging 34.5 minutes per contest. Indiana announced the hiring of Mike Woodson as its next head coach on March 28, two weeks after parting ways with former head coach Archie Miller. “Hoosier Nation has been down for awhile now and I want to be a part of the change that makes it great again,” Jackson-Davis said. “One last go around with the candy stripes. Let’s get to work!” Jackson-Davis was named a third-team All-American and first-team All-Big Ten selection, becoming the first IU player since Yogi Ferrell in 2016 to be named to both teams. Indiana has seen four players enter the transfer portal this offseason: Khristian Lander, Jordan Geronimo, Race Thompson and Armaan Franklin. Photo: Indiana Athletics Follow Jacob Polacheck on Twitter Follow Adam Zagoria on Twitter Follow ZAGSBLOGHoops on Instagram And Like ZAGS on Facebook