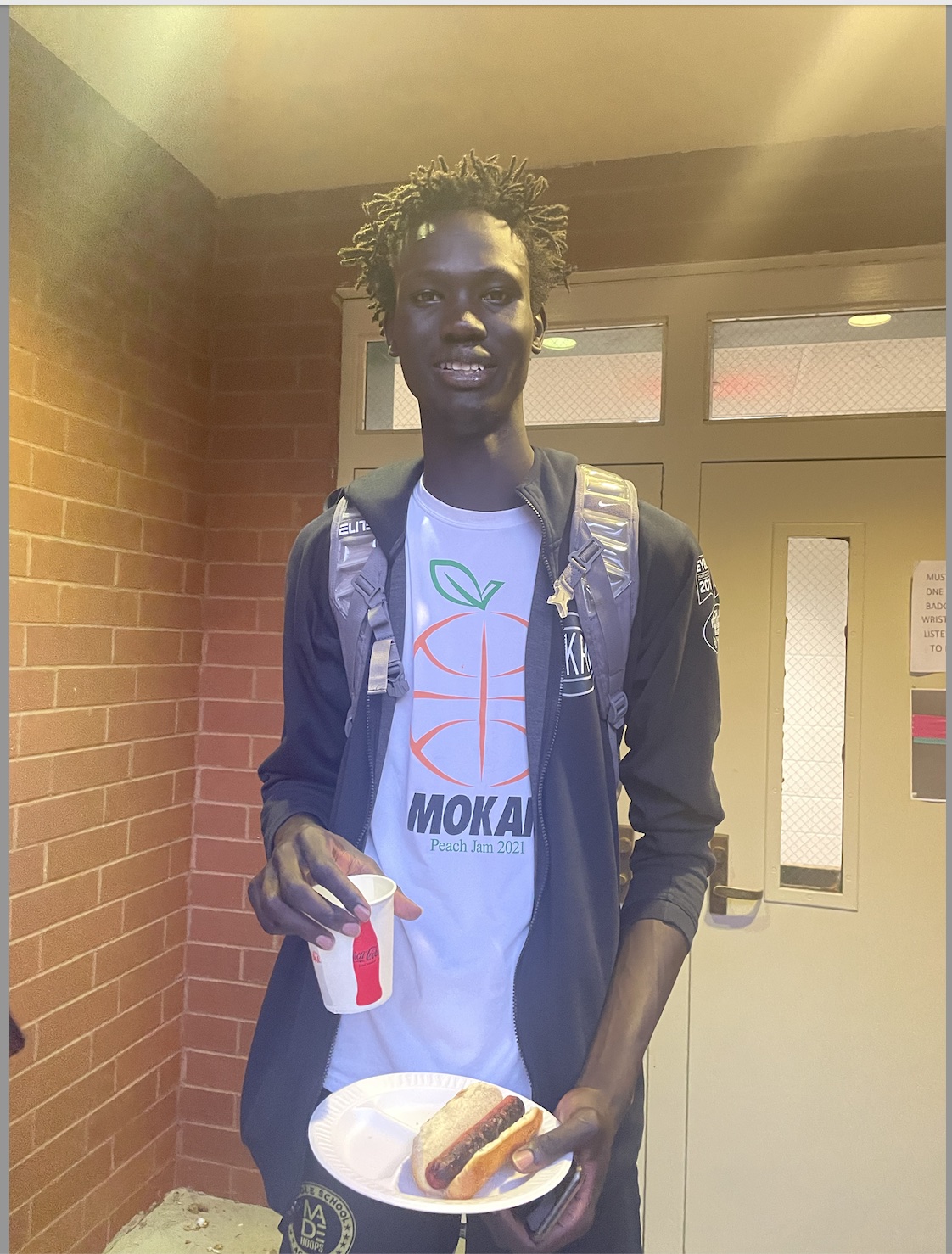 By JACOB POLACHECK NORTH AUGUSTA, S.C. — Class of 2024 five-star center John Bol has been a force for Mokan Elite on the Nike EYBL Circuit at Peach Jam as his team is set to face off in the championship game on Sunday. The 7-foot-2, 190-pound center from Sunrise Christian (KS) Academy, is currently ranked by 247Sports Composite as the No. 4 center and No. 24 overall prospect in the class of 2024. “I feel really good,” Bol said Saturday evening. “I’m excited about going to the championship. You know it’s not easy going to the Peach Jam championship, but we made it. We just have to rest right now and be ready for tomorrow.” Bol describes himself as a “big dude with a high motor.” “I can actually move good with my size,” he said. “I’m actually good on my feet too. That’s something not a lot of dudes have.” As far as the recruitment, Bol said he’s hearing from Kansas, Kentucky, South Carolina and a few other schools. He broke down the three options: Kentucky: “It’s a big school with a big name. They have done a lot of things in the past and them actually having interest in me means a lot. It means that my game is standing out and I’m doing something different for them to see me as someone worthy of being in their program. It’s nice.” Kansas: “Kansas is a good school. They just won the national championship last year, so it’s a great school and I’m just as excited as I am that Kentucky is interested in me.” South Carolina: “They have just recently taken interest in me. I don’t know much about it. That’s all I know.”  Bol also said he has a visit planned to go to Michigan sometime in September. “They’ve been talking to me for a while now,” he said. “It’s actually fun with Juwan Howard, him playing in the league and being a big man too. It’s just a good fit for me. The way he communicates with me, the way he talks with me, it’s not always about basketball. Sometimes he’ll be asking me about school, about other stuff and building a relationship. He’s a very good coach.” Bol started playing basketball only two years ago, so he said he doesn’t have a dream school, but is just “weighing my options and seeing where I can fit in good.” “It’s not only about basketball. Sometimes it’s about what goes along with that school,” he said. As for being 7-foot-2, Bol said it has it’s pros and cons. “The best part – a lot of dudes get intimidated by my height when we play. You’re guarding a 7-foot-2 dude that can actually do damage. That’s definitely going to cause a lot of problems,” he said. “Something that I don’t really like about my height is that I have to bend everywhere that I go. That’s something I don’t really like, but it is what it is.” Follow Jacob Polacheck on Twitter Follow Adam Zagoria on Twitter Follow ZAGSBLOGHoops on Instagram And Like ZAGS on Facebook