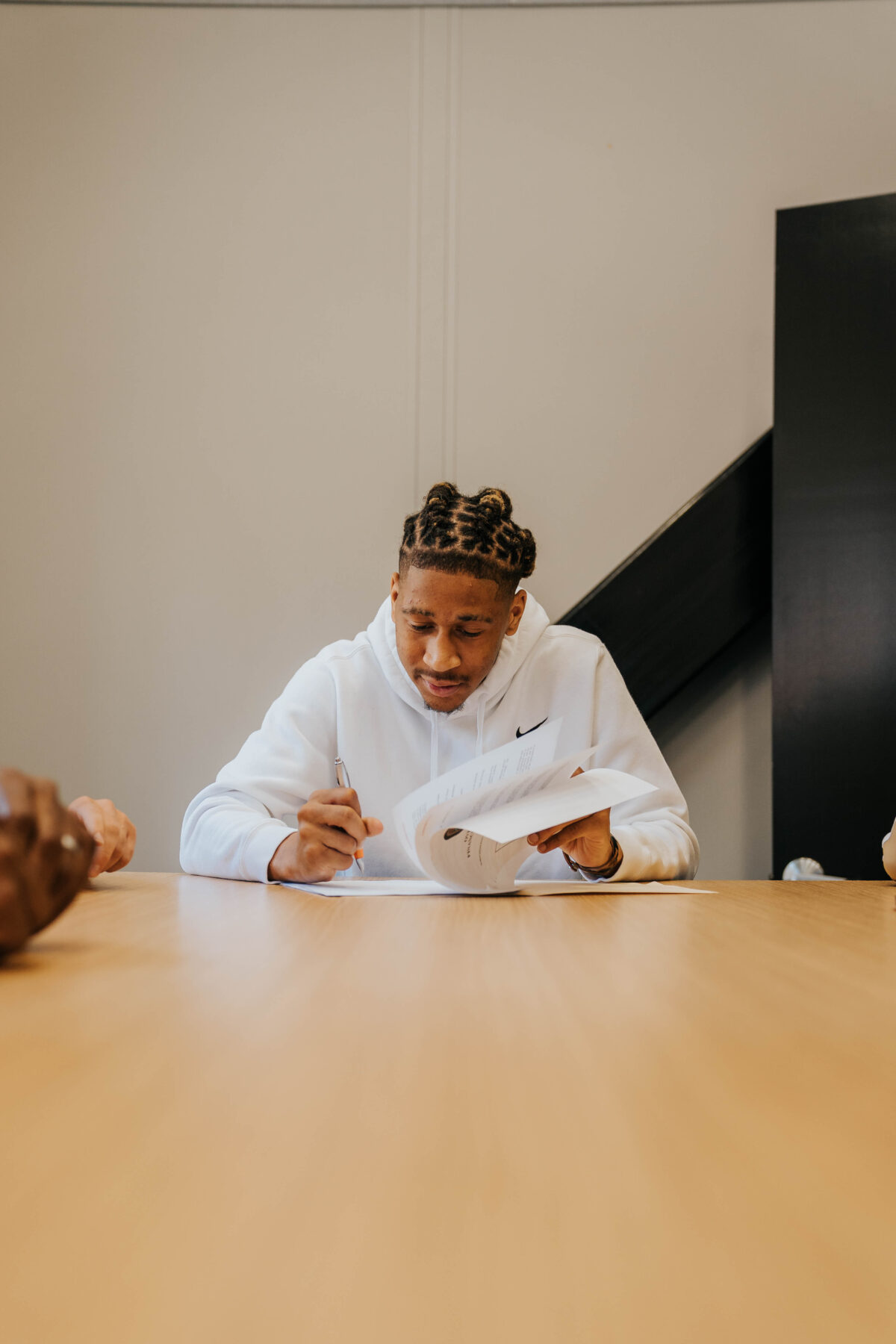 Five-star Kanaan Carlyle and three-star Treymane “Trey” Parker have signed a scholarship to join Overtime Elite for the league’s second highly anticipated season. They join class of 2024 No.1 rated prospect Naasir Cunningham, and like Cunningham, they have not accepted a salary, preserving their NCAA basketball eligibility. OTE returns to action this fall for its second season, with Parker and Carlyle competing against some of the best teenage basketball players including Ausar and Amen Thompson, Jazian Gortman, Cunningham and Alexandre Sarr. Carlyle is a 6’2” combo guard from Alpharetta, Georgia. The five-star prospect previously attended Milton and is committed to Stanford for college. He’s had a big summer so far winning a gold medal playing on USA’s team in the FIBA U18 Americas Championship in Tijuana, Mexico. At Milton, he led his team to a state championship his sophomore season going 8-10 from the free throw line in the final minute to ice the game. Carlye is known for being a dynamic playmaker for his team on the offensive end and is able to use his length on the defensive end to be a tenacious defender.  “When I think about the dedication and investment it takes to be an elite player, I think of Kanaan Carlyle,” said Tim Fuller, OTE Vice President of Recruiting and Player Personnel. “He has a warrior mentality on both sides of the ball – he won’t be outworked on any possession. He’s received much-deserved recognition for being a terrific playmaker, adding a level of intensity and ball-handling to our league.” “The energy Kanaan brings to every game is going to make a direct impact on our league,”  said Kevin Ollie, OTE Head Coach and Director of Player Development. “He joins a group of talented ball-handlers at OTE, and that daily grind of elite competition is going to take his game to another level.” Originally from Fayetteville, North Carolina, Parker is a 6’2” shooting guard that previously attended Vertical Academy. Parker is a high flier on the court, whose jaw-dropping dunks have been viewed globally by millions. His game extends far beyond dunking with his elite shooting range. In the Underclassmen All-American Game, he made 10 three pointers on his way to scoring 42 points. In two games against Overtime Elite last season for Vertical Academy, Parker averaged 19 points and scored a game high 24 points in the second game. “I’ve spent my career working with the top athletes around the world, and Trey’s natural explosiveness continues to blow me away” said Fuller. “We’re excited to see the results of putting a professional basketball development program around him because the sky’s the limit.”  “Having the athleticism that Trey possesses is something you can’t teach, so OTE is the perfect place for his next phase of basketball development,” Ollie said. “My coaching staff and I are excited to build off his terrific foundation and prepare him to have success on and off the basketball court for years to come.” Release via Overtime Elite Follow Adam Zagoria on Twitter Follow ZAGSBLOGHoops on Instagram And Like ZAGS on Facebook