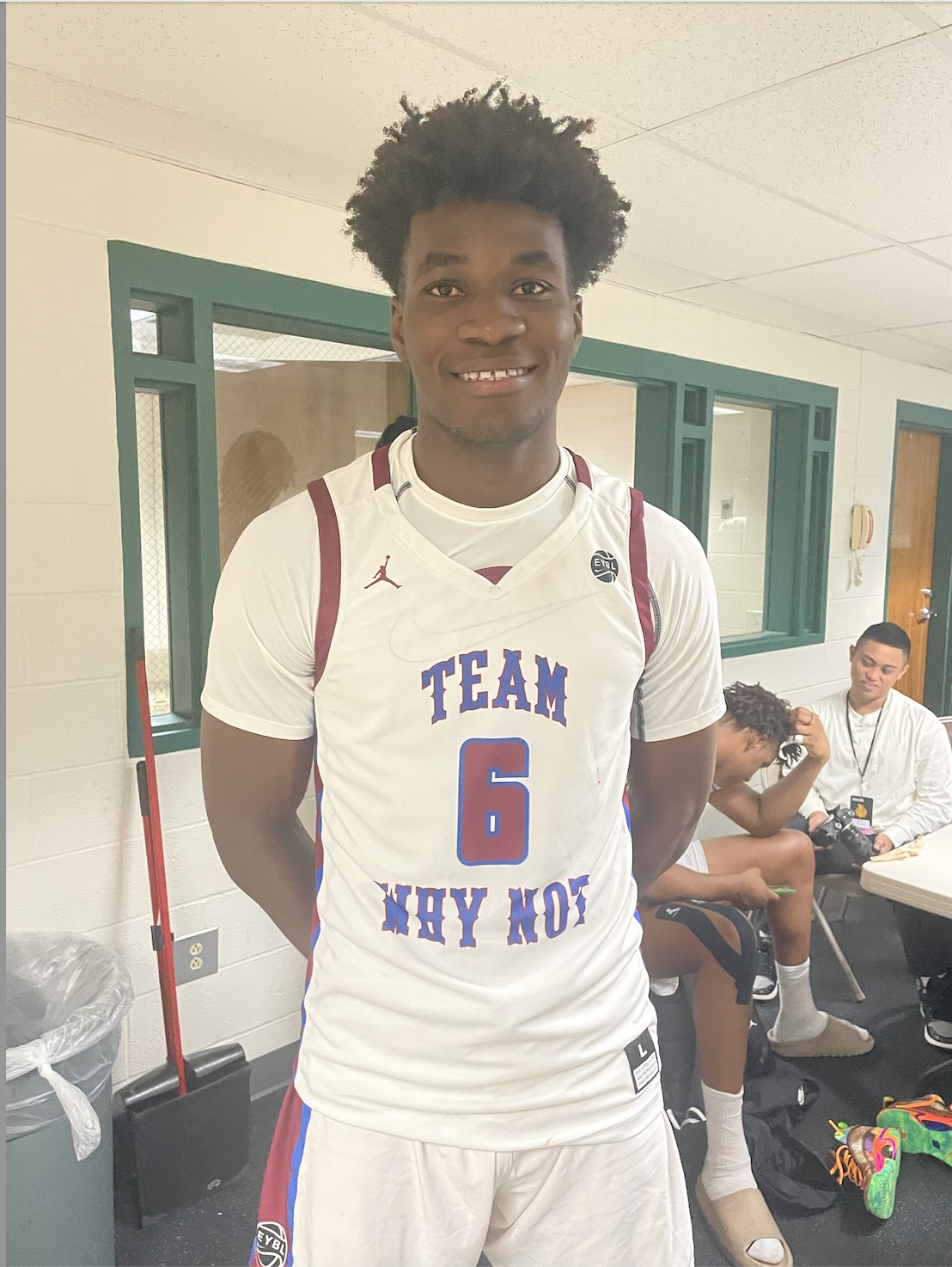 By JACOB POLACHECK NORTH AUGUSTA, S.C. — Team WhyNot small forward Tounde Yessoufou was among the standouts at Peach Jam for the 15U age class as five schools are involved in his recruitment. “Peach Jam is my first big tournament,” Yessoufou said. “I’ve never been to a Nike EYBL Tournament before, so it’s good to play against the best competition.” The 6-foot-5, 200-pound small forward from St. Joseph (CA), has excelled with strong rim protection and improved shooting. “I hadn’t previously developed my shooting skills until now where I’m playing against the best competition and shooting like a guard,” he said. “I’m proud of that.” Despite being a little under a year away from the contact period when college coaches can reach out directly to rising juniors, Yessoufou has five schools involved in his recruitment early – Arizona State, Portland, UC San Diego, Cal Poly and UC Santa Barbara. “It’s pretty nice. It’s good to see some college coaches liking how you play and offering you,” Yessoufou said. “Being a part of this family with Team WhyNot has been a good experience for me.” He broke down all five schools: Arizona State: “I haven’t learned a lot about that program, but I hear they have some really good fans, so I like it.” Cal Poly: “That’s a really good school. I’ve been there twice, playing open gym with some players. I like their play style.” UCSD: “They have a great intensity at the practice and they are really good at communicating on defense and offense too. I really like the coaching.” UCSB: “I haven’t watched their games, but the coach convinced me to come to one of his games and see how they play. I’m waiting to set that up for my sophomore year.” Portland: “I’ve never been there because it’s pretty far, but I watched video on YouTube and they have a former player that went to my high school. I talk to him and he talks to me. It’s a good program. I’m waiting to see how it goes.” Yessoufou said he’s looking at competition as a main priority in his decision-making process. “What schools have the best competition? I want to play against the best competition,” he said. Follow Jacob Polacheck on Twitter Follow Adam Zagoria on Twitter Follow ZAGSBLOGHoops on Instagram And Like ZAGS on Facebook