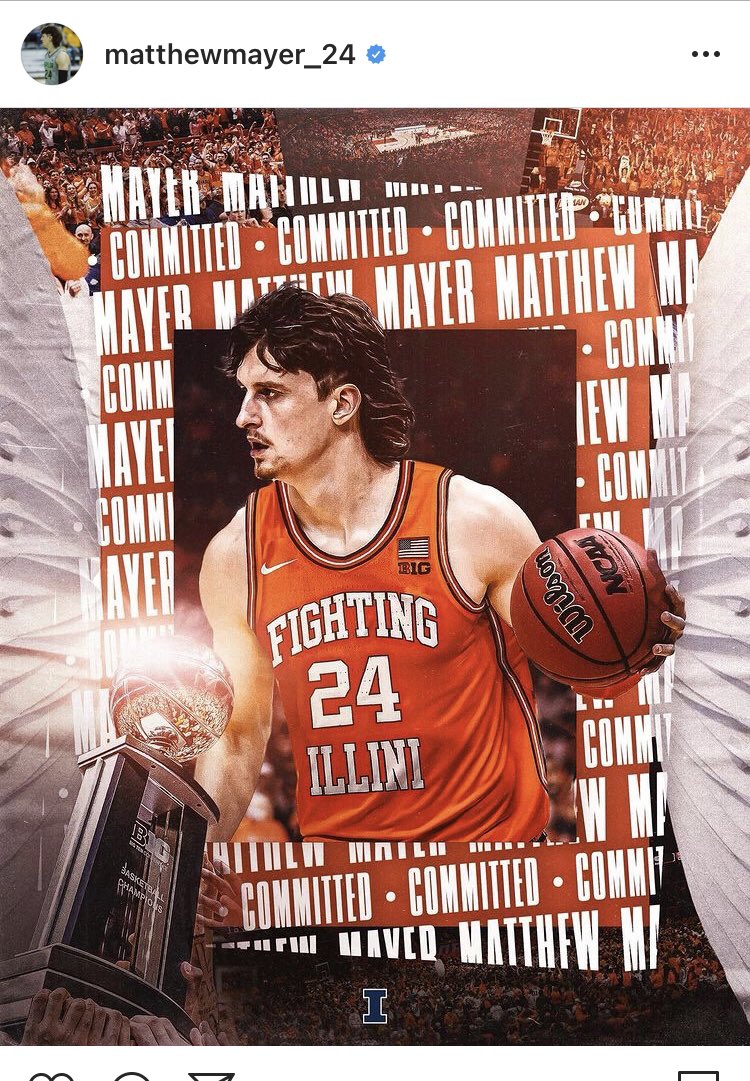 By ADAM ZAGORIA Baylor’s Matthew Mayer is headed to Illinois. After withdrawing from the NBA Draft, the 6-foot-9 senior announced Friday he will transfer to Illinois, choosing the Illini over North Carolina and other suitors. “I just loved the staff, great team, great NIL and winning program last 3 years,” he said. He averaged 9.8 points, five rebounds, 1.2 steals and one assist on 40.9% shooting from the field in 33 games at Baylor last season. When Baylor won the NCAA championship during the 2020-21 season, Mayer played a key role, averaging 8.1 points and 3.7 rebounds while shooting 49% from the field and 40% from deep. He was considered one of the top transfers in the portal. Mayer joins Texas Tech transfer Terrence Shannon Jr. and incoming guard Skyy Clark in Illinois’ incoming group. The deadline for withdrawal from the NBA Draft was June 1. The NBA draft will take place on June 23. Follow Adam Zagoria on Twitter Follow ZAGSBLOGHoops on Instagram And Like ZAGS on Facebook