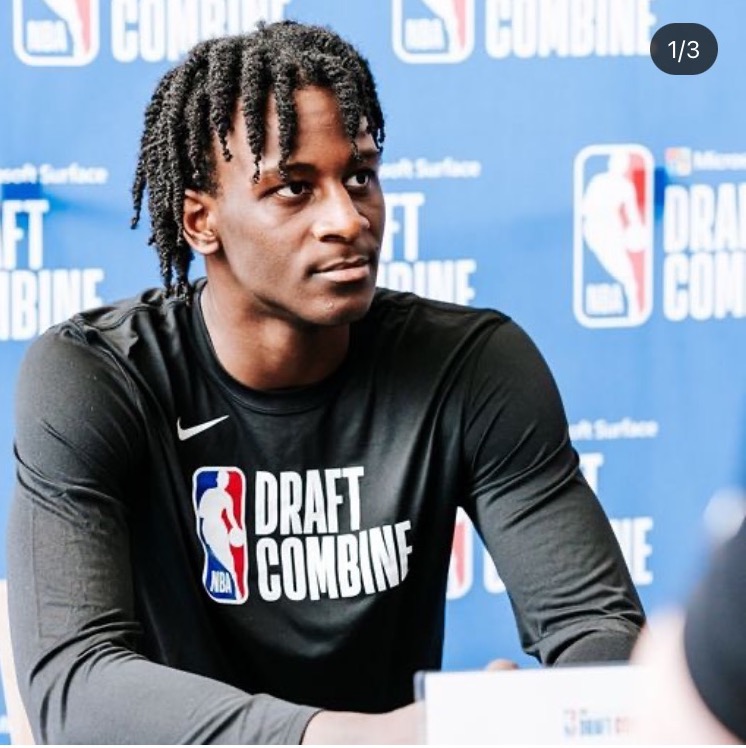 By ADAM ZAGORIA Leonard Miller announced Tuesday that he will move forward by pursuing his professional basketball options. The 6-foot-11 left-handed Class of 2022 big man from Fort Erie International Academy in Ontario will no longer consider Arizona or Kentucky, both of which he visited this spring, and instead will focus on the NBA Draft and the NBA G League Ignite. Wednesday is the deadline to withdraw from the NBA Draft and retain your college eligibility, while June 13 is the NBA’s final deadline for early entrants to withdraw their names from the draft pool and retain their draft eligibility for a future year. “My lifelong dream has been to play basketball at the highest level, and I’ve been fortunate to have had a number of amazing people in my life that have helped me pursue that dream,” he said in a statement to On3.com. “After getting feedback from going through the NBA Draft process up to this point, I have decided to take the next step in that journey and move forward in the professional process. “I want to sincerely thank every college who recruited me. Your belief in me and encouragement fueled me to put in the work to become an even better player. I am incredibly grateful for your interest and the time you poured into me. “To my family, coaches, friends and everyone back home in Canada, each of you has helped me in different ways to reach this point. I can’t thank you enough, and as I go forward I’ll be doing everything I can to make you proud.” Miller will still have two weeks before June 13 to work out for NBA teams to see if he can obtain a guarantee of being picked in June 23rd NBA Draft. He is currently projected as the No. 41 pick by the New Orleans Pelicans, per ESPN.com. One league sources said the Ignite had “an amazing package” available for Miller. Since its inception two years ago, the team has produced several NBA lottery picks, including Jonathan Kuminga of the Warriors and Jalen Green of the Rockets. “The G League Ignite for [Miller] would probably be the perfect option as far as from a developmental standpoint because he’s so raw,” ESPN’s Bobby Marks said on air during the NBA Draft Combine in Chicago. “And if you go to one of these other schools, you might just be one of the other guys from a developmental standpoint. He’s the guy for me that has probably not done enough to get himself in the first round.” Follow Adam Zagoria on Twitter Follow ZAGSBLOGHoops on Instagram And Like ZAGS on Facebook

Marquette's Justin Lewis announces he will remain in the NBA Draft