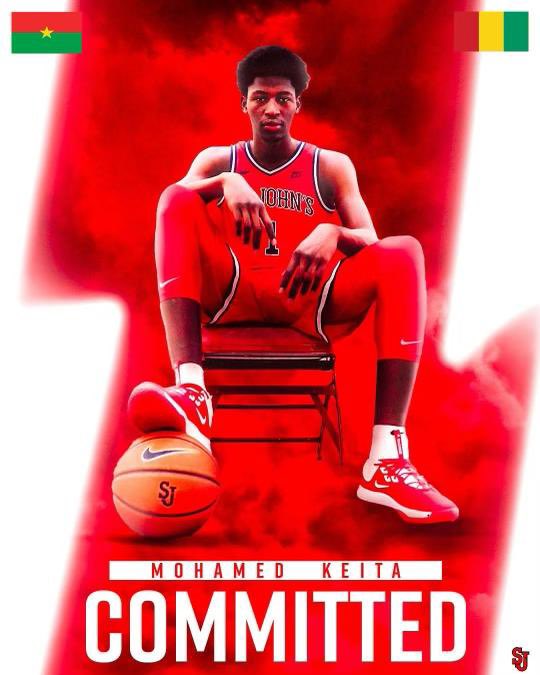 By ADAM ZAGORIA St. John’s coach Mike Anderson has landed a commitment from 7-foot-1, 210-pound Mohamed Keita of the NBA Africa Academy and the Winchendon (MA) School. “I choose St John’s because I think it’s a right fit for my style of game and also I believe in the coaching staff,” he said. “I am a very good defender and almost can finish around the rim. I’m fast with a good motor.” St. John’s was his only high-major Division 1 offer, but East Tennessee State also offered and Iowa showed interest, Winchendon head coach Kevin Kehoe said. “He’s this millennium’s perfect big man,” Kehoe said by phone of Keita, who averaged 6.3 points, 8.2 rebounds and 3.4 blocks per game this past season. “He’s 7 feet tall, he’s long, he runs, he blocks shots. His offensive game is evolving and in my opinion, by the time he’s a junior he may be first- or second-team all-league.” He added: “If he waited 7 more days, he probably would’ve had 15 more high-major offers.” Kehoe said Keita “has only been playing basketball for four years. His upside is as high as anybody else.” “I see him helping them in the future,” he added. “That’s a big boy league. I don’t know too many freshmen that should contribute [right away].” He said the St. John’s staff watched him for two weekends with the NY Jayhawks in Kansas City and in Spartanburg, S.C. “They followed him for two straight Adidas tournaments,” Kehoe said. He joins point guard Kolby King and shooting guard AJ Storr in St. John’s 2022 class. Follow Charlie on Twitter Follow ZAGSBLOGHoops on Instagram And Like ZAGS on Facebook