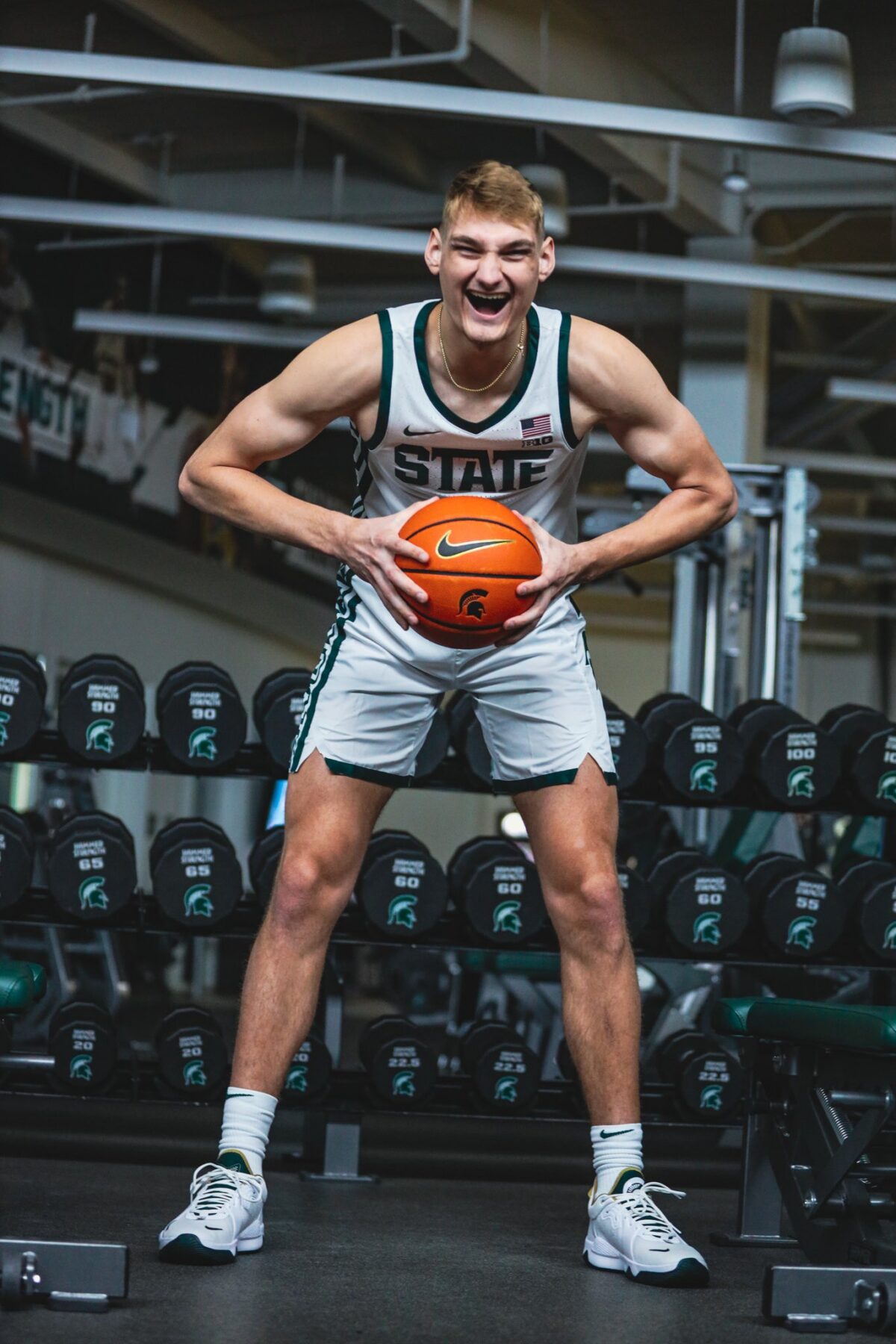 By CHARLIE PARENT Class of 2022 forward Carson Cooper has committed to Michigan State, he announced Sunday on Twitter. A Michigan native, Cooper played his senior year at IMG Academy (FL) for their varsity team. Cooper joins a recruiting class that includes Trejuan Holloman and Jaxon Kohler, who were announced in the early signing period last November. “We’re very excited to welcome Carson and his family to our program,” Spartans coach Tom Izzo said. “Carson is a young man who we think has a bright future ahead of him and that he’s really just scratching the surface of how good he can be. He’s big, skilled and strong and runs the floor really well.  We see him as an anchor in the post and a player who can defend at the rim, but he’s also got the ability to stretch the floor and has a good handle. Carson is coming from a terrific program at the IMG Academy, has been a tremendous student in the classroom and we’re really looking forward to welcoming him back home.” Cooper held offers from American University, Duquesne, Eastern Michigan, Vermont, and was considering the prep school route. But, Cooper will enroll at Michigan State in 2022 and redshirt his freshman season. “Michigan State is somewhere that I would have loved to have gone after the post-grad year,” Cooper told 247 Sports. “So being able to do it a year earlier is even better.” As for what he can bring to the Spartans, Cooper reiterated a jack-of-all trades mindset to 247’s Adam Finkelstein, “I’m a versatile five-man, but not a traditional five,” Cooper said. “I can stretch the floor a little bit. I’ve started to handle the ball recently in dribble hand-offs and actions like that.” Follow Adam Zagoria on Twitter Follow Charlie on Twitter Follow ZAGSBLOGHoops on Instagram And Like ZAGS on Facebook