Class of 2023 five-star guard Bryson Warren talks recent Arkansas visit: 'The ball would be in my hands' | Zagsblog
Follow @adamzagoria 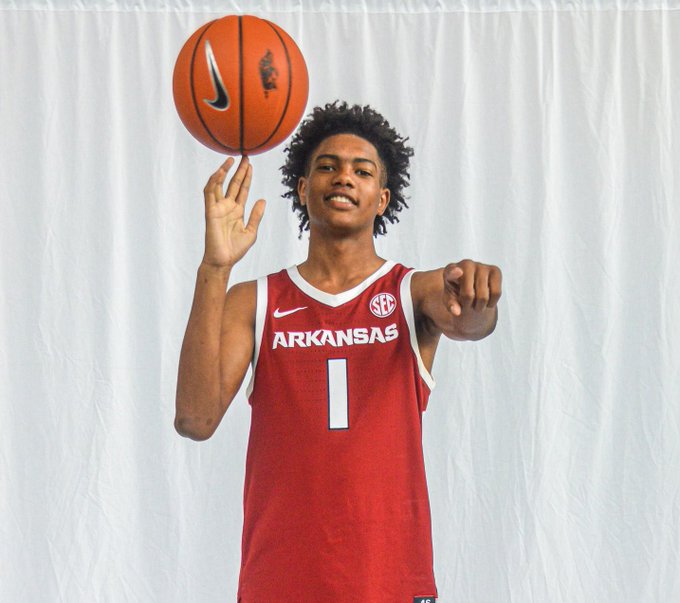 By JACOB POLACHECK Bryson Warren, the No. 15 overall prospect in the class of 2022, took an unofficial visit to Arkansas on Sunday, recapping the visit for ZAGSBLOG shortly thereafter. “I definitely enjoyed touring the campus and facilities and seeing that they have an NBA system,” Warren said. “Coach (Eric) Musselman said they had over 72 years of experience in the NBA which is good because that’s where I want to be at the next level. They know what it takes. And just the way they approach everything in practice.” Warren, the 6-foot-2, 170-pound guard from Link (MO) Academy and the Mokan Elite AAU Program, says the staff at Arkansas sees him as a playmaking point guard. “The ball would be in my hands. I would be making the plays and being that coach on the floor,” he said. “They think I can stay at home and get a lot of love from my hometown.” Warren started off the summer with a trip to Memphis, before traveling to Kansas for a trip in June. Shortly after his trip to Kansas, Warren took an unofficial visit to Tennessee State. “The vibe was very nice,” Warren said. “They told me that I could be different from the wave, going to an HBCU. They told me from 1957-59, they won three straight national championships and they’re trying to bring that back to the HBCU’s. I could be that trendsetter that goes to a school like that.” Although he has no upcoming visits planned, Warren says he’s hoping to take visits to Auburn, Tennessee, Missouri, Oklahoma and Oklahoma State. “Right now, I’m just seeing what the best fit for me is,” he said. “That’s all I’m focused on right now.” As for what kind of players colleges and fans can expect, Warren is a three-level scorer that can make plays and lock down his opponents on defense. “My midrange is my bread and butter,” he said. “Most importantly, I’m a winner. I’ve won at all levels. Ninth grade year, I was playing varsity and my team was No. 1 in state the whole year. “My sophomore year, my team was ranked No. 1 in the state and we won our conference for the first time in 2008. We had the best record since I believe Joe Johnson was there in 2001. I was playing with Mokan U-16 and we were No. 2 in the country before I played up. I’m just a winner, no matter where I go.” Follow Jacob Polacheck on Twitter Follow Adam Zagoria on Twitter Follow ZAGSBLOGHoops on Instagram And Like ZAGS on Facebook