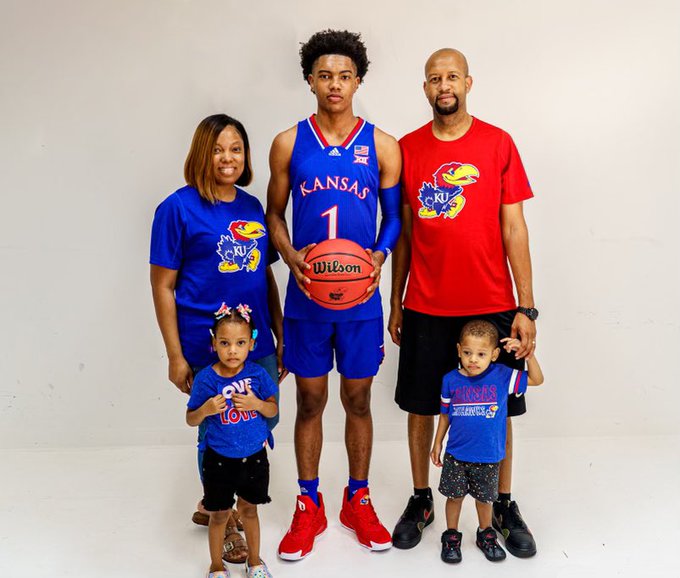 By JACOB POLACHECK After an unofficial visit to Kansas on Sunday, class of 2023 four-star guard Bryson Warren spoke with ZAGSBLOG to break down his visit. “It was great,” Warren told ZAGSBLOG by phone Monday evening. “I got to talk with all the coaches: Coach [Fred Quartelbaum], coach [Jeremy] Case, coach Norm [Roberts], coach [Kurtis] Townsend and coach [Bill] Self.” Warren, a 6-foot-2, 155-pound point guard from Link Year (MO) Academy, had the chance to tour the campus, talk academics and see where players live. “It’s the godfather of basketball,” Warren said. “Coach Self told me that he’s going to put me in a position to be a pro as soon as possible. The family atmosphere and the vibe there. Coach Self said I’ve got things you can’t teach. He likes coaching guys like that.” After recently announcing his transfer from Little Rock Central (AR) to Link Academy, Warren is expected to be a popular name when college coaches can begin reaching out to class of 2023 prospects on Tuesday. “I know a few are supposed to call,” Warren said. “Auburn, Tennessee, Georgetown, Kansas, Vanderbilt, North Carolina, Arizona State, Tennessee State, Wisconsin, Arkansas and some more.” Warren is also looking to take an unofficial visit to Tennessee State on Friday. “Coach Penny [Collins], he’s going to put the ball in my hands,” Warren said. “It’s an HBCU. It’s something to look at.” Ranked by 247Sports.com as the No. 4 combo guard and No. 32 overall prospect in the class of 2023, Warren is a three-level scorer and a high-IQ player. “I get my teammates the ball. I’m the leader and most importantly I’m a winner,” he said. “I win at all levels. High school basketball, Mokan, I just win at all levels.” Warren says he’s looking for programs with NBA experience and development. “I want a program that knows how to get me to the next level, the NBA level,” he said. “And help me get better.” Follow Jacob Polacheck on Twitter Follow Adam Zagoria on Twitter Follow ZAGSBLOGHoops on Instagram And Like ZAGS on Facebook