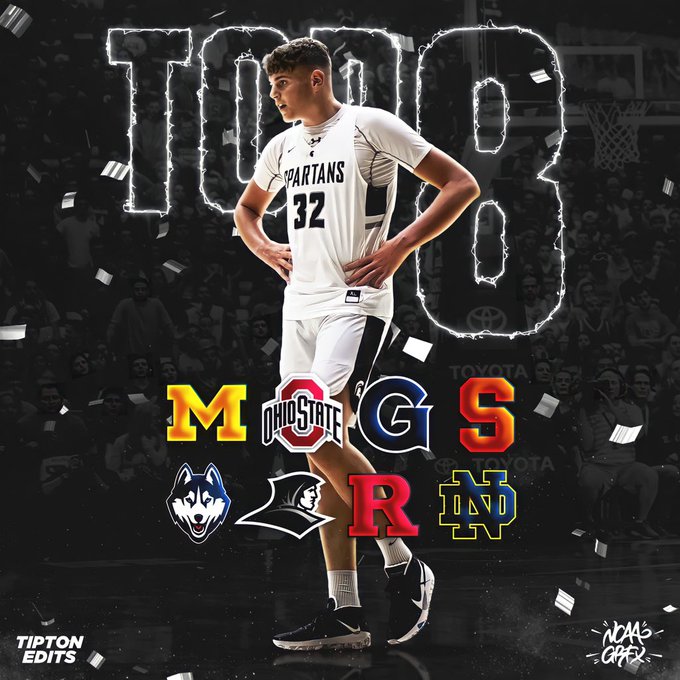 By ADAM ZAGORIA Donovan Clingan, the 7-foot-1 big man from Bristol Central (CT) and Team Spartans, took his first official visit to Michigan this past weekend. “It was fun, I enjoyed it,” he said. “They like my game and think I’d be a good fit.” Clingan said he watched film of former Michigan big man star Hunter Dickinson, and Juwan Howard and his staff compared the two. The 7-foot Dickinson was just invited to the NBA G League Elite camp in Chicago ahead of the NBA Draft. Clingan will next visit Syracuse (June 19-20) before tripping to Ohio State (June 24-25) and UConn July (1-2). He also plans to visit UConn unofficially later this month. Syracuse has recently had visits from Class of 2022 wing Justin Taylor and big man Kyle Filipowski. Clingan recently named Michigan, Ohio State, Georgetown, Syracuse, UConn, Providence, Rutgers and Notre Dame as his top schools. According to 247Sports.com, Clingan is ranked as the No. 8 center and No. 55 overall prospect in the Class of 2022. Follow Jacob Polacheck on Twitter Follow Adam Zagoria on Twitter Follow ZAGSBLOGHoops on Instagram And Like ZAGS on Facebook