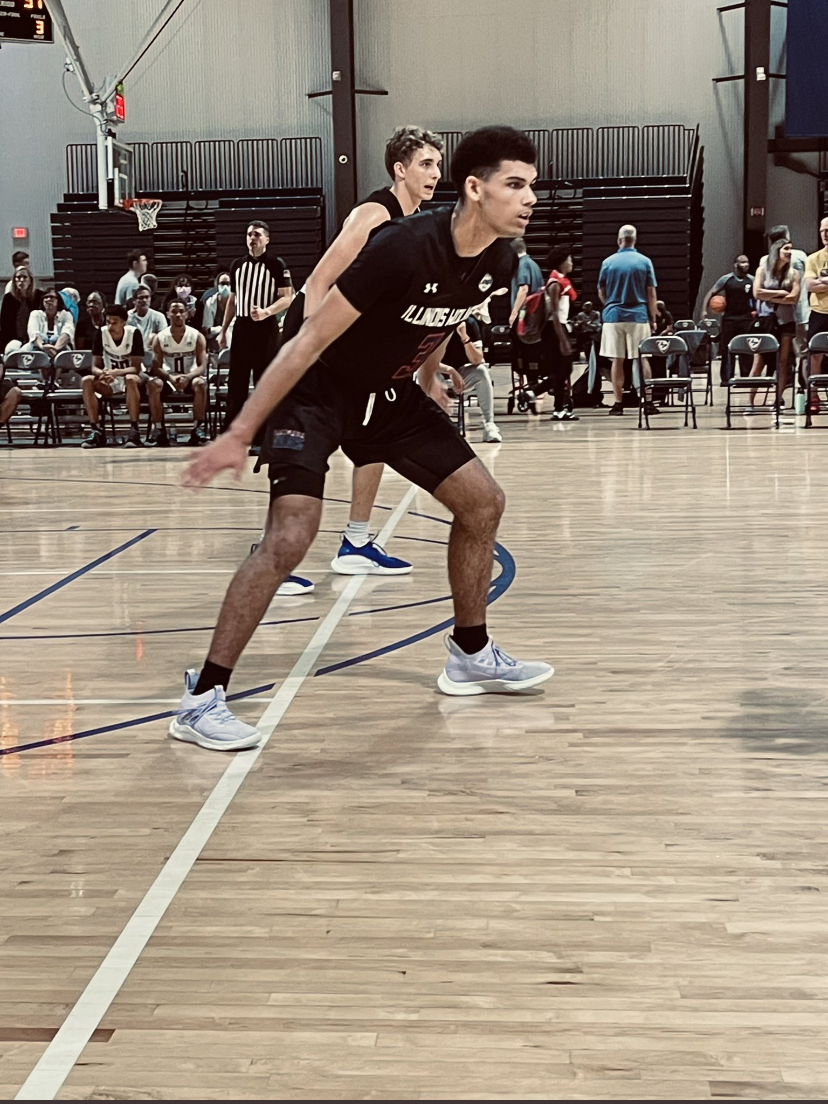 By TOBIAS BASS Leading the charge to the Illinois Wolves’ 31-1 summer culminating in a UA Association Championship, three-star guard Jalen Quinn had a breakout summer, alongside four-stars Jaden Schutt and Braden Huff. Quinn, the 6-foot-2, 170-pound guard from Tuscola (IL), is planning a few visits this fall to Northwestern, DePaul and possibly Virginia Tech. Quinn has already taken visits to Saint Louis, Loyola Chicago, Southern Illinois, Belmont, Illinois State, Butler and Marquette. He is also receiving interest from Xavier and Cal. He broke down each school: Northwestern: “I’m planning on visiting but I really like the coaching staff there and like how they use their guards to run the team.”  DePaul: “I really like their coaching staff and I know with the new coaching staff that they like to play fast.” Loyola Chicago: “I like the coaching staff and facilities are super nice and they have a great winning culture and play with a lot of guards.” Virginia Tech: “I really like the coaches there and the culture and they like to space teams out and give guards freedom.” Southern Illinois: “The coaching staff is great and great facilities and they play off their guards quit a bit.” Throughout the UAA Sessions, Quinn showed his ability to finish through contact and create opportunities for others. “I think that I’m a bigger guard that can break down the defense and find open guys and make my teammates better,” he said. “I also think I’m great at finishing at basket and a willing three-point shooter.” Despite having over offers reaching the double-digits, it’s been a long road to this point. “It was very slow at first, but I was really lucky to play with the Illinois Wolves and have the coaching that they offered,” he said. “I think they helped me a lot through this and was able to give me that confidence and tell me that I was capable of getting noticed at the highest level and I struggled at the beginning but really got better as the year went on and was able to get my recruitment going really well.” Going into the summer, the Illinois Wolves were tasked with featuring multiple pieces playing together for the first time. They had to mesh quickly and build chemistry to accomplish their goal of a UAA National Championship. “I think for us is that we were all new to each other and we’re really just trying to figure each other out on and off the court,” Quinn said. “After we did that it was easy because we were very unselfish and all wanted to win and that was the only thing we wanted. “We had a great coaching staff that always pushed us to our limits and didn’t let us settle for anything. Our bond was great off the court as well, those will be my good friends forever now and you could tell it translated to the court.” Follow Tobias Bass on Twitter Follow Adam Zagoria on Twitter Follow ZAGSBLOGHoops on Instagram And Like ZAGS on Facebook

Class of 2023 five-star guard Bryson Warren talks recent Arkansas visit: 'The ball would be in my hands'