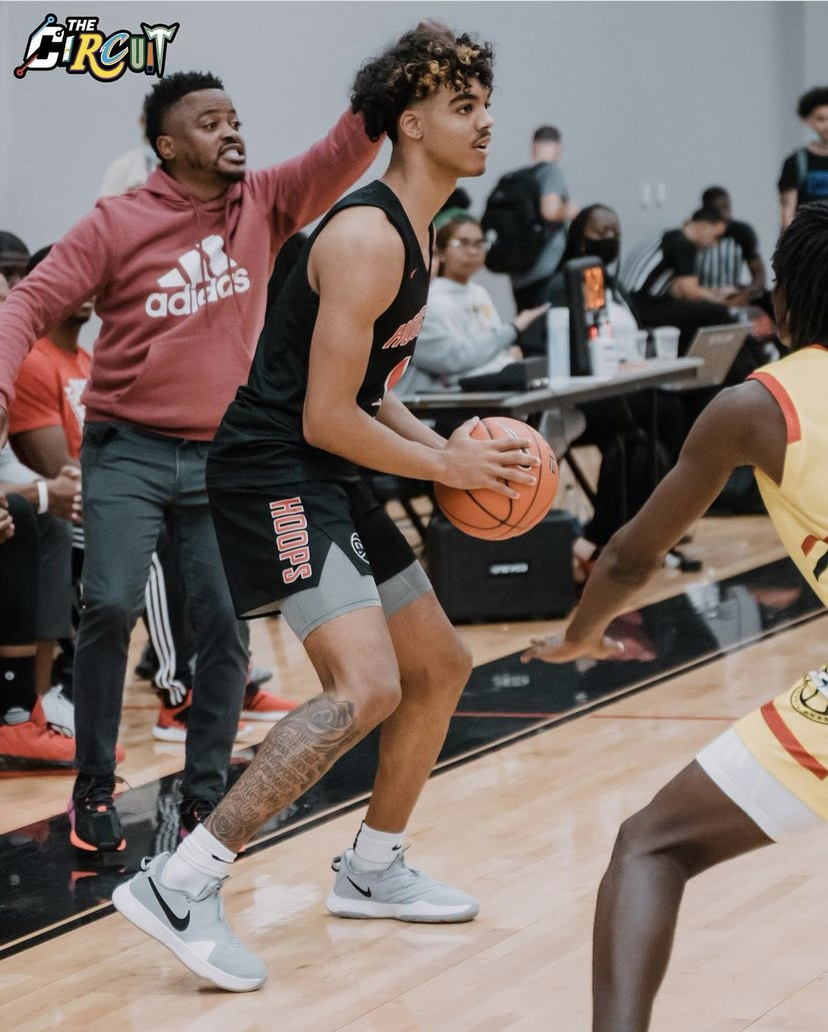 By TOBIAS BASS Class of 2022 guard Brian “BB” Knight of Katy (TX) Tompkins has excelled on the court in the last few months. “If he continues to make 3’s and his motor runs high, he’s Power 5,” said Texas scout and event operator Marcus Sloan. Two years ago the 6-foot-5, 185-pound Knight was sidelined by a knee injury that prevented him from finishing his sophomore year. “It just a process, you have to keep grinding,” he said. “It makes you cherish this game even more. It helped me be a better player by seeing the game from a coach’s standpoint and encouraging my teammates and bringing energy.” Knight has showcased his elite athleticism, playmaking, and shot making skills. He told ZAGSBLOG Monday what he has worked on this summer and how that will apply to what college coaches want from him at the next level. “One and two dribble pull-ups,” he said. “I’m getting a lot of teams running me off the three-point line. So getting to my spots to make plays and finishing at the rim is my primary focus.” Knight has offers from Illinois, Minnesota, LSU, Washington State, Louisiana Tech, Iona, ODU, Oral Roberts, Rice, Wyoming, UTA, NKU, and Western Michigan. “All these schools are really telling me the same thing,” he said. “They are recruiting me for my size and athleticism and ability to make shots. Most of the teams lead the country in threes or are trying get their program in that direction. They are telling me to run the floor, shoot threes, and get in pick and roll situations.” He plans on visiting “Minnesota, Illinois, and Texas A&M as of now. I’m trying to set up some visits with other schools as well. I have already visited Oral Roberts, LA Tech, and Rice on unofficial.” With the Peach Jam about a month away, Knight is already thinking ahead of what he wants to see from his Houston Hoops team and himself. “As a team, just play team basketball and always make the right play,” he said. “Play unselfish and play for each other. For me, I’m just looking to be consistent and do what I do best, get out and run and make shots.” Over the past two years, many in the Houston media have complained about the lack of recognition for Houston players. This became even more apparent when only one player from Houston was invited to the Pangos All-American Camp (Tyler Smith). “I think there are good players in Houston, there always will be,” Knight said. “I think because there are so many, some of them get overlooked. I think Dallas does a good job of marketing their players and getting their names out to coaches at an earlier age.” Knight is arguably the fastest rising recruit in the state of Texas and loves the journey he’s going through. “Grinding every day and becoming the best I can be,” he said. “Believing in the process. Listening to my coaches and understanding that if I put the work in, everything will work out.” Follow Tobias Bass on Twitter Follow Adam Zagoria on Twitter Follow ZAGSBLOGHoops on Instagram And Like ZAGS on Facebook

At long last, college basketball coaches can evaluate prospects in person -- and New Jersey has a lot of talent