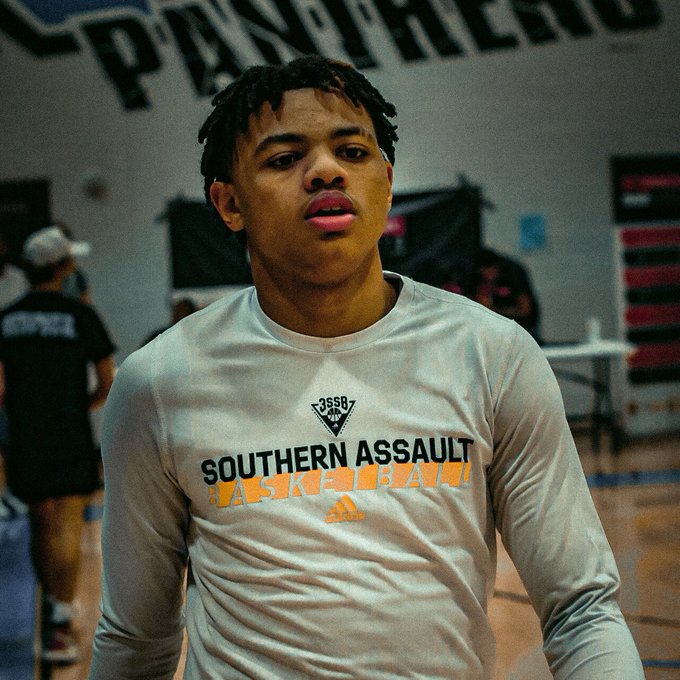 By ADAM ZAGORIA Class of 2022 five-star combo guard Keyonte George is currently on an official visit to reigning NCAA champion Baylor, he tells ZAGSBLOG. The 6-foot-4 guard from iSchool Entrepreunial Academy in Texas took his first official to Texas (June 4-6) before playing in the Pangos All-American Camp, where he excelled in front of NBA scouts. “I loved it there,” he told The Athletic of his visit to Texas, which recently brought in former Texas Tech coach Chris Beard. “They showed me love. The coaches are great, and they’ll do anything to win.” His Southern Assault teammate, 6-10 Yohan Traore, also visited Texas unofficially over the weekend. He is planning to visit Kentucky at the end of the month. Oklahoma State and Kansas round out his Top 5. “I’m willing to go out of state — that’s why Kansas and Kentucky are on there,” he told The Athletic. “At the same time, it would be something different playing away from home. I’ll go out of state if it’s the best team for me and gives me the best chance to make the pros.” Follow Adam Zagoria on Twitter Follow ZAGSBLOGHoops on Instagram And Like ZAGS on Facebook