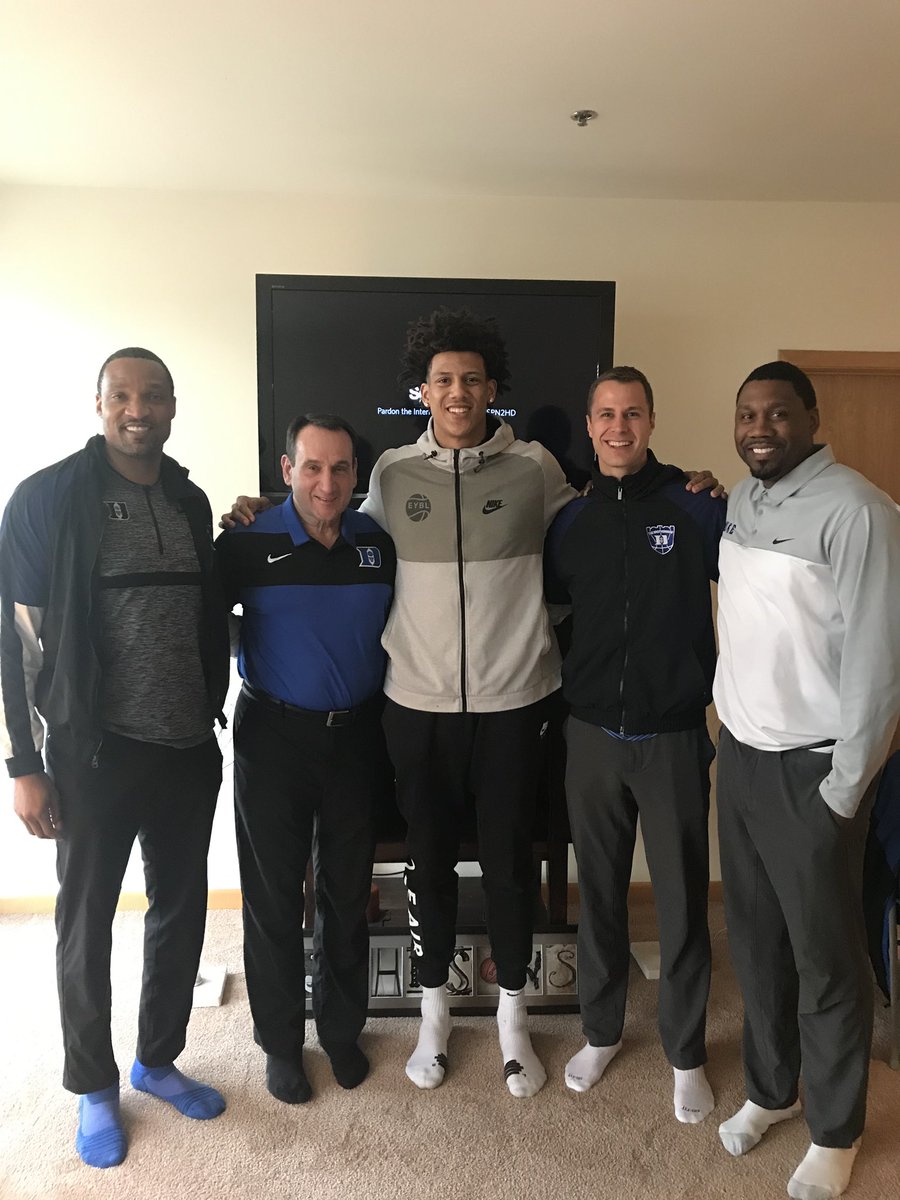 By ADAM ZAGORIA Duke commit Jalen Johnson is the projected No. 6 pick in the 2021 NBA Draft according to ESPN.com, yet he won’t play in the prestigious McDonald’s All-American Game on April 1 in Houston. In fact, of the top 20 projected picks in 2021, Johnson is the only member of the Class of 2020 not selected to the game. That’s because the 6-foot-8 power forward hasn’t played high school basketball this season and, in fact, was never even nominated for the game. Johnson left IMG Academy for reasons that have not been revealed publicly, as first reported by ZAGSBLOG, and is currently back home in Wisconsin attending Nicolet High School, according to the Milwaukee Journal Sentinel. He would need a waiver to play this season at Nicolet, where his brother Kobe is averaging 20.1 points per game. Duke has not made any public comment on Johnson since he left IMG.

For those asking about Jalen Johnson, he was not nominated for the @McDAAG out of @IMGABasketball and hasn’t played all season pic.twitter.com/tjW0aOsIr9

His former IMG (FL) teammates Mark Williams (Duke) and Jaden Springer (Tennessee) were selected to play in the McDonald’s Game. Williams is one of three Duke pledges selected along with Jeremy Roach and DJ Steward. The trio now gives Duke 82 McDonald’s All-America selections – the most all-time – with 80 coming under head coach Mike Krzyzewski – the most by a coach. This is Duke’s 36th consecutive season with a McDonald’s All-America pick — the longest streak in the nation by 24 years.

Roach is a five-star point guard from Paul VI High School in Leesburg, Va., who is ranked as the No. 15 player overall in ESPN 100’s ranking for the class of 2020. He missed his junior season with an ACL injury, but he led his team to a win in the Hoophall Classic last week over Sierra Canyon, scoring 16 points on 7-of-15 shooting. With USA Basketball, Roach won a pair of gold medals at the 2017 FIBA Americas U-16 and the 2018 FIBA U-17 World Cup.

Steward is a five-star combo guard from Whitney Young High School in Chicago who is ranked as the No. 26 player overall in ESPN 100’s ranking for the class of 2020.

Williams is a four-star center from Norfolk, Va., who is finishing his prep career at IMG Academy this season after three years at Norfolk Academy. The 7-foot center is ranked as the No. 30 overall player and the No. 5 center in ESPN 100’s rankings for the class of 2020. Williams older sister, Elizabeth, played for Duke from 2011-15 and now plays for the WNBA’s Atlanta Dream. Follow Adam Zagoria on Twitter And Like ZAGS on Facebook