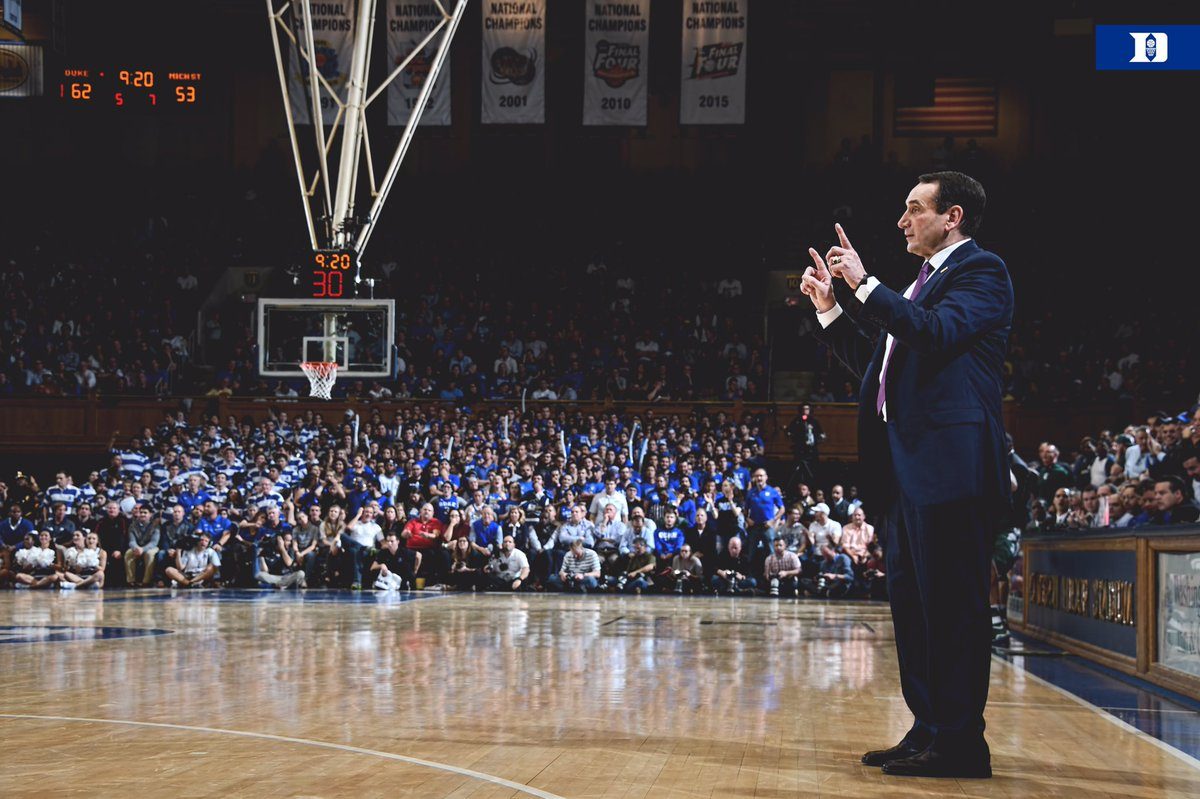 By: JAMES SZUBA In the aftermath of his eruption on the Cameron Crazies earlier this week, Duke head coach Mike Krzyzewski held a meeting with the Duke student section on Wednesday afternoon, per the student newspaper. Just before halftime of Tuesday’s home game against Pittsburgh, Krzyzewski walked cross-court and told the Crazies to “Shut up!” for a cheer he deemed unacceptable. The Duke student section chanted, “Jeff Capel, sit with us!” before Krzyzewski’s outburst, proclaiming “He’s one of us!” in reference to his former assistant coach. On Wednesday, Krzyzewski had a meeting inside Cameron Indoor with roughly 40 to 50 Duke students that were camping in Krzyzewskiville. The students were brought inside Cameron and into the media room, where the head coach gave a 30-minute speech. Krzyzewski divulged that he was in a fragile emotional state following the tragic passing of Kobe Bryant, while touching on his close relationship with Capel. He also showed the students a video instructing the students how to behave in the future. Duke travels to Syracuse next, where the Blue Devils will take on the Orange this Saturday. That game tips at 8 p.m. ET from the Carrier Dome and will air on ESPN. The Blue Devils don’t play at home again until Feb. 10 against Florida State. Follow James on twitter @JamesSzuba Follow Adam Zagoria on Twitter And Like ZAGS on Facebook