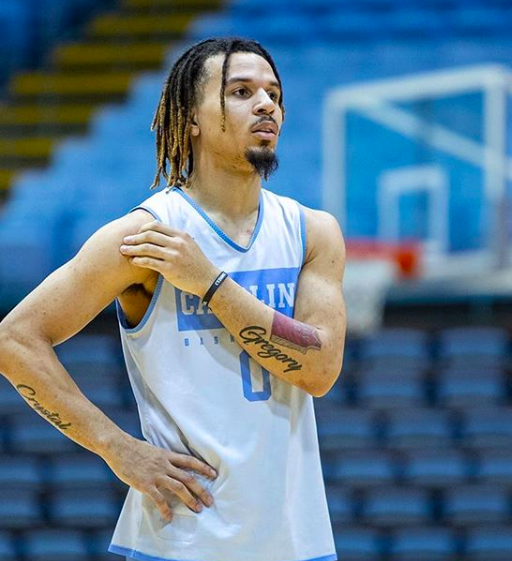 By JACOB POLACHECK North Carolina freshman point guard Cole Anthony has increased his practice participation and may be able to return on Saturday at home against Boston College, head coach Roy Williams told reporters Friday. Anthony participated in 5-on-5 practice for the first time on Thursday — completing 25-35 percent of the entire practice.  Williams said there is a “probability” he will let Anthony play Saturday if he feels good heading into Friday afternoon’s practice and during Saturday’s shoot around. “If he comes in today and says he’s sore, he’s not going to play,” Williams said. “If he feels alright tomorrow he will probably play.” Anthony has missed the last 11 games after undergoing a procedure to treat a partially torn meniscus in his right knee on Dec. 16. He was expected to miss 4-6 weeks. “All the stuff he’s been doing has been one on zero,” Williams said. “He’s shot a lot, I’ve given him some shooting drills, challenged him how long does it take you to make 125 threes. So, it’s not been like ‘you’ve got to shoot outside by yourself.’ He’s really worked it and we’ll just have to wait and see how he feels today.” UNC currently sits at 10-10 (3-6 ACC) on the season. The Tar Heels were 6-3 in nine games with Anthony at the beginning of the season, but have gone just 4-7 since his injury. Anthony averaged 19.1 points, 6.3 rebounds, and 3.5 assists while shooting 36.8 percent from the field and 35.5 percent from three over Carolina’s first nine games. ESPN has Anthony projected to be the No. 7 overall pick in the 2020 NBA Draft. Photo: UNC Basketball Follow Jacob on Twitter Follow Adam Zagoria on Twitter And Like ZAGS on Facebook

Source: It would be 'surprising' if former Kentucky freshman Kahlil Whitney plays again in college