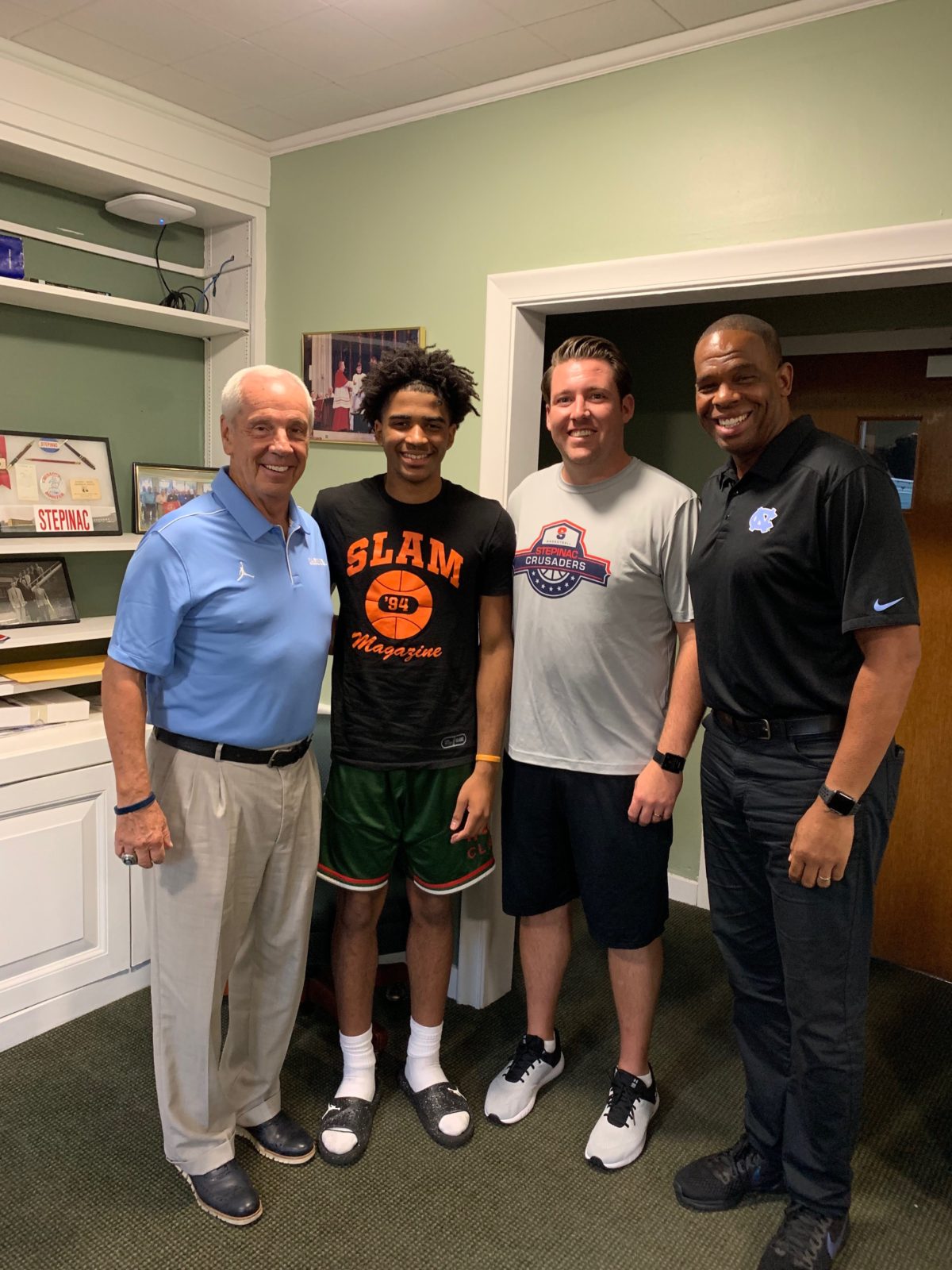 By JACOB POLACHECK & ADAM ZAGORIA The McDonald’s All-American Game selections are out for the April 1 game at Houston’s Toyota Center and North Carolina has the most commits with four signees selected to participate. UNC commits R.J. Davis, Walker Kessler, Caleb Love and Day’Ron Sharpe were all selected. The 6-foot-1 Davis is the first player in the history of Archbishop Stepinac (N.Y.) High School to be named to the game. North Carolina has now had 79 total McDonald’s All-Americans, including 34 recruited by head coach Roy Williams. Williams told Adam Zagoria Monday about his incoming recruits in relation to his struggles this year: “Everybody says, ‘Well, you got help coming.” I jokingly say that I hope I’m going to live long enough to get there.”

Congrats to R.J., Walker, Caleb and Day’Ron on being named to the 2️⃣0️⃣2️⃣0️⃣ McDonald’s All-American team ➡️ 3rd time in history we’ve had 4️⃣ in the same class 🗣🔥🥶#CarolinaFamily pic.twitter.com/VzZpPoWyh6

/step_basketball/status/1220444045538996224?ref_src=twsrc%5Etfw”>January 23, 2020 There are three Duke commits in Jeremy Roach, D.J. Steward and Mark Williams and two Kentucky commits in Brandon Boston Jr. and Terrence Clarke. Duke has now had 82 McDonald’s All-America selections – the most all-time – with 80 coming under head coach Mike Krzyzewski – the most by a coach. This is Duke’s 36th consecutive season with a McDonald’s All-America pick — the longest streak in the nation by 24 years.

Breakdown of all-time McDonald's selections among some Blue Bloods:

With its latest selections, Kentucky has signed 37 McDonald’s All Americans during the John Calipari era, more than any other school in the country during that period. Multiple players from each of Calipari’s signing classes have been tabbed McDonald’s All Americans, including five each in 2013 and 2017. Montverde Academy (FL) has three players selected for the games in Sharpe, Oklahoma State signee Cade Cunningham and Florida State signee Scottie Barnes. Three high schools — IMG Academy (FL), Prolific Prep (CA) and Sierra Canyon (CA) — each have two players in the game.

One more time:
The @McDAAG rosters include 3 guys from @MVABasketball