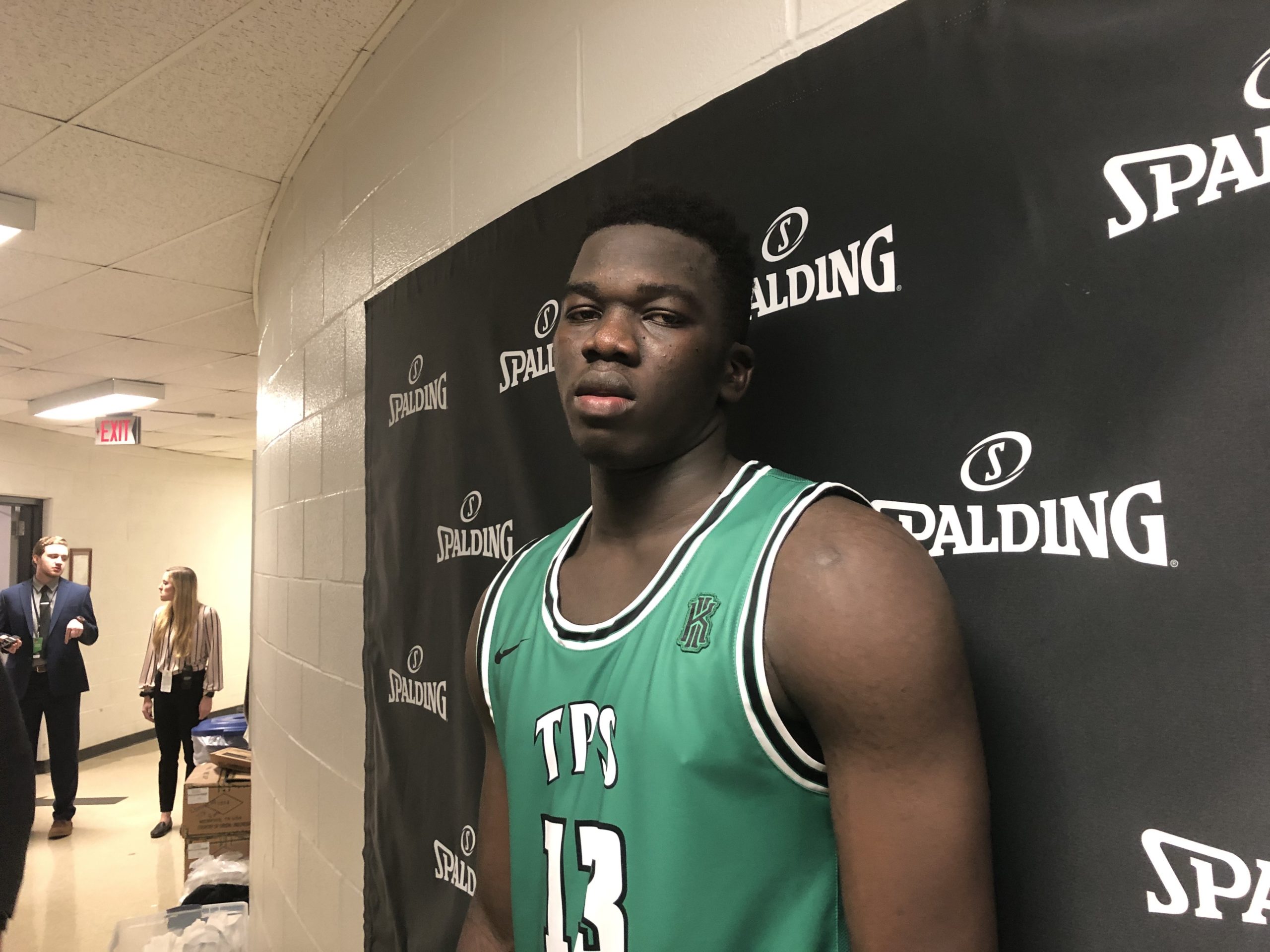 By ADAM ZAGORIA NEWARK — On a night when Seton Hall won their ninth straight game, they also hosted some big-time recruits. Adama Sanogo, the 6-10 junior forward from the Patrick School in Hillside, headlined a group of recruits who sat behind the Seton Hall bench. Patrick School coach Chris Chavannes said the Pirates are prioritizing Sanogo, who they see as having a bigger upside than former Seton Hall star Angel Delgado, who also played at the Patrick School. “Their view of Adama is that they could see him having the same role and impact as Angel,” Chavannes said. “That speaks volumes when you look at the career Angel had at Seton Hall. “Adama is further along now in his game offensively than angel was at this stage. Adama is a very very good rebounder. Angel made rebounding an art while he was here and only got better over time. Their coaching staff have made it clear Adama is their highest priority.”

Sanogo also holds offers from Auburn, Nebraska, Xavier, TCU, Rutgers, Oregon, Marquette, Creighton, UConn, Arizona State and Pitt, among others, with interest from Ohio State, Butler, Louisville, Washington and Memphis. Sanogo is ranked the No. 30 prospect in the Class of 2021 by ESPN.com, while his teammate Jonathan Kuminga, who is not a Seton Hall target but was also in attendance, is No. 1. A native of Mali, Sanogo debuted on Saturday at the Hoophall Classic in Springfield, Mass., after sitting out the NJSIAA-mandated 30 days following a transfer. He went for 24 points, 12 rebounds and 7 steals in a loss to IMG Academy (FL) en route to being named to the All-Hoophall Team. Also on hand were Samson Johnson and Chris Jiao ⁦of the Patrick School, Khalil Brantley of Boys & Girls , Mark Armstrong of St. Peter’s Prep and Shawn Fulcher of Xaverian. Follow Adam Zagoria on Twitter And Like ZAGS on Facebook