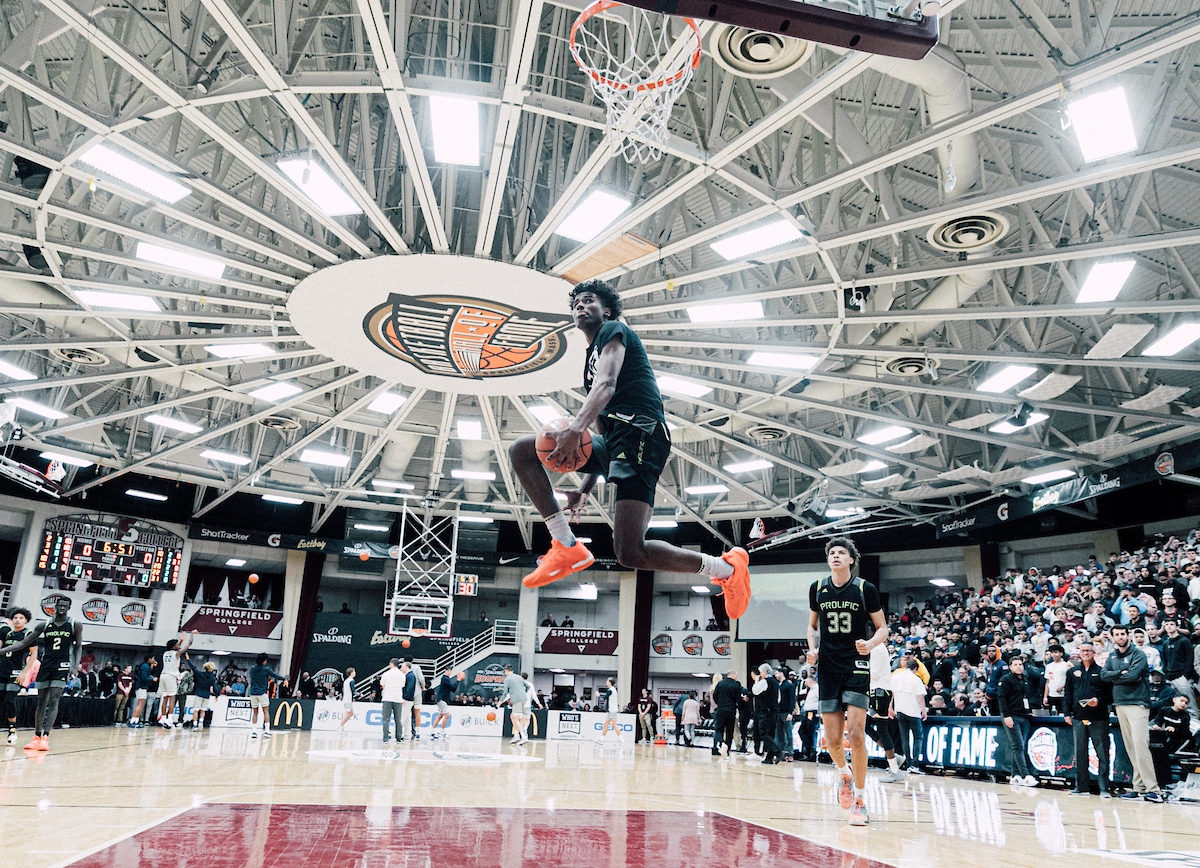 By TOM KONCHALSKI & ADAM ZAGORIA SPRINGFIELD, Mass. — After another cold, but enjoyable weekend at the Hoophall Classic, here is our 16-man All-Tournament Team. These may not have been the 16 best players at the tournament, but these are the guys whose performances impressed us the most. The group includes several uncommitted players as well as seniors committed to Arkansas, Georgia, Kentucky, LSU, Michigan and Oklahoma State.

Michael Foster, 6-9 Jr. F, Hillcrest Prep (AZ) With North Carolina coach Roy Williams among those on hand, the uncommitted junior forward went off for 31 points on 12-of-22 shooting and 5-of-9 from deep in Hillcrest’s blowout loss to Sunrise Christian. On the recruiting front, Foster told me he’s waiting on offers from Duke and Kentucky and is in no rush to make or cut a college list.

6’8 PF Michael Foster (no. 7 in the 2021 ESPN 60) leading the offense for @hillcrest_prep👌#HHClassic@TheRealFoster1 pic.twitter.com/HTBMUNIiU5

Jalen Green, 6-4 Sr. G, Prolific Prep (CA) The uncommitted senior guard went for 26 points and was 6-for-10 from the field, 4-for-5 from deep and 10-for-10 from the foul line against La Lumiere, while adding 6 assists and 5 rebounds. He broke down his recruitment after the game and said he wants to attend college next season instead of going pro. Green is the projected No. 3 pick in 2021, per ESPN.com.

Cade Cunningham, 6-6 Sr. G, Montverde (FL) Academy – (OKLAHOMA STATE) The Oklahoma State-bound point guard went for 18 points on 6-for–15 shooting with 6 rebounds, 4 assists and 4 turnovers in Sunday night’s nationally-televised win over IMG Academy. The projected No. 1 pick in 2021 then went 8-for-12 for 18 points with 6 assists as Montverde smack McEachern (GA), 94-65, on Monday.

Paul Lewis, 6-1 So. G, Bishop O’Connell (VA) The sophomore dropped 30 points on 12-for-17 shooting and was 5-of-7 from deep as O’Connell beat Mater Dei 73-72. Lewis only holds an offer from James Madison but that should change going forward.

Trevor Keels, 6-4 Jr. G, Paul VI (VA) With UNC coach Roy Williams front and center, the junior guard went for 23 points on 8-for-12 shooting, 3-for 6 from deep and 4-for 6 from the foul line in the win over Sierra Canyon (CA). In a featuring BJ Boston and Ziaire Williams, Keels was the best player on the floor.

Hunter Dickinson, 7-2 Sr. C, DeMatha (MD) Catholic – (MICHIGAN) After injuring his knee early in the game against Rancho Christian (CA), the newly-minted Michigan commit flat out dominated, going for 28 points on 12-for-17 shooting and 1-for-3 from deep while playing against USC-bound Evan Mobley, the No. 1 player in the 2020 class. Dickinson added 5 rebounds, 4 blocks and 3 steals.

Cam Thomas (no.20) with 29 impressive points in a win for Oak Hill. He gets his points from anywhere on the floor. A hard one on one cover. LSU has a bucket coming next season. @LSUBasketball @WhosNextHS pic.twitter.com/L0TKhzqrom

Mwani Wilkinson, 6-6 Sr. F, Bishop Gorman The uncommitted senior forward poured in 29 points on 12-for-19 shooting and 2-for-4 from deep with 12 rebounds in the loss to Oak Hill.

Adama Sanogo, 6-10 Jr. F, Patrick School (N.J.) The junior big man went for 24 points, 12 rebounds and 7 steals in a 73-54 loss to IMG Academy on Saturday. It was his season-debut after sitting the New Jersey-mandated 30 days per transfer rules.

Lance Ware, 6-9 Sr. PF, Camden (N.J.) – (KENTUCKY) The Kentucky-bound forward went for 18 points and 14 rebounds in Camden’s 61-59 win over Evan Mobley and Rancho Christian on Saturday in an impressive performance.