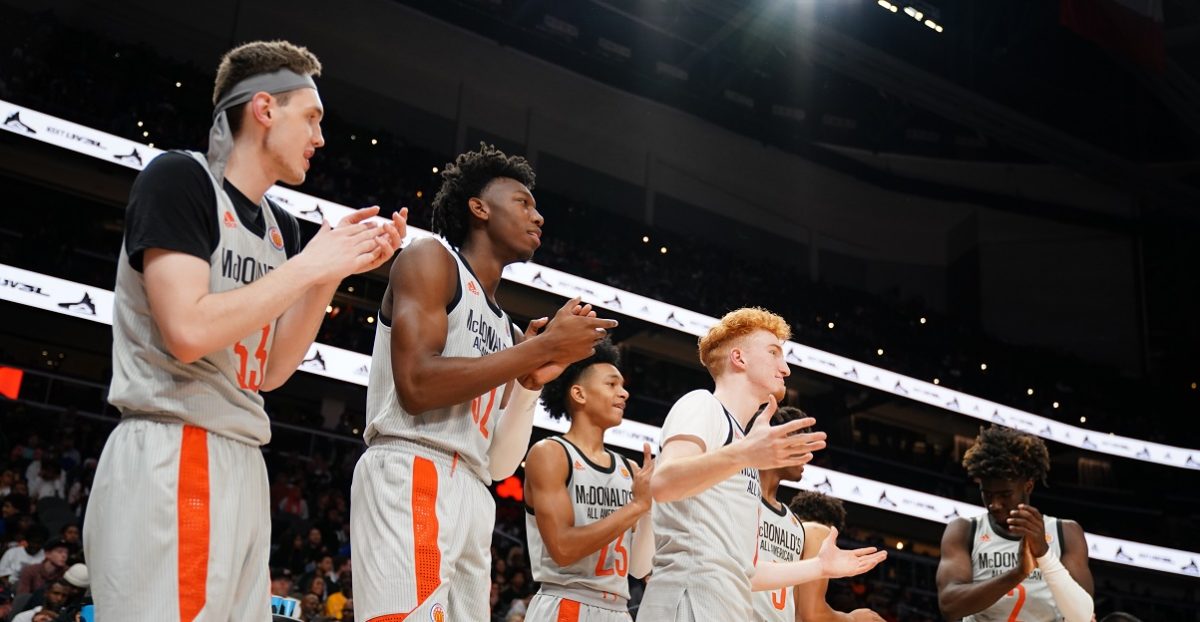 By JACOB POLACHECK After a two-year run in Atlanta, the McDonald’s All-American Game is on the move to Houston for 2020. The news was reported by USA Today, which announced the historic game will be played on Apr. 1 at the Toyota Center. This marks the first time Houston has hosted the Games. “The McDonald’s All American Games has a long history of celebrating the top high school basketball players from across the country and we cannot wait to bring this prestigious event to the passionate hoops fanbase in Houston,” said McDonald’s All American Games Selection Committee Co-Chairman Joe Wootten. “The boys and girls we select will leave their mark on basketball history and become a part of an alumni group that includes some of the best basketball players to take the court.” Tickets for the games will go on sale January 23 at ToyotaCenter.com. The games will be televised by ESPN and ESPN2. The final rosters for the game will be announced in late January. Photo: McDonald’s All-American Games Follow Jacob on Twitter Follow Adam Zagoria on Twitter And Like ZAGS on Facebook