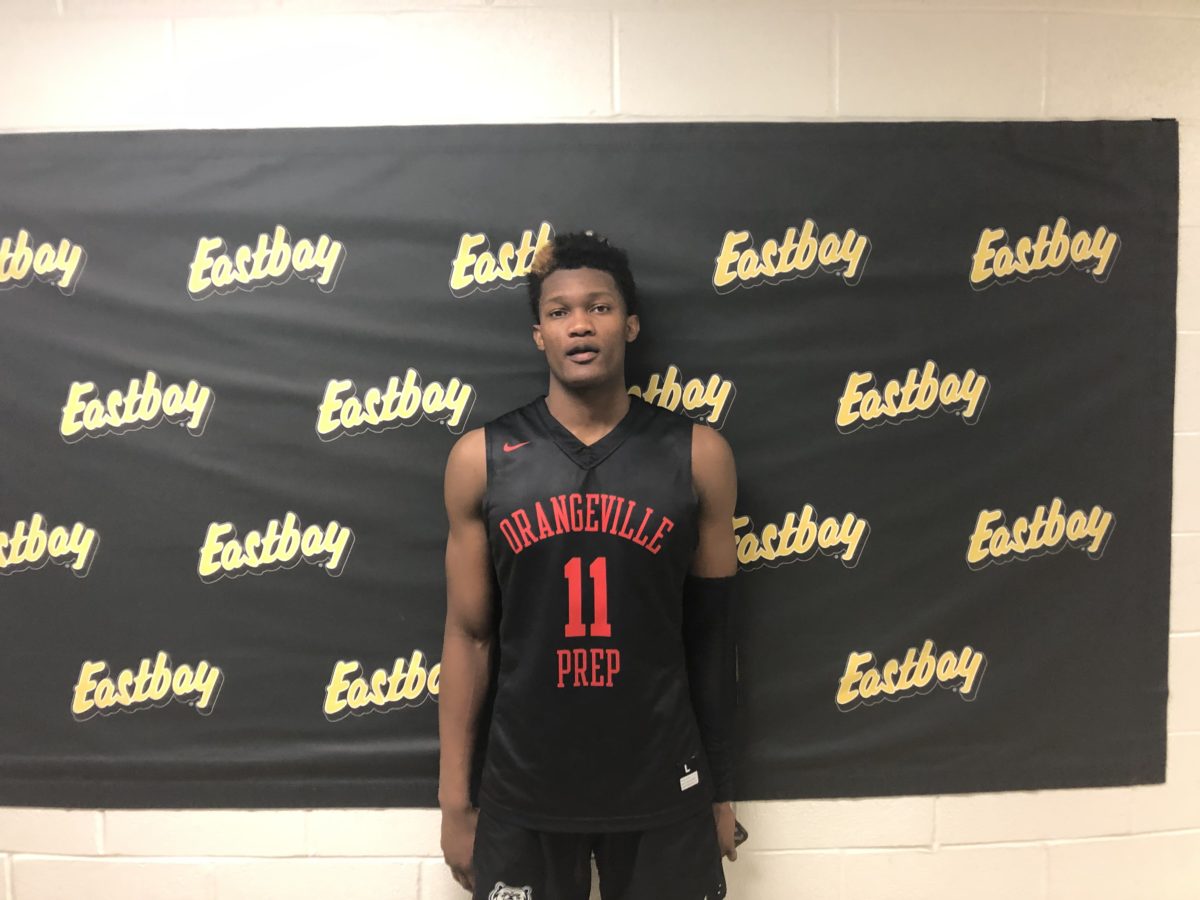 By ADAM ZAGORIA SPRINGFIELD, Mass. — Matthiew-Alexander Moncrieffe, the 6-foot-7, 205-pound Class of 2020 wing from Orangeville Prep, already has two upcoming visits to Oklahoma State and Georgetown, but he said Sunday that he is planning to take additional visits after those as well. St. John’s and South Carolina are in the mix for those visits for Moncrieffe, who is targeting a decision in February or March. “I got Oklahoma State coming up on [Jan] 26-28 and then I’m going to do Georgetown [Feb.] 4-6 and after that we’re probably going to do more,” he said after earning Team MVP honors by notching 21 points and 5 rebounds in Orangeville Prep’s 91-73 loss to Georgia-bound K.D. Johnson (35 points) and Hargrave Military Academy (VA) at the Hoophall Classic. “We’re still working through it.” As for a decision timeframe, he said, “I’m probably looking late-February, it could go all the way till mid-March, maybe April.” He broke down his options: St. John’s: St. John’s assistant Steve DeMeo was on hand for the game and Moncrieffe said they were “possible” for a visit. “It’s kind of new. They’ve been recruiting me since the start of the season,” he added. “They’ve been saying I can come in and impact right away. My athleticism in transition and all that stuff.” South Carolina: “[A.J. Lawson], that’s my boy. Their pitch to me is obviously A.J. might be leaving this year, he’s obviously high on draft boards and top 20 and stuff like that. So their pitch is he might be leaving but I might just see how that whole situation works out.”

Seton Hall (which he visited in November): “Coach [Kevin] Willard is a great, great coach. He just told me all the resources they have so I can one day be a pro. Tyrese [Samuel], my former teammate, goes there. They showed me all the lovely stuff they got there. It’s a great facility, it’s a high-level, no-nonsense program. “I think he’s one of the great coaches in college right now. [Their success] helps a lot. He’s just one of the best basketball minds overall. You can tell, he really eats, breathes, sleeps basketball. He’s just a great overall mind.” Oklahoma State: Moncrieffe said he spoke to Cowboys head coach Mike Boynton on Saturday and that assistant Erik Pastrana is “the main one on me.” “We talk every day,” he said. “Me and Cade [Cunningham] were just talking right before the game because he was practicing, “he added. “We were just chopping it up a little bit because we’ve been friends since Elite 100 and stuff like that. Oklahoma State, same pitch. They got a lot of guys leaving this year, starting three, starting two, a lot of starters are leaving so their pitch to me is just to come in and play with [Isaac “Ice” Likekele] and Cade and play that three spot and make an impact right away.” As for potentially playing with Cunningham, the projected No. 1 NBA pick in 2021, he said, “That would be great, that’s my boy. He’s a very unselfish. At Pangos Camp, we were on the same team and he made me look good all the time so that’s my boy.” Georgetown: “They obviously had a tough go early on this season with a lot of players leaving [four transferred]. Same thing, I could come in at that three spot and start right away. Coach [Pat] Ewing is no-nonsense, a big yeller. I love that program, they’ve been recruiting me for a while now, since Grade 11 or 10.” Follow Adam Zagoria on Twitter And like ZAGS on Facebook “