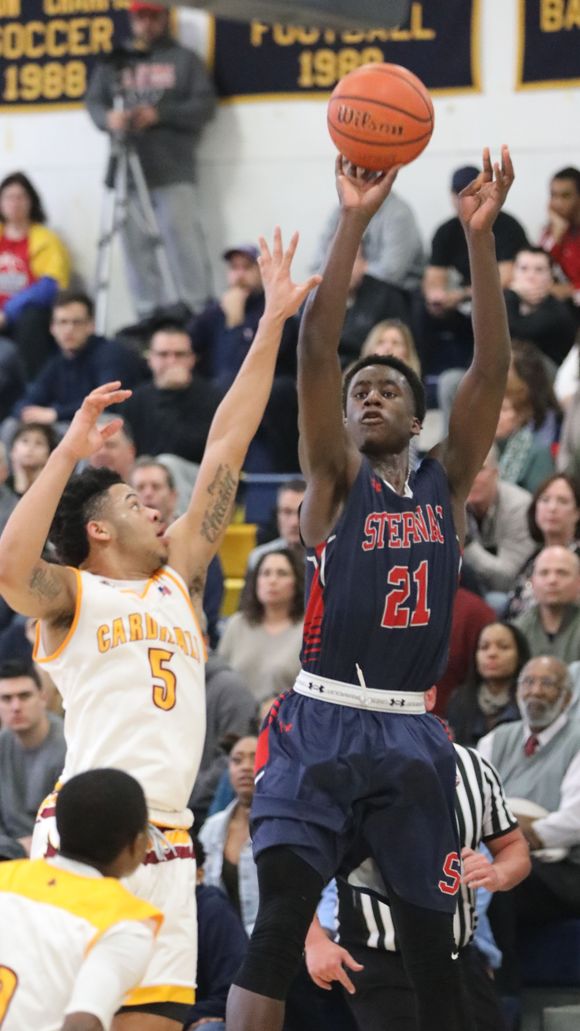 By ADAM ZAGORIA At this point, it’s not out of the realm of possibility that Archbishop Stepinac stars A.J. Griffin and R.J. Davis could be playing against one another on Tobacco Road in two years. The 6-foot- Davis committed to North Carolina on Monday, while the 6-7 Griffin is coming off an official visit to Duke this past weekend for “Countdown to Craziness.” “The Duke visit was great,” Griffin said by text. “I connected really good with everyone and [the] atmosphere of the Countdown to Craziness was unbelievable.” Griffin, who runs with the PSA Cardinals AAU team and is the son of Toronto assistant Adrian Griffin, was part of a busy weekend at Duke that also included 2020 big man Hunter Dickinson and 2021 big man Paolo Banchero. Griffin is ranked the No. 8 player in the Class of 2021 per 247Sports.com and the No. 3 small forward. He’s projected as a Top 10 pick in at least one 2022 NBA mock draft. Aside from Duke, Kentucky Villanova appear to be his main suitors. Kentucky just offered him on Oct. 10 and John Calipari has seen him twice this fall, while Villanova has also been in twice, once with head coach Jay Wright. He also holds offers from Kansas, Michigan Vanderbilt, among others. Meantime, Coach K was in attendance with Jon Scheyer and Nate James for Griffin on Sept. 9. “I talked to him over the phone,” Griffin said then of Coach K. “He said, ‘I’m excited to recruit you, I see a lot of potential in you.'”

Griffin missed some time last season with a foot but came back to help the USA Basketball U16 win a gold medal at the FIBA Americas Men’s U16 Championship in Brazil in June. He suffered a strained back when he dove for a ball in the gold-medal game against and then missed Peach Jam with the PSA Cardinals. “I definitely feel stronger and more confident in my game,” he said last month. “I added some better attributes to my game. I’m more of a vocal leader. My body is great.” Junior big man Malcolm Chimezie practices against Griffin every day. “The kid is a beast,” he said. “He can go anywhere. He’s strong, he’s relentless, he can shoot it, he has good size. He’s definitely an NBA player.”