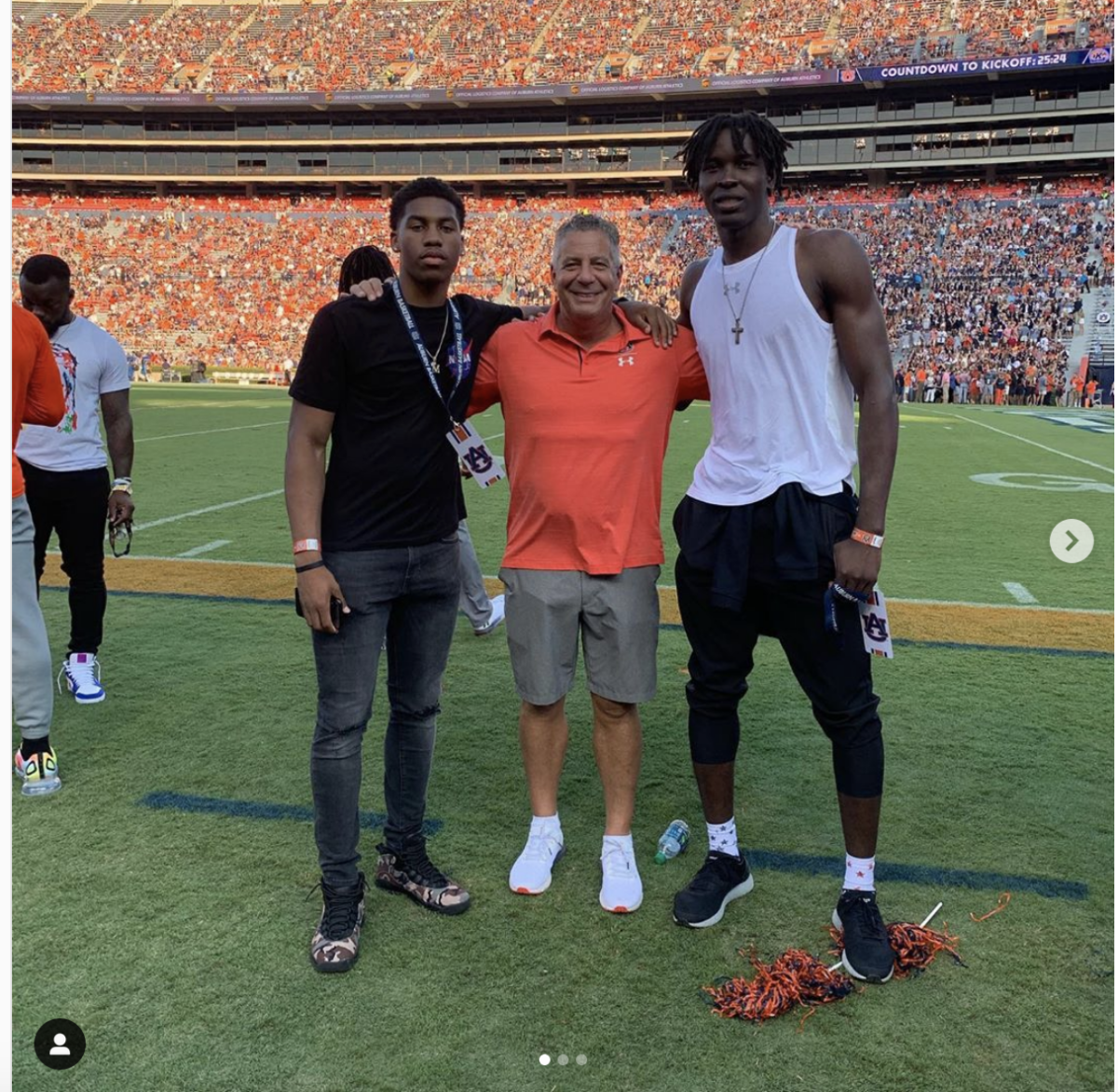 By ADAM ZAGORIA Roselle (N.J.) Catholic big man Cliff Omoruyi ed a Who’s Who of coaches during an open gym on Thursday night. Kentucky’s John Calipari, Auburn’s Bruce Pearl UConn’s Dan Hurley all attended along with assistants. The 6-foot-11 Omoruyi recently Tweeted a list of 13 final schools and said, “I will be committing after basketball season.” Omoruyi is listing Kentucky, Auburn, Louisville, Arizona State, Memphis, N.C. State, Miami, Maryland, Pitt, St. John’s, UConn, Rutgers Temple. He recently took an official visit to and has been to UConn unofficially. He plans to shut it down and not take any more visits until after the high school ends in March. “No visits coming,” he told me by text. “I shut it down till next year.”

A native of Nigeria who has only been playing organized basketball for a few years, Omoruyi has drawn comparisons to Clint Capela and Mitchell Robinson. Omoruyi was the most dominant big man in New Jersey last season. He and Whitney and Temple’s Josh Pierre-Louis helped lead the Lions to the Non-Public B state title game, where they fell to Bryan Antoine, Scottie Lewis Ranney. CALIPARI OFFERS A.J. GRIFFIN Kentucky’s Calipari and Tony Barbee officially offered Class of 2021 forward A.J. Griffin on Thursday afternoon at Archbishop Stepinac (N.Y.) on Thursday. This was the second time Calipari has seen the son of Toronto Raptors assistant Adrian Griffin, and an offer seemed likely. He and Villanova coach Jay Wright were in on Sept. 25. Asked his impression of Kentucky, Griffin said, “My impression is that they have guys who are committed to the game, like De’Aaron Fox and Malik Monk, those are two of my favorite players.” Griffin is the sixth player in the Class of 2021 to add a Kentucky offer, following Devin Askew, Patrick Baldwin, Paolo Banchero, Jaden Hardy and Jonathan Kuminga. In June, the 16-year-old Griffin, who runs with the PSA Cardinals AAU program, picked up offers from Duke, Kansas, Villanova, Michigan Vanderbilt — in one day.