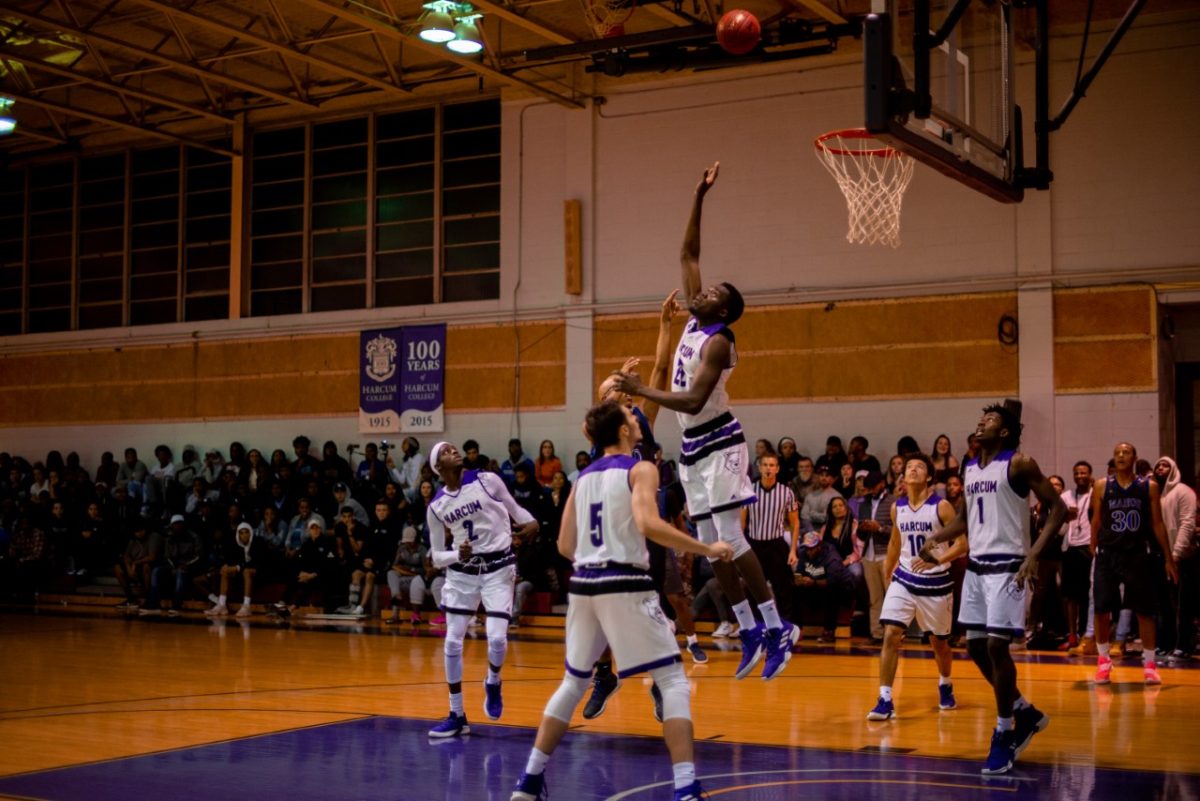 By ADAM ZAGORIA Valdir Manuel, the 6-foot-10, 230-pound forward from Harcum College (PA), has committed to Penn State, he told ZAGSBLOG. Manuel, 20, chose Penn State over Rhode Island and West Virginia. He will enroll for the 2020-21 season and have two years of eligibility. “Penn State, they’ve been recruiting me since the summertime,” the former St. Patrick’s standout and native of Angola said by phone. “And their academics impressed me. They’re always calling me. Every time they see me, they always bring their whole coaching staff, they always come deep.” Manuel, who has previously committed to Seton Hall, St. Joe’s and St. John’s before attending junior college, averaged 13.3 points and 10.1 rebounds last season at Harcum while shooting 54 percent from the field. Before that, he starred at New Jersey prep power St. Patrick where he showed tremendous scoring variety in the paint. “I feel like this is going to be the last [school I commit to],” he said. This is my last school. Me and coach [Pat] Chambers talk every day. I have a good GPA and I’m working very hard in school.” He and fellow Penn State commit Abdou Tsimbala, who is expected to join the Penn State team in December, will help replace the losses of Mike Watkins and Lamar Stevens, both seniors. “Valdir has improved over the summer, especially when it comes to his maturity, both on and off the court,” Harcum coach Drew Kelly said. “He’s a smarter player, he’s working harder, and you’re going to see an improved overall basketball IQ from Valdir this season. “It’s easy to forget that Valdir is still a fairly inexperienced player. It’s a huge adjustment coming to the US from overseas, and that adjustment can take years. That’s why his upside is high. As he gains experience, he keeps improving, and I would fully expect that improvement will continue at the next level. “I’m really proud of Valdir. He needed to make some adjustments, on and , and for the past he’s been working hard to put him in the position he’s in today. He earned it.” “I bring to multiple skill levels. I have multiple skill dimensions,” Manuel said. “I can face up, I can dribble, I can rebound, I can defend, I can defend pick-and-roll. And I’m 6-10. “And I’m more mature now. I take academics very serious now.” Penn State also adds point guard Dallion Johnson and wings D.J. Gordon and Caleb Dorsey to their 2020 recruiting class. Follow Adam Zagoria on Twitter And Like ZAGS on Facebook

Javonte Brown-Ferguson down to three schools, will announce Wednesday