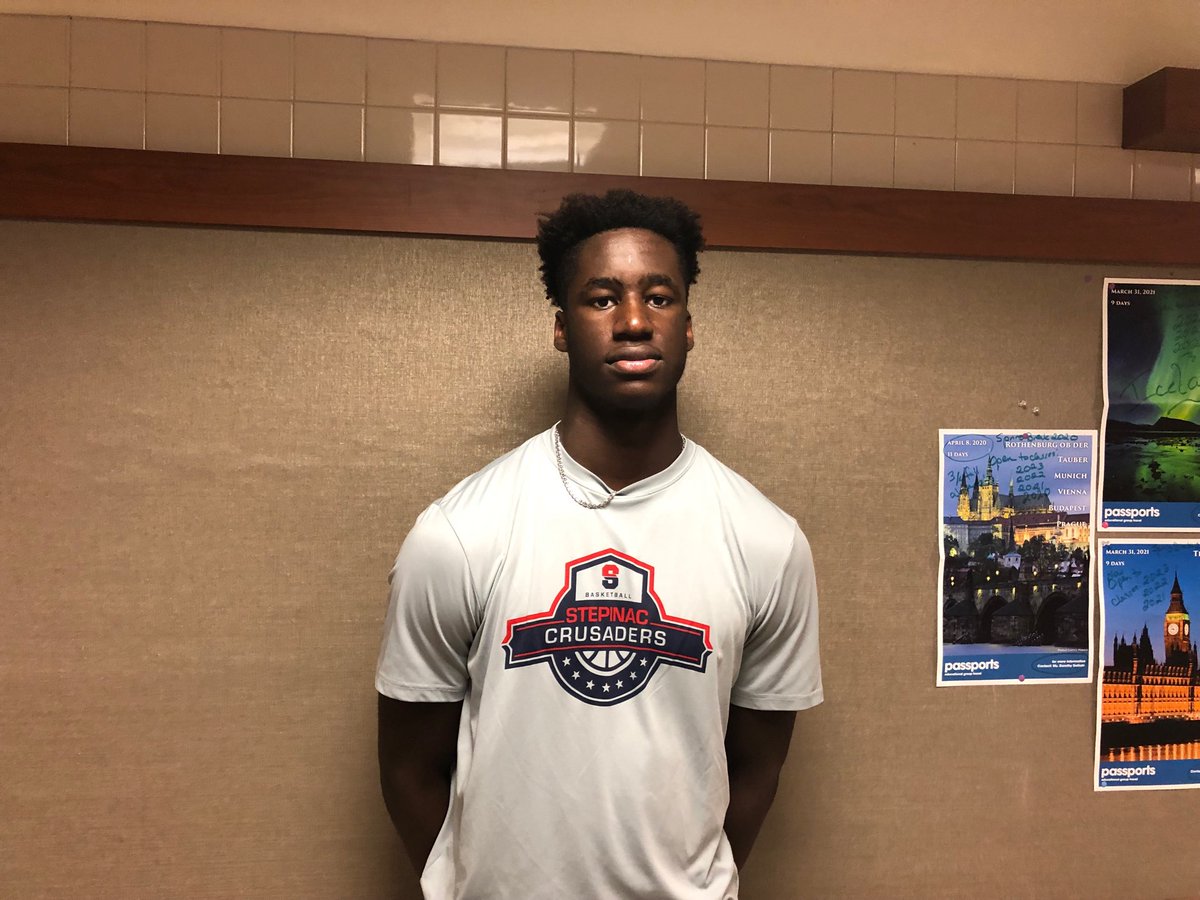 By ADAM ZAGORIA NEW YORK — It’s not even July 1 and A.J. Griffin has already won a gold medal with the USA Basketball U16 team and picked up scholarship offers from Duke, Kansas, UCLA, Michigan, Villanova Vanderbilt. What were you doing when you were 15 years old? It’s been quite a summer for the 6-foot-6 Ossining, N.Y., native and rising junior at Archbishop Stepinac High School. Oh, and did we mention that his father won an NBA championship as an assistant coach with the Toronto Raptors? “That was pretty cool,” Griffin told me Friday night at the New York Catholic League Team Camp at Archbishop Molloy High School. Griffin is sitting out the event this weekend with a strained back suffered when he dove for a ball in the gold-medal game against Canada. He said he’ll also miss next month’s Peach Jam with his AAU squad, the PSA Cardinals. Griffin was in Belém, Brazil. with the U16 team for the FIBA Americas Men’s U16 Championship when the Raptors beat the Warriors to win the franchise’s first NBA title, but he and his teammates watched the game on TV in the hotel lobby. Later, Griffin and his father, former Seton Hall standout Adrian Griffin, communicated.

“He just said all the hard work paid off,” Griffin said. “He went to the parade.” The younger Griffin missed the parade but celebrated his own championship in Brazil with his teammates. Griffin averaged 13.5 points and 4.3 points for the USA U16 team and went for 18 points in the gold medal game when the USA beat Canada 94-71 on June 9. Six days later, when college coaches could communicate with Class of 2021 prospects, Griffin picked up offers from Duke, UCLA, Kansas, Villanova, Michigan and Vanderbilt. This week, Kentucky coach John Calipari reached out to Stepinac coach Pat Massaroni to express his interest in Griffin. “I’m really interested in them so it would be nice to see them,” Griffin said of Kentucky, adding that he likes Calipari’s pedigree of producing one-and-done players. “That’s one of the things I like about them, is that they get them ready for the NBA the first year. That’s something I look forward to trying to do and just improve my game.”

Kentucky has expressed interest in 2021 wing AJ Griffin, who just won a gold medal with the USA U16 team

Griffin mentioned Duke, Pittsburgh, Maryland and Georgetown as schools that were on him early. “To get a Duke offer at 15 years old, that feels amazing,” he said. “Only one other person in my class has it and that’s Patrick Baldwin. Just to be one of the two, that’s incredible.” He also said Pitt is “recruiting me hard” and Maryland has “been on me since freshman year.” Of Kansas, he said, “They really like me.” UCLA “has been talking to me lately.” Griffin said he so many text messages this month “that I had to switch my number.” “I didn’t want my phone [blowing up] every single second,” he said. He hopes to visit Duke and several other schools. “I hope to visit a lot of places, just to get the feel of the campus and stuff,” he said. “I’m just going to keep [my recruitment] open for right now and then see whatever feels right.” Follow Adam Zagoria on Twitter And like ZAGS on Facebook