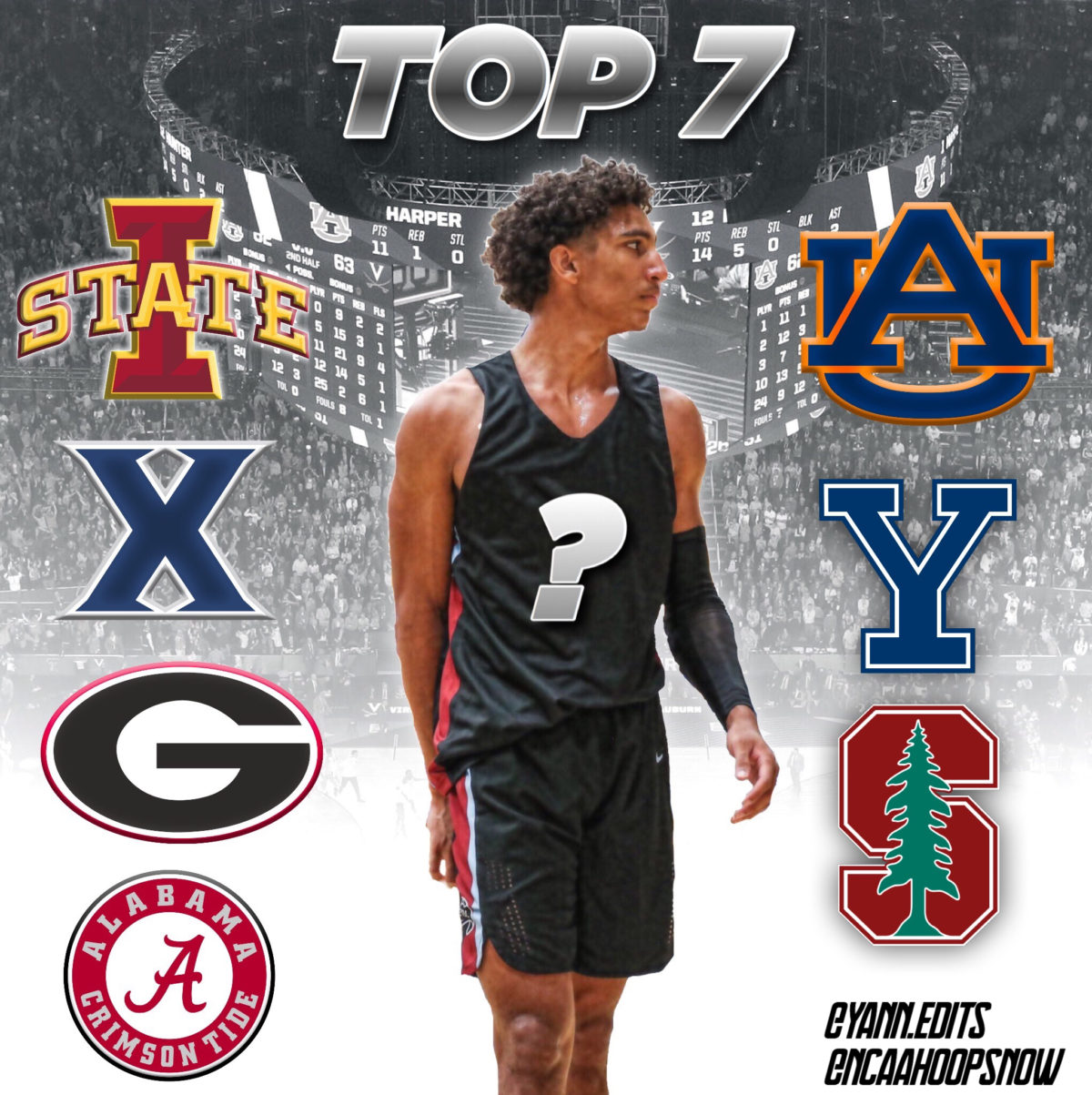 By RYAN McMULLEN
Colby Jones, the 6-foot-6 guard from Mountain Brook (AL) and Alabama Fusion AAU, has cut his list to seven schools. He took the time to break down his recruitment with ZAGSBLOG. Jones is down to Alabama, Auburn, Georgia, Iowa State, Stanford, Xavier, and Yale. He is still in the process of planning official visits. Alabama: “I’m excited to see what Coach (Nate) Oats brings to the table this year in his first year at ‘Bama. I like the style of play he had at Buffalo and I feel like that style fits me well. Coach (Antoine) Pettway always tells me “man we gotta get you Colb” so to hear that from a coach is always a blessing. Auburn: “They had a great year last year, Coach (Chad) Prewitt and Coach Wes (Flanigan) text me every-other day to let me know they still want me, so it’s good to know they’re still on me hard. “ Georgia: ” I feel like Coach (Tom) Crean and Georgia will have a good upcoming year and it’s his only in his second year there. With the class he brought in and how he’s coached many guards that have gone to the league, I know I would be led in the right direction if I went there. When I get there, the opportunity to play immediately will be available too.” Iowa State: “I have a great relationship with Coach (James) Kane and me and Coach (Steve) Prohm have been talking more and more. The conference they’re in and the way Coach Prohm lets his guards play are similar the way I like to play so I feel like I would fit in great there.” Stanford: “Coach (Adam) Cohen has been recruiting me for over a year and once they finally offered me it was a great feeling. They’re becoming a basketball school in a great conference with great academics so I feel like I would be in a great spot if I were to go there.” Xavier: “I have great relationships with the whole entire staff there and they all told me I am a top priority for them. Coach (Travis) Steele said I’m their main focus for my class so to hear that makes me more comfortable in what they see in me and my future.” Yale: “Coach (Tobe) Carberry and Coach (James) Jones text me every other day telling me how much a priority and main focus I am for them. I really enjoyed my official when I went up there and they had a really good season. They also sent Miye Oni, a player that played the same position as me, to the draft so it goes to show you the type of program they have going on right now. This year on the Nike EYBL Circuit, Jones averaged 16.3 points and 9.1 rebounds in 18 games played. According to 247Sports, Jones is a four-star prospect, ranked No. 116 nationally, and is the No. 2 player from Alabama. Follow Ryan on Twitter Follow Adam Zagoria on Twitter And like ZAGS on Facebook