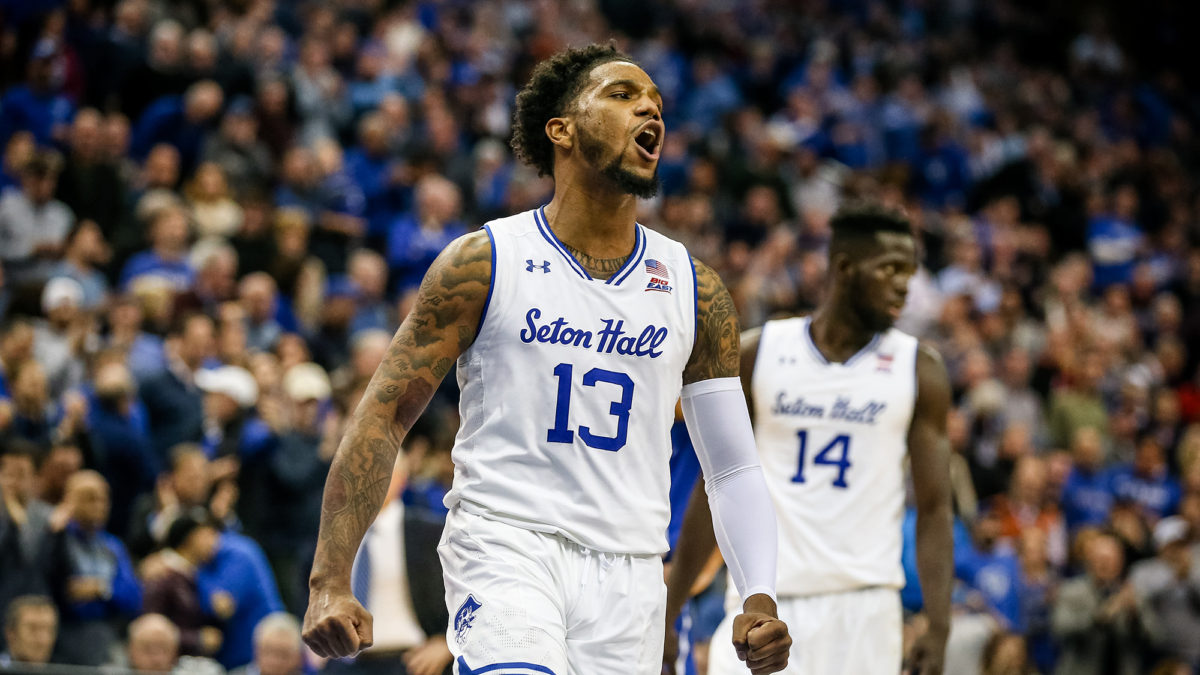 By ADAM ZAGORIA With the return of junior guard Myles Powell, Seton Hall is now cracking the Top 10 in some preseason polls. Andy Katz of NCAA.com has the Pirates at No. 7 entering the 2019-20 season, behind only Michigan State — whom the Pirates will play in the Gavitt Games — Kentucky, Duke, Memphis, Texas Tech and reigning NCAA champion Virginia.

That’s some high expectations, for sure. Gary Parrish of CBSSports.com has Seton Hall at No. 10, while Rob Dauster of NBCSports.com has the Pirates just outside the Top 10 at No. 11. With the 6-foot-2 Powell back on campus, Seton Hall returns everyone except senior Mike Nzei, while adding 7-foot-1 former Florida State shot-blocker Ike Obiagu and bouncy Canadian forward Tyrese Samuel. Pirates coach Kevin Willard has always stressed a strong non-conference schedule in an effort to boost his team’s NCAA Tournament resume — and ultimately its seeding heading into March. This year the Pirates will play preseason No. 1 Michigan State, as well as Maryland, Rutgers and Iowa State. The Pirates will play in the Battle 4 Atlantis Nov. 27-29 that features North Carolina, Gonzaga, Michigan, Oregon, Iowa State, Alabama Southern Mississippi. During four straight NCAA appearances under Willard, the Pirates have been seeded 6, 9, 8 and 10. During that span they’ve won just one game — in 2018 as an 8 seed. In order to live up to the hype this season, Seton Hall needs to build towards a top-5 or 6 seed in the NCAA Tournament to make its life easier come March. Keep in mind the East Regional will take place at Madison Square Garden, where the Pirates won the 2016 Big East Tournament over Villanova and have traditionally done very well. Follow Adam Zagoria on Twitter And like ZAGS on Facebook