Myles Powell to return to Seton Hall for senior season 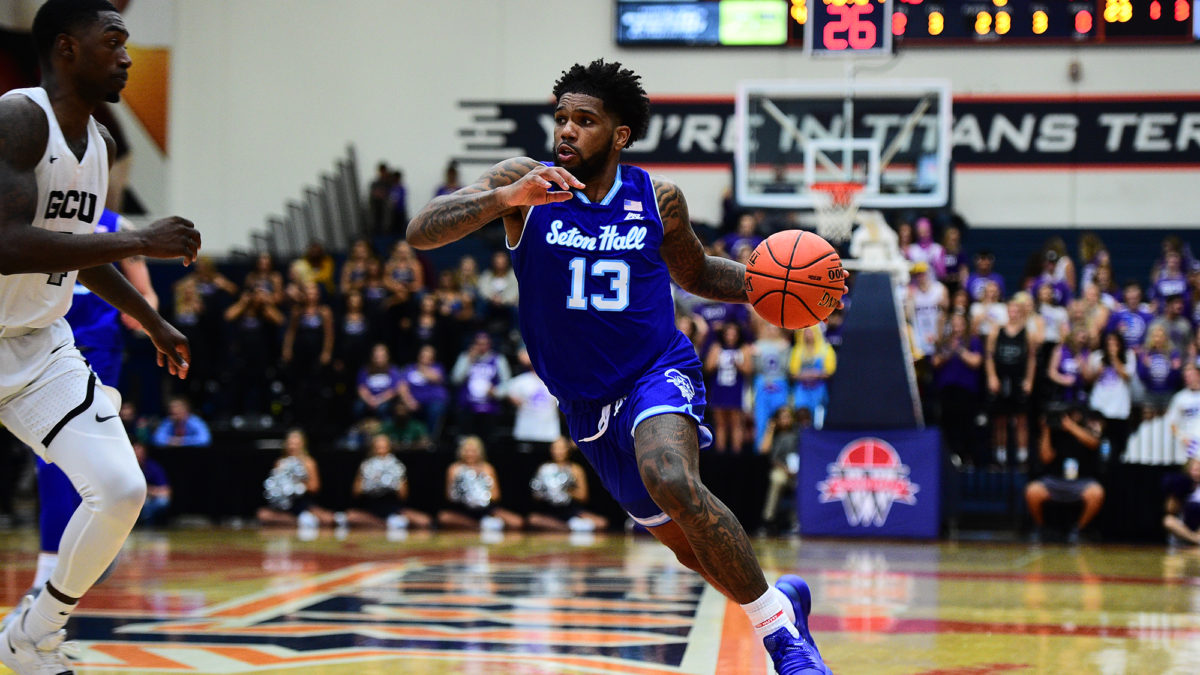 By ADAM ZAGORIA Seton Hall fans got a major dose of good news Wednesday evening when Myles Powell announced he would return for his senior season. “Guess who’s back,” he Tweeted.

So blessed & thankful to be where I’m at in life on & off the court !!!! Going back to finish what I started & most importantly be the first one in my family to have a college degree ?? @SetonHallMBB LET’S GO WIN A NATIONAL CHAMPIONSHIP ???

The 6-foot-2 Powell had multiple NBA workouts and also excelled at the NBA G League Elite Camp but never got a guarantee from an NBA team. NBA scouts want to see Powell with the ball in his hands so it will be interesting to see how much coach Kevin Willard lets him play the point with the return of both Quincy McKnight and Anthony Nelson. “It’s been amazing just being around all the NBA guys, playing my game and showing everybody what I can do,” the Trenton, N.J. said at the G League Combine after putting up 23 points on 8-of-14 shooting and 5-of-10 from deep as his team improved to 2-0. “The guy makes a lot of shots,” one NBA scout in attendance said. With his return, Seton Hall could be a top-15 type team and a potential Sweet 16 or better team in the NCAA Tournament. They will get a great test against potential preseason No. 1 Michigan State in the Gavitt Games. Powell also figures to battle with Marquette’s Markus Howard for Big East Player of the Year honors. Howard is the reigning league Player of the Year.

Powell averaged 23.1 points, 4.0 rebounds 2.9 assists last year at Seton Hall en route to winning the Haggerty Award. He then took advantage of the new NBA rules to test the waters with an agent. “There’s a lot that goes into this, you gotta make sure you’re going to get a roster spot, you’re going to get signed,” Willard said in Chicago. “It’s more than just someone you. You gotta be guaranteed a roster spot. You’re not going to leave college to go play in the G League.” Follow Adam Zagoria on Twitter And Like ZAGS on Facebook