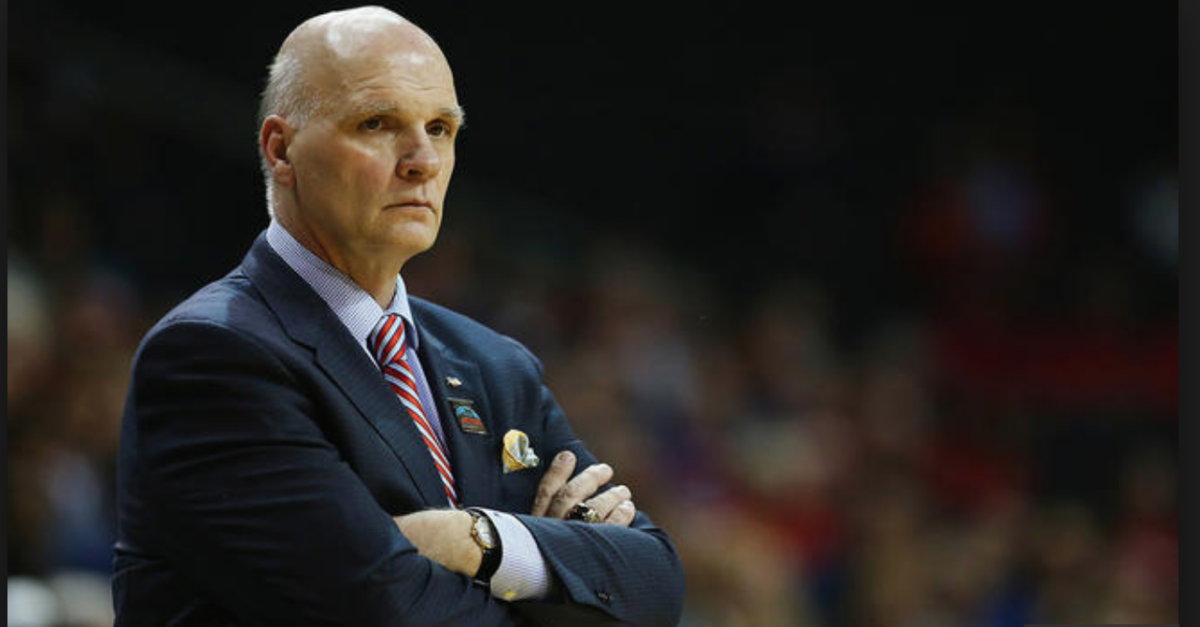 By RICH FLANAGAN Juwan Howard was named the new head coach of Michigan’s men’s basketball team on May 22 and has quickly begun filling out his staff. He has already retained assistant Saddi Washington and is now bringing in a longtime Big 5 head coach. Former Saint Joseph’s head coach Phil Martelli has accepted an assistant coaching position with the Wolverines, he announced on Twitter on Monday. Martelli is expected to be Howard’s top assistant. Knicks assistant Howard Eisley, a Michigan native, looks to be the next member of the new Wolverine staff., according to The Athletic. “I am honored to be working with Juwan Howard,” Martelli told ZAGSBLOG. “He has the character, work ethic and most especially the love of of Michigan that leads me to want to join him in the pursuit of excellence. His joy is contagious. I cannot wait to hit the ground running.” Howard, who is now the only African-American head coach in the 14-team Big Ten Conference, conceded at his introductory press conference last week he has a lot of work to do learning the NCAA’s vast rulebook. When Patrick Ewing was hired at Georgetown, he said on a radio program he hoped to get another former , Allen Iverson, involved in recruiting, specifically with a certain player.  That turned out to be an NCAA violation. “Recruiting is going to be a challenge because I first have to understand all the rules,” Howard said. “I will learn and get into that NCAA rulebook as far as what you’re allowed to do, and what you’re not allowed to do. That’s going to be one of the biggest challenges, and to my understanding there are a lot of rules out there.” Asked then if he would consider assistant who could help him with the rules, perhaps a former head coach, he said, “That’s one thing I’m exploring.” Martelli, 64, spent 24 years as the coach of the Hawks before being let go on March 19. He took over at St. Joe’s in 1995 and led the program to the Atlantic 10 regular season and conference tournament title as well as a No. 12 ranking in the country in only his second season. His most successful season came in 2003 as Naismith Player of the Year Jameer Nelson and Delonte West led St. Joe’s to a perfect regular season record and No.1 seed in the NCAA Tournament before a loss in the Elite Eight. After winning 28 games during the 2015-16 season, the last time Martelli’s team played in the NCAA Tournament behind Atlanta Hawks forward DeAndre’ Bembry, the Hawks went a combined 41-55 in his final three seasons. While at the helm, Martelli compiled a 444-328 overall record with seven trips to the Big Dance, three conference tournament crowns and five consecutive conference regular-season titles from 2000-2004. Hiring Martelli gives Howard a tenured and established presence on the bench as he takes over his alma mater, where he was a member of the Fab Five that advanced to back-to-back national title game appearances in 1992 and 1993. Follow Rich on Twitter Follow Adam Zagoria on Twitter And like ZAGS on Facebook

John Calipari on Brad Calipari's transfer: 'I even told him to look at Division II'