John Calipari on Brad Calipari's transfer: 'I even told him to look at Division II' | Zagsblog
Follow @adamzagoria

John Calipari on Brad Calipari’s transfer: ‘I even told him to look at Division II’ 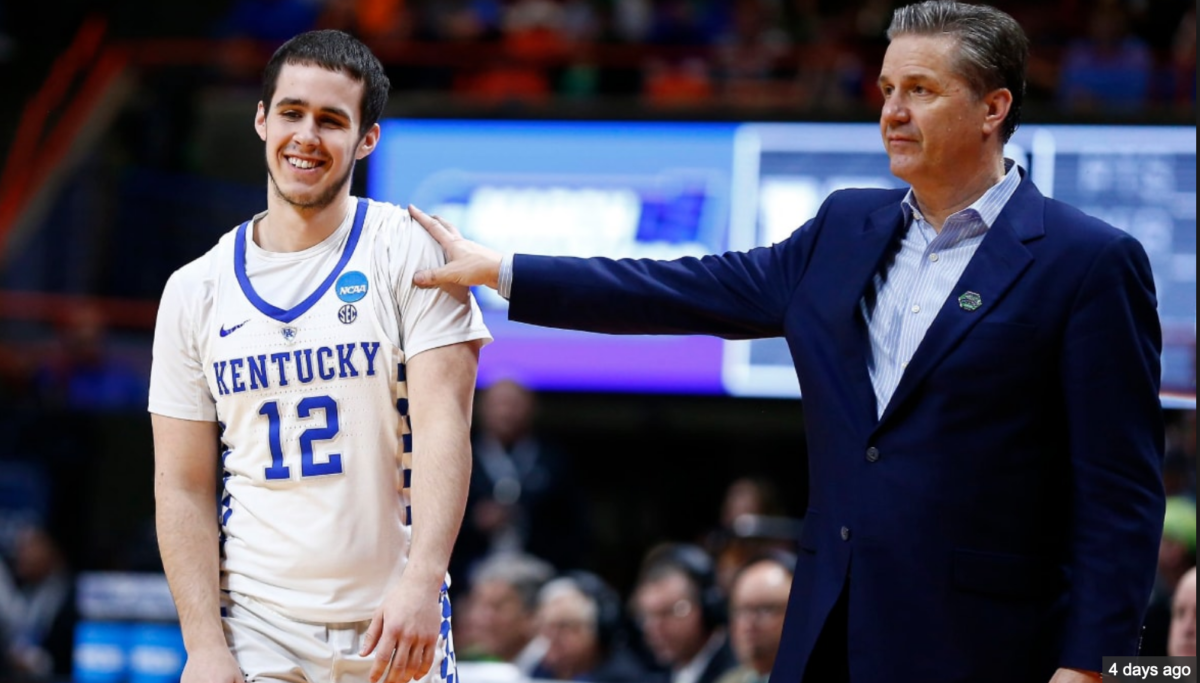 In an ideal world, Brad Calipari would get more playing time at Kentucky under his father, Wildcats coach John Calipari.

But given the loaded backcourt at Kentucky, that isn’t happening, so the younger Calipari will transfer — as has been known for several days — and he might even end up at a Division II outfit. “The ideal thing would be for him to have more of an opportunity here, but you know, I’d love to do it, but that’s my own son,” Calipari told local reporters Tuesday. “It has to be earned and you have to deserve it and you have to take what you want, and the other guys try to take what he wants, and if he is better than you then I am playing him. If you’re not doing your thing and you’re changing the game, guess what, I’m taking you out. This thing is about winning and you being responsible for you.” A 6-foot junior from Franklin Lakes, N.J., Calipari averaged less than 1 point, 1 rebound and 1 assist last season. Next year Kentucky will have a slew of wings and guards with Ashton Hagans, Tyrese Maxey and Immanuel in the backcourt and Johnny Juzang, Keion Brooks and Kahlil Whitney on the wings.

“I look at this and just tell you that, again, for my son and all of these kids, this is hard here,” the elder Calipari said. “It’s not easy, and if you’re not willing to work, you should not come here…..This stuff is a competitive environment and you’ve got to want this, and then you take what you want.”

John Calipari said he was stunned at how quickly the news of Brad’s transfer got out after he put his name in the portal. “I didn’t know all the stuff went crazy.,” he said. “He puts his name in the portal – how does the media get it within a minute? That’s supposed to be for colleges, not for the media. But the media, I’m researching that. How does the media have all of this? It was out within 30 seconds of him putting his name in.” Calipari said Brad first brought up the transfer idea the night before he put his name in the portal. “The next morning, he put his name in without telling me, his mom, his sisters, anybody,” he said. “He just put it in there. He didn’t think anything. But the media got it within 30 seconds and all of a sudden it is trending nationally and Cal and his son are having a fist fight and he is leaving. What? I mean, you know, do you blame him? He was in here three times yesterday working out. Do you blame him for wanting to play more and with knowing who is here? Has he gotten better? Absolutely, he has gotten better.” Calipari suggested that his son consider playing Division II basketball at his next stop. ” So now, he can look around, and I even told him to look at Division II,” he said. “What’s wrong with that? Go to a place where you are well coached, where you get a chance, where you are in a good league.” Photo: Washington Post Follow Adam Zagoria on Twitter And like ZAGS on Facebook