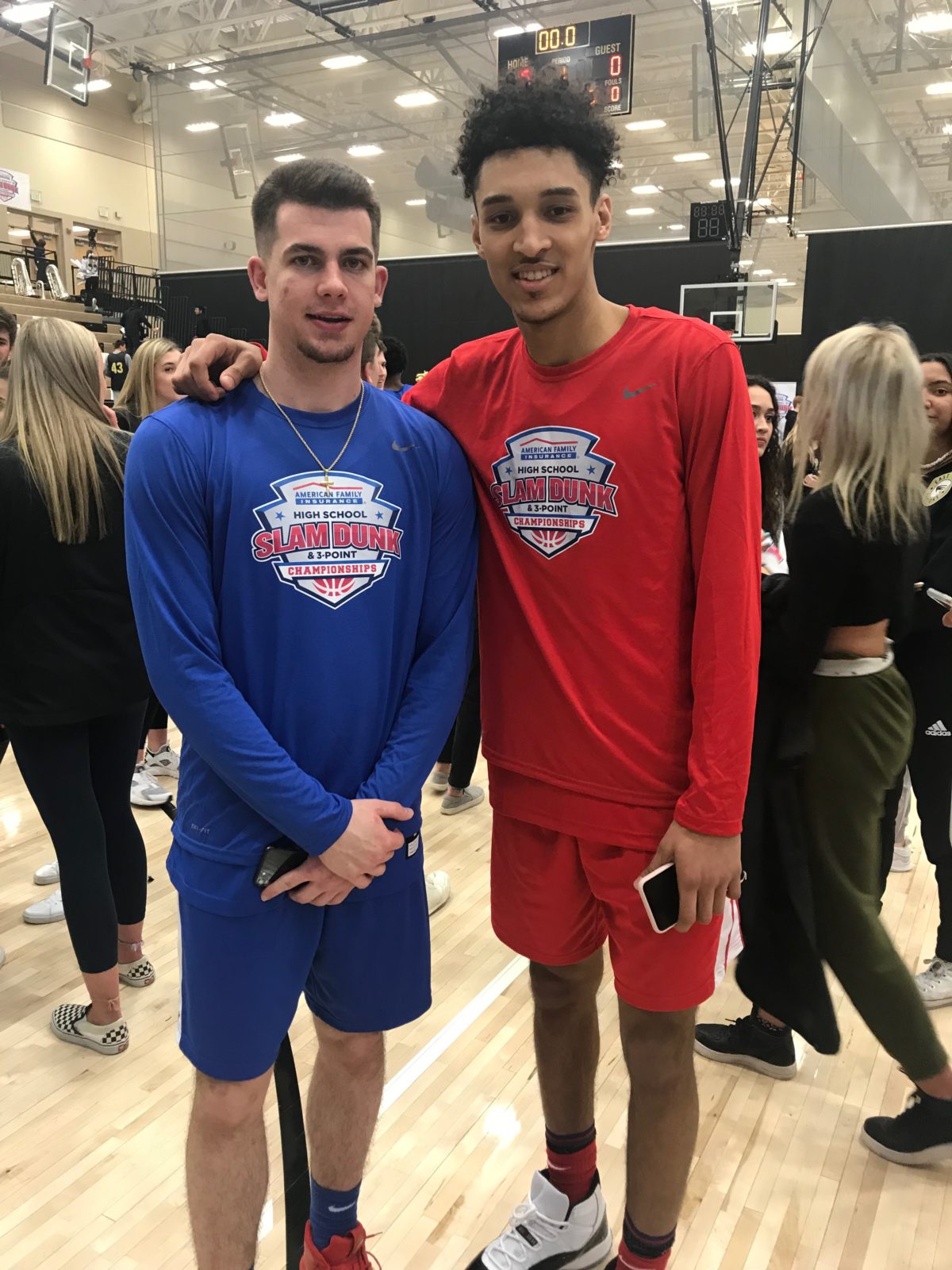 By ADAM ZAGORIA MINNEAPOLIS — Syracuse commits Joe Girard and Brycen Goodine aren’t competing in the Final Four this weekend — and they won’t even get to attend the games here at U.S. Bank Stadium. But the two Orange pledges roomed together in Minneapolis for the American Family Insurance High School Slam Dunk & 3-Point Championships. “It was a fun experience, getting to hang out with a lot of high-level athletes,” the 6-foot-3 Goodine out of St. Andrews School (R.I.) said by phone. “And I got a chance to room with Joe so I got to know him a little bit better. We were just laughing and talking the whole weekend.” Both players competed in the 3-Point Championship, which was won by Louisville commit Samuell Williamson. “He has a good shot, gets up high, it’s good,” Goodine said of Williamson. Girard and Goodine are part of a five-man recruiting class that now includes Quincy Guerrier,  John Bol Ajak and Jesse Edwards. This group will have to help replace the scoring lost by Tyus Battle, who is now training in L.A. for the NBA Draft. We can “definitely bring scoring because we can both shoot the ball very well,” Goodine said of himself and Girard. “And just a team mentality. We’re both people who want to win games. Girard knows something about winning. He’s New York State’s all-time leading scorer in basketball and this year led Glens Falls High School to the New York State Federation B title when he hit a buzzer-beating game-winner in overtime in a 75-74 win over Lowville. He also won state football championship last year as quarterback. “I think just being competitive, just being winners, just trying to win every time we’re on the floor,” he said of what they will bring to Syracuse. “Trying to be the best and just listen to Coach [Jim] Boeheim and make sure you trust him. “We’re just going to have to score the ball and we’re going to have to take care of a lot of stuff on defense. On offense we’re going to have to fill some holes, fill some gaps.” Girard said he graduates June 29 and will head to campus June 30. Syracuse coaches were not allowed at the event because it’s a dead period but assistant Gerry McNamara is in Minneapolis and reached out. “Gerry just wished us luck today,” Girard said.