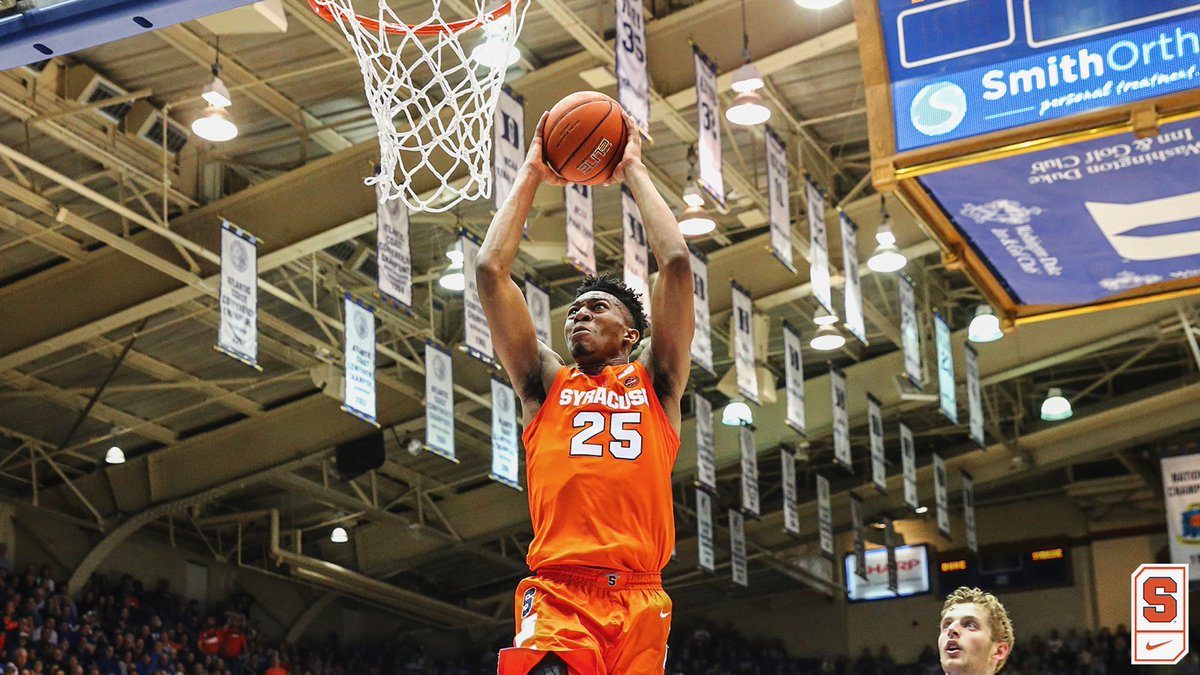 By ADAM ZAGORIA Tyus Battle will leave Syracuse after his junior season and enter the NBA Draft, a source said Friday. The 6-foot-6 Edison, N.J., native is graduating in three years. He averaged 17.2 points, 3.3 rebounds and 2.5 assists for Syracuse, which lost to Baylor in the first round of the NCAA Tournament on Thursday. In the 78-69 loss to Baylor, he had 16 points, 3 rebounds and 2 assists. Battle scored 1,647 career points at Syracuse. He tested the NBA Draft waters last season and worked out for several teams but then opted to return to campus. Battle is not projected to be drafted in the latest ESPN.com mock draft. One NBA executive suggested he could land a Two-Way Contract and spend time with an NBA team and in the NBA G League.

Tyus Battle was feeling it for @Cuse_MBB

The past three years here at Syracuse University have been some of the best years of my life.

When I arrived here as a freshman, I didn’t know what to expect. I was a shy kid from New Jersey with aspirations of making an impact.

The Syracuse community welcomed me with open arms. They helped mold me into the young man I am today, and I thank them for that.

The fans who packed the Dome every night, win or lose — they stood outside in the cold in subfreezing weather after the game — regardless of the game’s outcome. You always showed us so much love.

To the teachers and faculty who challenged me and helped prepare me for life outside of the game: They are my heroes.

To my teammates who have grown into my brothers: They will always hold a special place in my heart.

I have made the decision to embark on the next chapter of my life to pursue a professional basketball career. I am confident that I am ready because of you.

Just as you have given your heart to me, I have given it right back each time I put on my Syracuse jersey and stepped out on the basketball court.

I accomplished as much I could throughout my time here at Syracuse. I leave holding my head high knowing that I gave this community all I had and left everything on the court each and every night.

Thank you to my coaches: Coach Boeheim, GMac, Red and Griff. You knew when to challenge me to bring out my best and when to simply encourage me to do what you knew I was capable of.

A special thanks to the basketball staff — Brad Pike, Katie Scanlon, Ryan Cabiles, Kip Wellman and Dan Shworles, Coach Wayne Morgan, Pastor Will and the team managers — I appreciate all that you have done for me.

So with that I say goodbye for now. Thank you for everything!