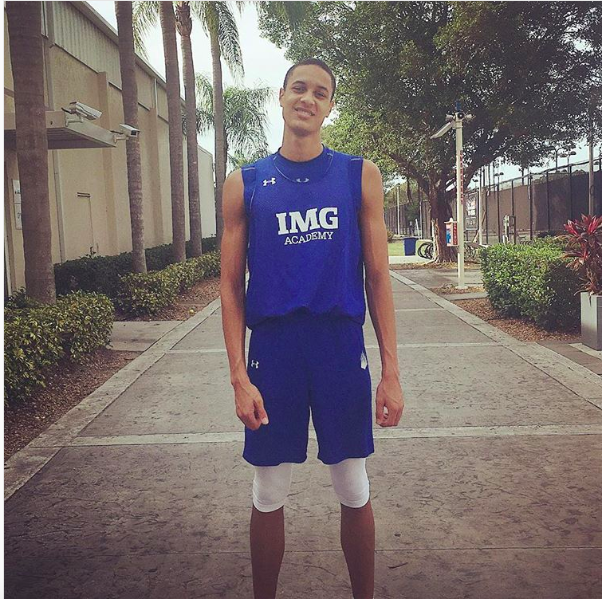 By JACOB POLACHECK Jesse Edwards, the 6-foot-11 center from the Netherlands committed to Syracuse on Friday, per ESPN’s Adam Finkelstein. He took his official visit to Syracuse earlier this week (Apr. 1). Edwards is currently taking a post-grad year at IMG Academy (FL) before he joins the Orange this fall. “First and foremost, he’s a great kid,” IMG coach John Rhodes said. “I tell people all the time that he is closer to the floor than the ceiling but with development I’m confident he could reach his potential. He has attributes that you can’t teach; long, good hands, and he has the ability to put the ball in the basket.” Georgia Tech, Vanderbilt, Providence and Stanford were among the schools also interested in Edwards. He visited Georgia Tech last week. Edwards joins Brycen Goodine, Quincy Guerrier, Joseph Girard, and John Bol Ajak as the fifth commit in Syracuse’s 2019 class.