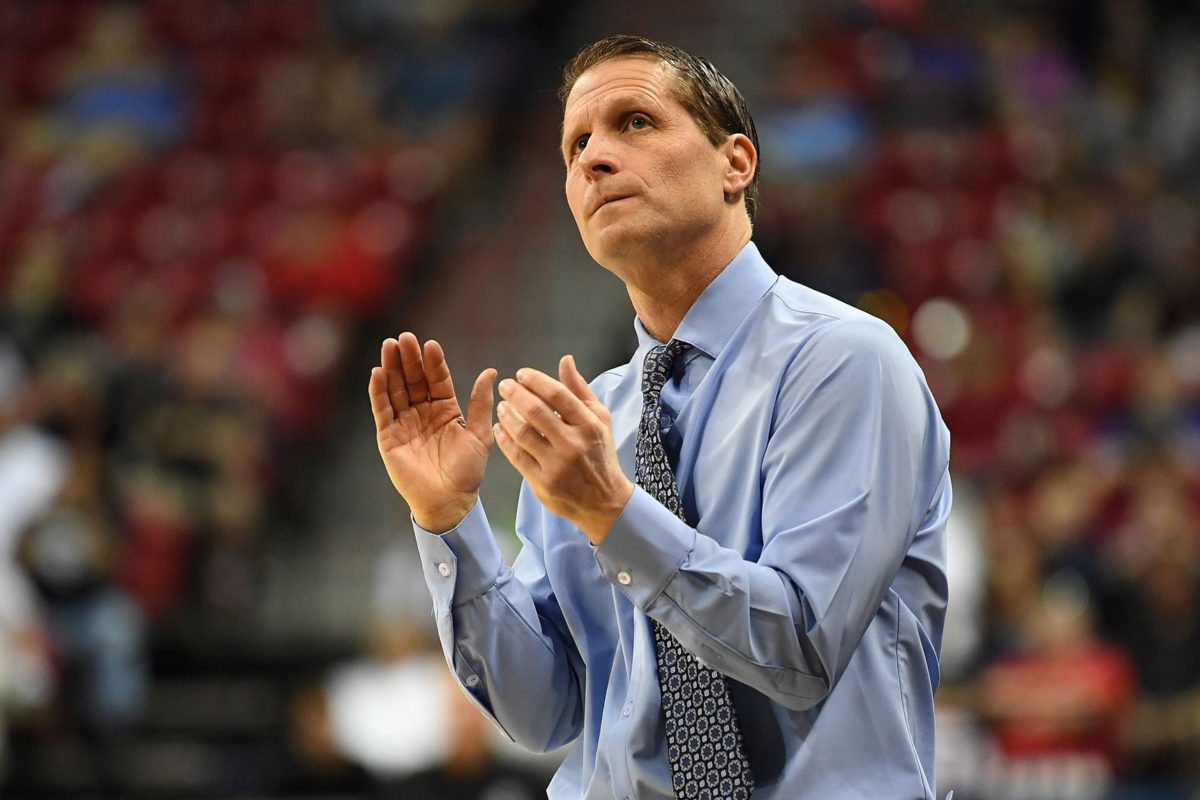 INDIANAPOLIS — Nevada coach Eric Musselman is expected to be a candidate for the Pac-12 openings at Cal and Washington, multiples sources said. Musselman, 52, has NBA experience as the head coach of the Sacramento Kings and the Golden State Warriors. In two years at Nevada, he is 52-20, including a 28-6 mark this season, 14-4 in the Mountain West. No. 12 Nevada lost to No. 5 Iowa State, 84-73, in the Midwest Region on Thursday night. The Cal job came open when Cuonzo Martin resigned to take the Missouri job, while Washington on Wednesday fired Lorenzo Romar. Martin then reportedly hired current Washington and former Missouri women’s assistant Michael Porter Sr., the father of Michael Porter Jr., a projected lottery pick in the 2018 NBA Draft. Photo: USA Today Follow Adam Zagoria on Twitter And like ZAGS on Facebook