West Virginia to Join Big 12...But When? | Zagsblog
Follow @adamzagoria

West Virginia to Join Big 12…But When? 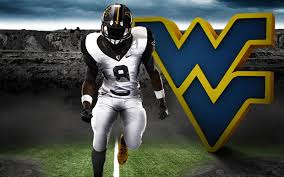 West Virginia — and not Louisville — has been accepted into the new 10-team Big 12 Conference. But the question is, When will the Mountaineers begin play in their new league? In announcing the unanimous decision by its Board of Directors to approve West Virginia, the Big 12 announced that, “The Mountaineers will begin competing in the Big 12 beginning with the 2012-13 athletic season.” But Big East Commissioner John Marinatto says he plans to makes all outgoing teams — Syracuse and Pittsburgh to the ACC, and now West Virginia to the Big 12 — wait the mandated 27 months that accompanies the $5 million exit fee for current teams. “West Virginia is fully aware that the Big East Conference is committed to enforcing the 27-month notification period for members who choose to leave the conference,” Marinatto said in a statement. Sources confirmed that West Virginia on Friday paid $2.5 million of the buyout to the Big East, with the rest due when it joins the Big 12.

“Our intent is clearly July 1 we’ll be a member of the Big 12,” West Virginia President James Clements said, according to ESPN.com. Yet if Marinatto gets his way, that would mean those schools couldn’t join their new leagues until the 2014 football season and the 2014-15 basketball season. After losing Missouri to the SEC — the SEC accidentally said Thursday night Missouri would join for 2012 — the Big 12 said it expects to have 10 schools for next season —  Baylor, Iowa State, Kansas, Kansas State, Oklahoma, Oklahoma State, TCU, Texas, Texas Tech and West Virginia. That is a measure of good news for the Big 12, because it means Louisville is not going anywhere and the Big East can hope to retain its automatic BCS bid after 2014. “We are confident that in the coming weeks we will complete our own realignment program, adding a number of high-quality members to remain among the top conferences in both football and basketball,” Marinatto said. The league wants to add Navy, Boise State and Air Force for football only, and Houston, Central Florida and SMU for all sports. Invitations are expected to officially go out on Tuesday during the Big East presidents’ meeting. Marinatto and associate commissioner Nick Carparelli reportedly met with Air Force officials Wednesday and Boise State officials Thursday. Now the Big East must add another football program, with Temple or Memphis possibilities. Louisville basketball coach Rick Pitino and Notre Dame coach Mike Brey both told SNY.tv they’re in favor of adding both schools for all sports. While Big 12 and West Virginia officials praised the move to the Big 12, West Virginia senior forward Kevin Jones said it wouldn’t be the same seeing his team in a new league. “It’s not going to really affect me or Truck [Darryl Bryant], but I just feel sorry for my teammates and the players that it will affect in the future,” Jones, a Mount Vernon, N.Y., native and preseason first-team All-Big East selection, told SNY.tv at Big East media day. “Of course I will be coming and watching games and watching games on TV, but it just won’t have that same feel if it wasn’t the same Big East that I played in.” RELATED CONTENT **Jones says West Virginia won’t have same ‘feel’ in new conference **Pitino uncertain where Big 12 goes now **Pitino says Big East should add Temple and Memphis **Pitino goes off on Syracuse, Pitt bolting Big East **Pitino: UConn to the ACC is ‘dumbest thing’ he’s ever heard