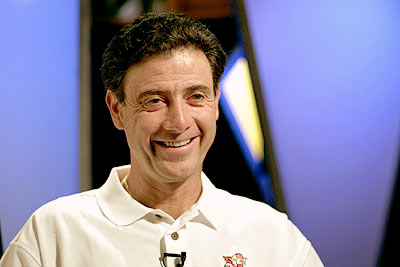 Rick Pitino has a lot in common with many college basketball fans right now in that he’s not sure which is the next team headed to the Big 12. “I don’t believe they’re going to 12 [teams], I believe they’re going to 10,” Pitino told SNY.tv by phone. “And I’m not sure until it’s announced who it is.” West Virginia was reportedly headed to the Big 12 as its 10th team on Tuesday, but on Wednesday multiple reports indicated the process was put on hold. The Charleston Gazette reported Wednesday that the Big 12 Board of Directors has what the newspaper called “put the brakes” on plans to expand. That echoes what Pitino told SNY.tv Tuesday night, that West Virginia was not a done deal to the Big 12. “I’m not sure what the landscape will be in a couple days, but I can assure you that it’s not 100 percent that West Virginia is going anywhere,” he said. He added: “If it is, we wish West Virginia luck, just like we wish Pittsburgh and Syracuse luck [in the ACC].” Pitino is staunchly against having Louisville shift to the Big 12, but other powerful people are trying to make that happen. According to The New York Times, U.S. Senate minority leader Mitch McConnell, a Republican from Kentucky, had lobbied Big 12 officials, including David Boren, the president of the University of Oklahoma and a former senator, to include Louisville in expansion plans. “I think it’s 50-50 right now between West Virginia and Louisville,” a Times source said. Democratic senators from West Virginia were not pleased. “If these outrageous reports have any merit — and especially if a United States Senator has done anything inappropriate or unethical to interfere with a decision that the Big 12 had already made — then I believe that there should be an investigation in the U.S. Senate, and I will fight to get the truth,” Sen. Joe Manchin said in a statement. “West Virginians and the American people deserve to know exactly what is going on and whether politics is interfering with our college sports.” According to ESPN.com, Sen. Jay Rockefeller, the chairman of the Senate Commerce, Science and Transportation Committee, said in a statement: “The Big 12 picked WVU on the strength of its program — period. Now the media reports that political games may upend that. That’s just flat wrong. I am doing and will do whatever it takes to get us back to the merits.” Pitino wants to see Big East Commissioner John Marinatto target Memphis and Temple to join the new Big East for both football and basketball. He pointed out that “FedEx is behind” Memphis despite their struggling football program, and that the basketball program has 18,000 season ticket holders. “They would be the second-biggest arena in college basketball behind us,” he said. “I think it’s a no-brainer.” He added: “We have to get city schools that fit into what the Big East is all about, fit in geographically as well as the core of basketball.” “Build your football up. Take Boise [State], take Houston, take SMU, take Air Force, take Navy, whoever you want to take. “But we must take Temple and Memphis into the Big East. We must replace Syracuse, Pitt and West Virginia, if that’s the case, with Temple and Memphis. RELATED CONTENT **Pitino says Big East should add Temple and Memphis **Pitino goes off on Syracuse, Pitt bolting Big East **Pitino: UConn to the ACC is ‘dumbest thing’ he’s ever heard