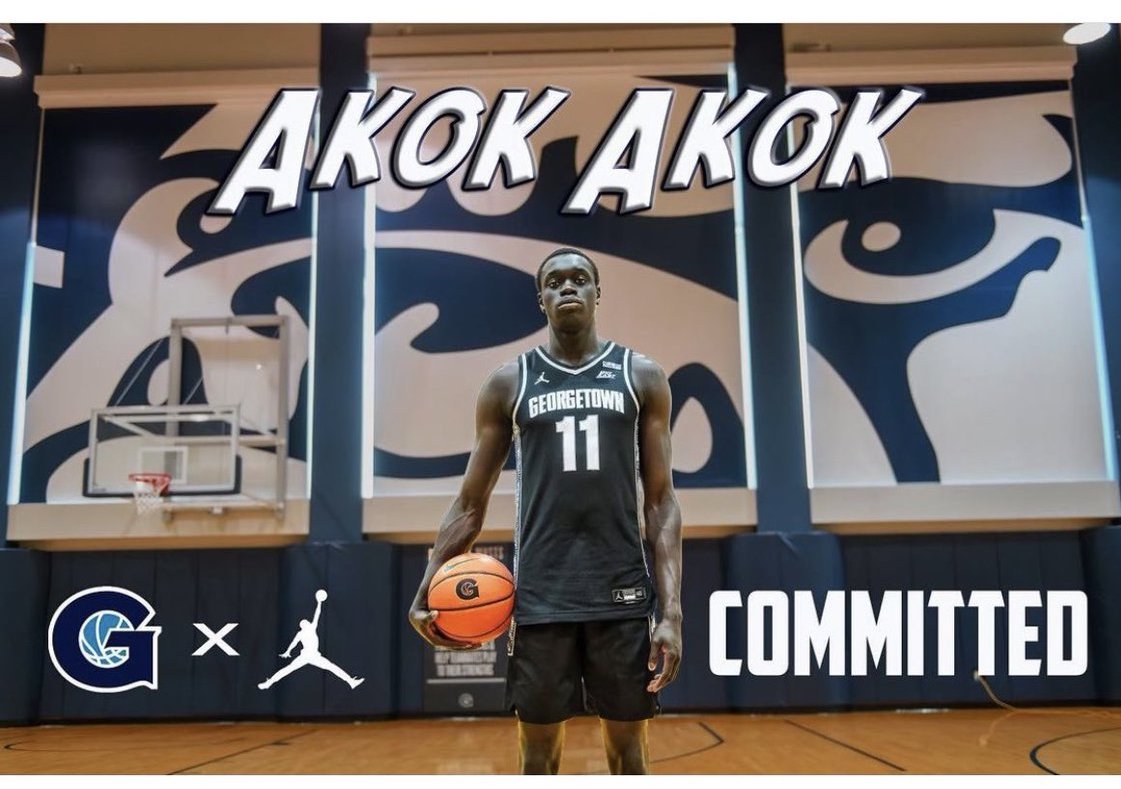 By ADAM ZAGORIA During his time at UConn, Akok Akok battled injuries and never lived up to the hype he received coming out of high school. Now he’s at Georgetown hoping to help turn around a team that suffered a historically horrendous 0-19 league season that ended with 21 straight defeats. “Everybody wants to get their feet wet and get their first game under their belts so I’m very excited, everybody’s very excited,” the 6-foot-9 forward said this week at Georgetown’s media day. “I can’t wait to put a Georgetown uniform on and represent the right way.” Coach Patrick Ewing is counting on Akok, one of several transfers who came in during a roster overhaul, to help his team win some games. Georgetown was picked 10th in the 11-team Big East. “He’s been working extremely hard, he’s very coachable,” Ewing said. “He’s another one that I expect great things out of, his talent, his ability to block shots, his ability to shoot. “And just his effort, his effort has been over the top for us.”

"His effort has been over the top for us"

Qudus Wahab, the 6-11 forward who returned to Georgetown after a year at Maryland, joins Akok in a big frontcourt that could present problems for opposing Big East teams. “Definitely happy to have him back,” Ewing said. “That was part of our team that we missed last year, throwing the ball inside to someone. If you want to be successful in any high school, college and beyond, you need to be able to score at all three levels.”. Last year Akok played in 23 games at UConn, but averaged just 3.4 points and 3.2 rebounds while playing behind a lot of talented frontcourt players under coach Dan Hurley. In May he transferred to Georgetown after also visiting Pitt and West Virginia, but then went down with a knee injury during Kenner League in the summer. “I hurt my knee in Kenner League back in July,” Akok told Georgetown writer Ron Bailey. “I’m happy it wasn’t nothing serious. It really hurt. Thank God that was nothing really serious. “I was up and back in a couple days.” There was some speculation that Georgetown would part ways with Ewing, the biggest hero in program history, but instead he stayed on while revamping his staff with several additions, including ex-LSU assistant Kevin Nickelberry. “I chose Georgetown because it was a great fit and I trust the coaching staff,” Akok said when he committed. “I’ve known Coach Ewing for a while, Coach Nickelberry has worked with some people I know. They are both talented coaches and this is a great opportunity. “ Overall, the transfer process was tough but now he’s getting acclimated. “When you first commit, it’s a long process, transferring and coming on visits, meeting with new coaches that’s all a process,” he said. “Once you get to campus and you start working for a couple months with the team, and then really start getting into preseason, it all becomes real. When I put that uniform on for the first time in a couple weeks, I feel like it’s gonna be surreal that I got to this moment.” Ewing knows all eyes will be on him after a historically bad season and he and his team will have to do better. “Naturally, I watch film, watched last year’s film, watched previous year’s film and talk to my confidants I have, not only in the NBA but all over, about things I need to do to be better,” he said. “You have to continue to grow if you want to be successful.” Follow Adam Zagoria on Twitter Follow ZAGSBLOGHoops on Instagram And Like ZAGS on Facebook