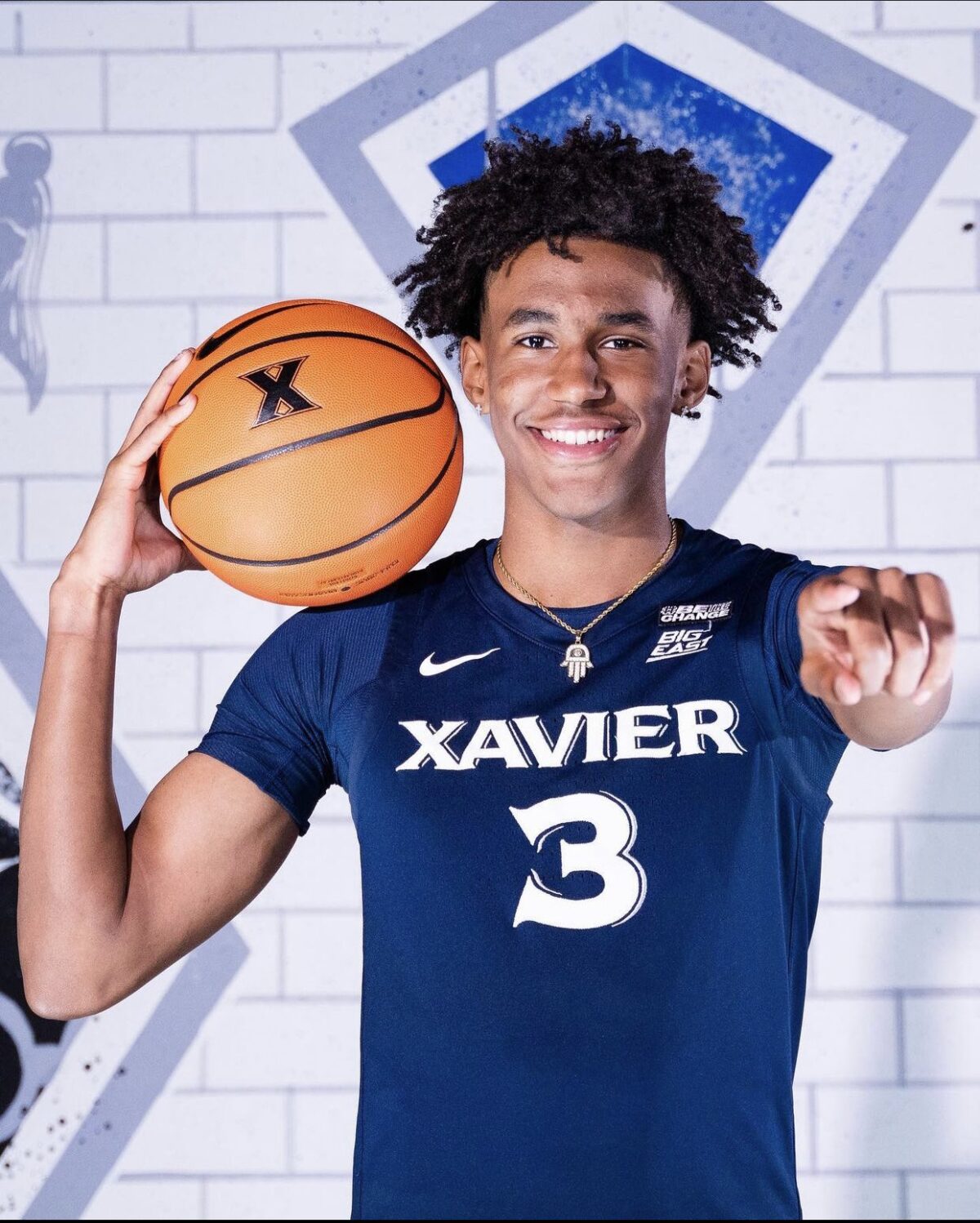 By ADAM ZAGORIA Dailyn Swain, the four-star small forward from Columbus (OH) Afrocentric Early College, committed to Xavier on Friday. Ranked the No. 22 small forward nationally by 247Sports.com, he also considered Ohio State, Arkansas, Arizona State and Clemson. He visited Xavier last month. “I’d like to announce that I will be continuing my athletic and academic career at Xavier University,” he told Travis Branham of 247Sports.com via video.

“I feel like that’s the best fit for me,” he added. “I have an opportunity to play for a coach in Coach [Sean] Miller that’s coached and produced so many professional players. That’s my goal, to be a pro so playing in the Big East, I feel like that’s a conference I will thrive in, me being a big guard and a fast-paced offense in transition where I feel I’m at my best, I feel that’s where I fit.” Asked how he’ll fit in, he said, “I have an opportunity to come in and start as a freshman next year with Coby Jones possibly going to the NBA so he sees me as a position-less basketball player. I can run the 1, 2, 3, guard the best player, run the offense, run the break, everything that he needs me to do and he understands that. He joins point guard Trey Green and shooting guard Reid Ducharme in Miller’s 2023 class that is now ranked in the Top 10 in the nation. Green is ranked No. 66, Ducharme 97 and Swain 114, per 247. “He believes in early talent, coming in as a freshman, progressing and producing. He thinks you should be on the floor, and that’s not the same with every coach in the country.” Follow Adam Zagoria on Twitter Follow ZAGSBLOGHoops on Instagram And Like ZAGS on Facebook