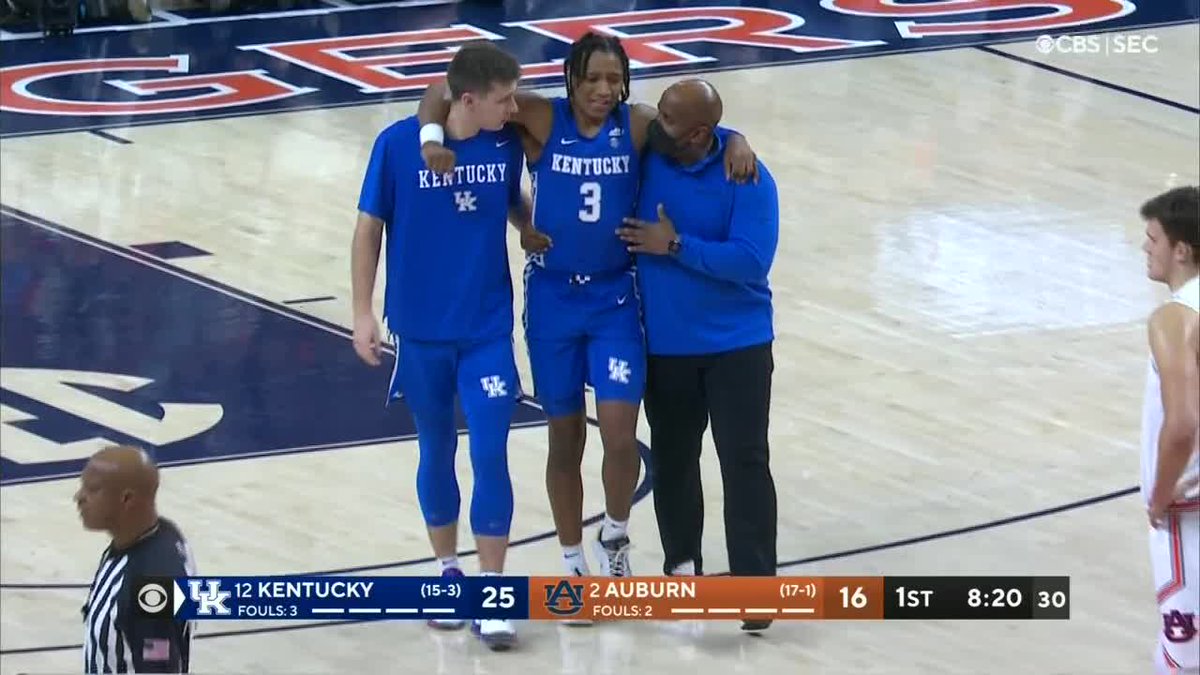 UPDATE 1/23: Things are sounding optimistic with TyTy Washington’s ankle. Received this from a source close to him:. “He’s doing fine and will be reassessed daily. He’s day to day to return.” Washington could potentially sit out No. 12 Kentucky’s game with Mississippi State Tuesday and then possibly return for the Jan. 29 date at No. 7 Kansas. By ADAM ZAGORIA Kentucky freshman point guard TyTy Washington has no swelling in his left ankle and will get X-rays when the team lands in Lexington, sources close to him said. He’s expected to start treatment and take it “day-by-day,” one source said. Washington suffered the ankle injury at the 8:20 mark of No. 12 Kentucky’s 80-71 loss at No. 2 Auburn on Saturday. He finished with four points and one assist in nine minutes. The 6-foot-3 Washington is averaging 14.2 points, 4.6 assists and 4.2 rebounds. Kentucky junior point guard Sahvir Wheeler also went down twice after slamming into backcourt screens. Asked by reporters who would have to step up if Washington and Wheeler are out for an extended period, coach John Calipari said: “Davion [Mintz], Kellan [Grady], Bryce [Hopkins]. Play with a different lineup. The biggest thing for me is there are no excuses. Own your performance.” The 5-9 Wheeler is averaging 10.4 points and 7.1 assists. Calipari said he would not rush 6-4 guard Shaedon Sharpe, who enrolled mid-year and is eligible for this year’s NBA Draft, into action. “It wouldn’t have been fair to him,” Calipari said. “I have told his parents that I am not going to put him in a position that he hurts himself. I am not.” Photo: Bleacher Report Follow Adam Zagoria on Twitter Follow ZAGSBLOGHoops on Instagram And Like ZAGS on Facebook