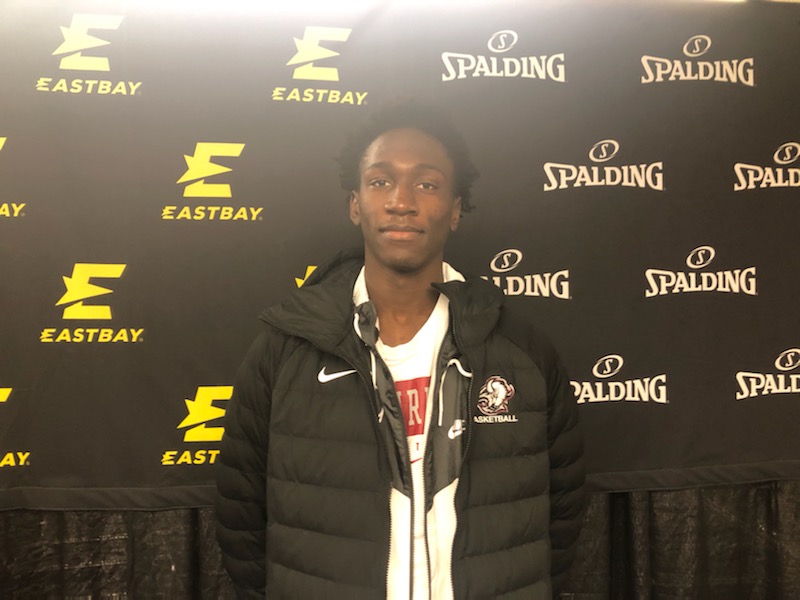 By ADAM ZAGORIA SPRINGFIELD, Mass. — Scotty Middleton, the 6-foot-7, 175-pound forward out of Orangebury, S.C., has a diverse skillset, scoring and facilitating on offense, while impacting the game on defense as well. After his Sunrise Christian (KS) team edged Combine Academy (NC), 72-68, at the Hoophall Classic, Middleton summed up his recruitment and said several schools are working the hardest, including Ohio State, Xavier, DePaul, Kansas State, Penn State, Oklahoma State, Arizona State and Texas Tech. He is ranked the No. 8 small forward in 2023 per 247Sports.com He broke down each school: Ohio State: “Ohio State’s message is to just stay versatile, really. They love how versatile I am, how I compete on a high level.” Xavier: “Xavier is the same, they really like how I compete on a high level and just get my teammates going.” DePaul: “I feel like all the schools are pretty much the same, they just love my versatility. I can be on the ball, I can be off the ball, I can get my teammates going, bring energy when it’s needed.” Kansas State: “[On the visit], I got to see college life, I got to see how big basketball really is, the love for the fans, the love for everything really.” In a previous interview with ZAGSBLOG, he broke down his other top options: Texas Tech: “It was their defense that really appealed to me when I watched them play. When they play in their arena, it’s just a different energy. I could feel the energy in there. Everybody plays hard, defensively, offensively. They get a lot of buckets.” Oklahoma State: “I watched them a lot last year because of Cade Cunningham. I like his game so I watched them a lot. They just fought and everybody bought in. I feel like they knew Cade Cunningham was this star player and everybody bought into their role on the team. I feel like everybody really bought into what the coaches were saying and that’s why they were so successful last year.” Arizona State: “I watched them maybe four times last year. I feel like with them it’s just energy with them. Everything is fun. Everything is smiles, fun. You see everybody happy for each other. That’s what it needs to be like. They’re really happy for each other on and off the court.” Penn State: ” I didn’t get the chance to really watch them last year, but they talk to me a lot. I hear from the coaches a lot and I feel like that’s a big part of me wanting to talk to them even more. They check on me. They talk to me. They send me messages about any little thing to keep in touch with me. I feel like that’s really good with them.” Follow Adam Zagoria on Twitter Follow ZAGSBLOGHoops on Instagram And Like ZAGS on Facebook